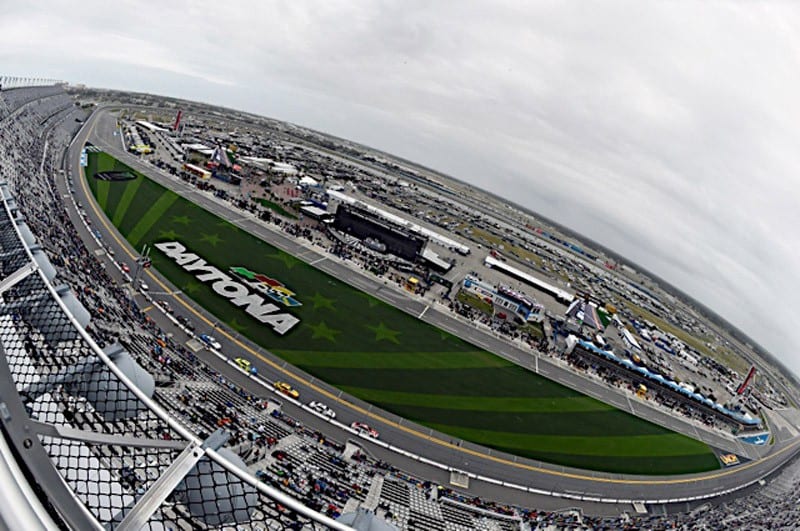 What kind of Daytona 500 will this be?

Over the past 10 years, it seems the vast majority of Daytona 500s have ended up in two distinct categories.

On the other end have been a mix of either mediocre or just boring races to watch. 2013 was marred by drivers struggling to make sense of the then-brand new Generation 6 racecar, highlighted by Mark Martin and Dale Earnhardt Jr. trying and failing to get hooked up on the final lap.

Speedweeks in 2015 was a crazy time, with Jeff Gordon winning the pole for the 500 despite the worst qualifying session in NASCAR history, Kurt Busch getting suspended and Kyle Busch breaking both of his legs in the Xfinity Series race. But the 500 was a snoozefest that ended under caution; Joey Logano’s race-winning pass for the lead came with nine laps to go in the race. 2016 had an awesome finish, but the 199 laps beforehand boiled down to four Toyota drivers blocking for Matt Kenseth.

So what about this year? Well, judging strictly by what we’ve seen so far in the Advance Auto Parts Clash and in the Gander RV Duels, expect a bit of nothing. Nothing really happened in the Clash until the final couple of laps, when Jimmie Johnson accidentally took out Paul Menard and ignited a 14-car wreck.

Other than that, it was high-lane racing for nearly 50 laps. The closest thing there was to an on-track highlight in the first 20-lap stage was when Daniel Suraez passed Martin Truex Jr. for eighth.

The Duels were also fairly boring. There was a lot of sloppy driving simply because there were a lot of young drivers who hadn’t been in a racecar for three months, but there was still a lot of single-file racing in the front group until the white flag waved in both races.

Still, there’s always a chance of something happening in the race itself to throw a curveball. In 2014, everybody was racing on top of themselves for almost 200 straight laps just because rain was in the area and could end the race at anytime. This year, the chance of rain on Sunday is low, but Florida weather can change on a dime.

On Sunday, Feb. 10,, the four Hendrick Motorsports Chevrolet Camaros rocketed around Daytona, putting up lap times good enough where they ended up sweeping the top four spots. Although Johnson ended up eighth in his duel and Chase Elliott finished ninth in the second, William Byron on the inside and Alex Bowman on the outside will still be the starting front row for the 61st annual Daytona 500.

This is the fifth straight Daytona 500 pole for Hendrick, and yet it has not ended up taking home a 500 trophy in that same timeframe. In fact, outside of 2015, when Earnhardt and Johnson finished third and fifth respectively, a Hendrick car hasn’t even finished in the top five of the Great American Race in that span.

In the first two years of the Gen-6, Hendrick dominated Daytona, with Johnson and Earnhardt winning in 2013 and 2014, respectively. And in 2015, it led over 150 laps. But it’s struggled comparatively in the race since.

So don’t read too much into Hendrick’s dominance last weekend. On paper, it looks like a slam-dunk favorite, between qualifying and Johnson’s win in the Clash. But in reality, its viability in the 500 itself is still a huge question mark.

Which team will reign supreme?

The 2016 Daytona 500 is the reason why group pairings will forever be a factor when it comes to superspeedway racing. Toyota’s gameplan in that race was simple in principle, easy in practice, but difficult to set up.

With the lack of tandems, it’s very tough for drivers to work their way up through the field. One thing noticeable in the Clash was that you’d see some drivers try to go to the inside, but then one would get greedy and try to make it three-wide, only for both the lower lanes to be shuffled all the way back. It wasn’t until what ended up being the last few lapsthat we saw the lower line come into play.

Still, if the Toyota drivers (Kyle Busch, Martin Truex Jr., Denny Hamlin and Erik Jones) can find one another at any point on Sunday, they’re probably going to be going up front in a hurry.

It’ll be interesting to watch how they work with the No. 95 of Matt DiBenedetto. Leavine Family Racing is the new customer car for Joe Gibbs Racing, following in the footsteps of the defunct Furniture Row Racing, and who knows just how close the two teams are going to end up operating yet. The 500 won’t be a good measure for how the teams will perform, but it will give us insight into how they will work together.

The Team Penske three (Ryan Blaney, Brad Keselowski and Joey Logano), along with the Penske-prepped Wood Brothers Mustang of Menard, is probably the strongest group in Daytona this week. The Fords have continued to show the restrictor plate strength they had last year, and with these four also willing to work with the other Fords, most notably Kevin Harvick, it’ll be hard to bet against them come Sunday.

With how dominant he looked winning his Duel, the favorite has to be Harvick. He has the experience of being a former Daytona 500 champion, comes into this race on one of the longest runs of success in the history of the sport and has a lot of Ford teammates to work with in the field.

Kyle Busch, much like in 2018 as a whole, represents the best chance for a non-Ford to end up winning the race.

Last year I didn’t have a pick, except that Keselowski wasn’t going to win simply because he entered that race with a lot of hype around him as the favorite. This year, not so much, after a horrible Duel where he got hit with multiple pit road penalties and ended up finishing two laps down in 20th.

This year, Keselowski is going to win it. The 500 winner hasn’t been the favorite entering the race since 2014 with Earnhardt, a man who said just last year that Keselowski was probably the best plate racer in the sport. With it being the final race for the restrictor plate, it would only be appropriate for the iconic Penske No. 2 to finally win a Daytona 500 after over 25 years of trying.