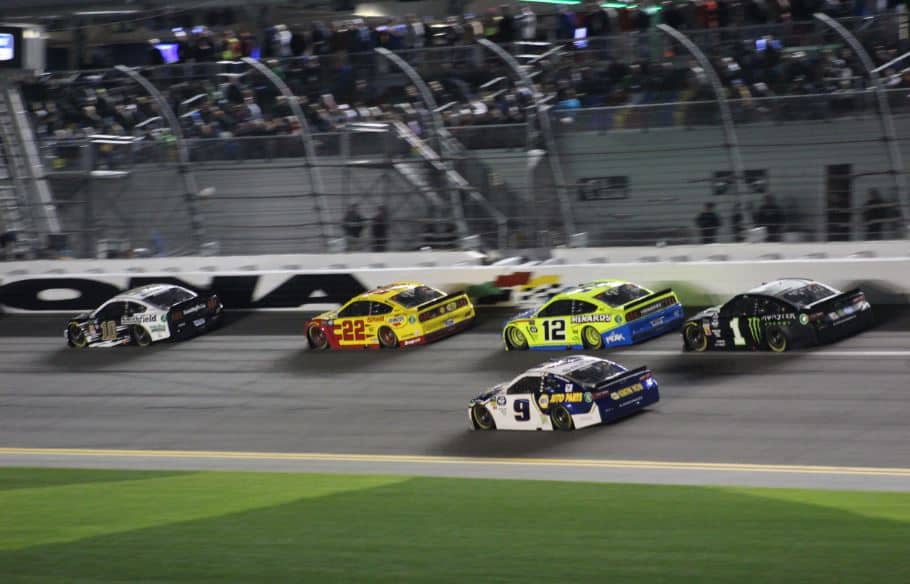 In what was a third of three single-file-dominated races in 2019 Speedweeks at Daytona International Speedway, Chase Elliott was one driver who refused the trend.

Jumping out of line nearly twice a lap in the final 10 laps of racing in Thursday night’s Gander RV Duel at Daytona, Elliott’s No. 9 Hendrick Motorsports Chevrolet was seen advancing spots… before losing those same positions due to lack of support from behind.

And though the moves ultimately led to an eighth-place finish, the fans on pit road were seen fist-pumping to the sight of seeing a driver go for it.

“If [the drivers] are going to ride around the top all day long, I’d be happy to try the bottom,” Elliott said. “To at least make something happen for the great people who are watching here in the stands.”

With Clint Bowyer holding a steady line of cars, it wasn’t until Joey Logano blasted out of the line from fourth spot to score the victory. A powerful move that caught the entire top three off-guard.

A move of that caliber was attempted multiple times by Elliott, who, unlike Logano, had too many cars in between himself and leader Bowyer to make it work.

“I just didn’t feel like riding around the top all day,” he said. “I was trying to move forward and make something happen. I just wanted to try something, you know. Obviously, it didn’t work but I was at least trying.”

“Tonight was a little different than what you’ll see Sunday,” he said. “We didn’t do anything… so we’ll see.”

Thank the brilliant minds at NASCAR for sticking a fork in restrictor plate racing.

At least he got to pass a car a few times and but then fall back worse than where he was.

It might be boring until someone tries to pass a car and then cuts in front of that car into a spot that is not really there. Results: The BIG ONE!

That’s why it’s The Great American Demolition Derby. That’s what NA$CAR has found gets them the most coverage on the networks and uses in all future ads.

Restrictor plate racing stinks worse than ever, victim of micro management by incompetent and bureaucratic NASCAR committees. We’re seeing no racing. Just passes as a result of quick pit crews.

Also I hate the sponsor, Gander RV owner, Lemonis, who did the engine start call for the duels. He is the left wing progressive who bashed Trump over the Charlottesville demonstrations. He said if you back Trump, I don’t want to do business with you. Not too bright.

Alll that was swept under the rug by PC NASCAR and media.

Yes, it was Marcus Lemonis. Made a little bit of a splash at the time. Mark Martin was going to return a high-dollar RV as a result.