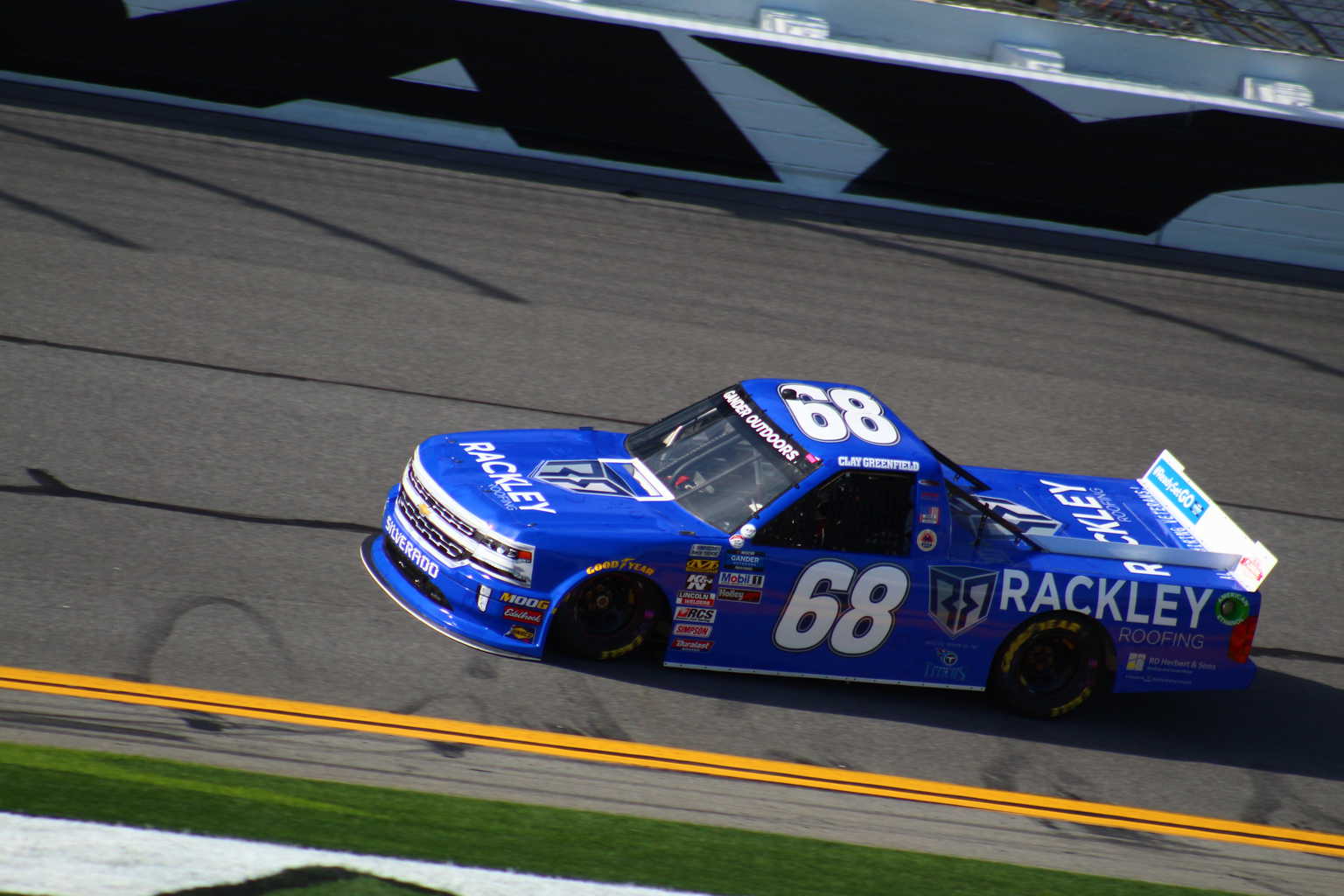 Clay Greenfield and Austin Hill turned some heads when they topped the leaderboard in the two Gander Outdoors Truck Series practices at Daytona International Speedway on Thursday afternoon (Feb. 14).

Greenfield’s truck turned a quick lap of 191.432 mph to be fastest in the opening session. Codie Rohrbaugh (190.634 mph) also turned a surprisingly fast lap to clock in at second. Austin Theriault (190.613 mph), in his return to the Truck Series with Ricky Benton Racing, posted the third quickest lap.

Hill, who replaced defending champion Brett Moffitt at Hattori Racing Enterprises, posted a speed of 192.943 mph to be the fastest in the second practice later in the afternoon.

Rookie Harrison Burton (173.994 mph) had mechanical issues in the second session. The team changed engines and finished the session in 38th.

HB has the @ToyotaRacing truck parked for the night. @KBMteam says they know what the problem is now, since we were able to run those few laps. The @safelite truck will be ready for tomorrow! -PR