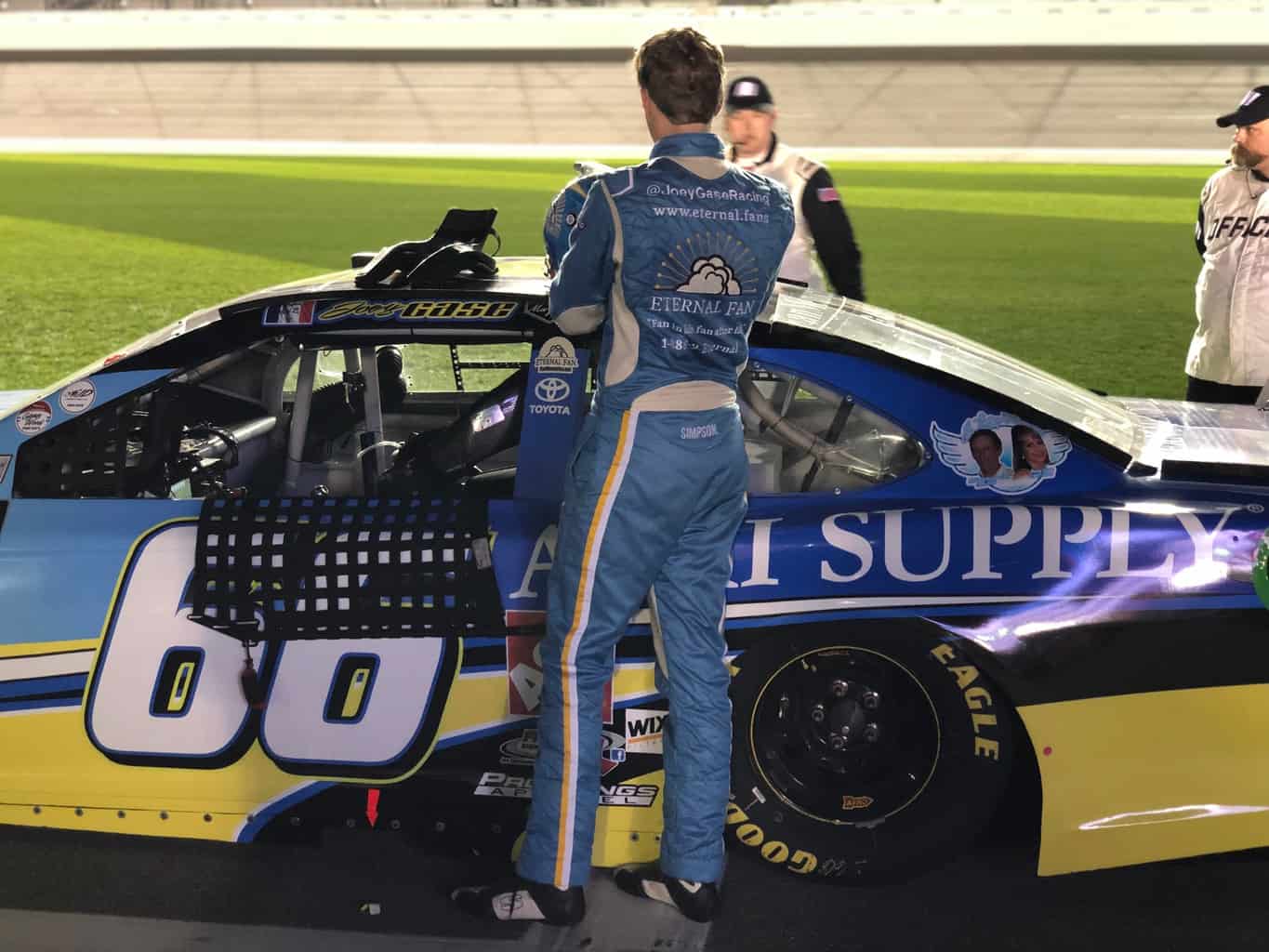 One Joey was celebrating in Victory Lane following the second Gander RV Duel at Daytona. Another Joey was coming to grips with the fact he wouldn’t get the chance to race in the 2019 Daytona 500.

Joey Gase‘s 20th-place finish wasn’t enough to race his way into The Great American Race. Instead, Brendan Gaughan‘s 15th-place result earned his No. 62 Chevrolet the final spot on the grid.

“Of course, I’m disappointed,” Gase said on pit road. “But at the same time, I think we surprised a lot of people by hanging on as long as we did at the beginning. In my book, one of the really, really small teams that attempted, we’re the only car here that doesn’t have a lease motor or an affiliation with anybody. I’m just happy to have the opportunity for how low of a budget deal it is. I could’ve wrecked Brendan, but obviously I didn’t want to do that. He had the faster car. It was fun racing while we could. We’ll go out and hopefully get ’em on Saturday (in the NASCAR Xfinity Series race).”

Gase and Gaughan raced side-by-side for a handful of laps, side drafting each other from outside wall to double yellow line. Gase says the hard racing so early was getting all he could before the inevitable happened.

“We didn’t know if we’d be able to draft at all,” Gase said of his No. 66 Toyota. “If you look at our speed in practice, we got a little better in qualifying and we got a lot better (in this race) […] this being an impound race, a small team and nothing to fall back on, you’ve gotta unload so good. We just don’t have the (resources) to do that. It would’ve been nice if it wasn’t an impound race and we had more time to practice.”

The plan for Gase and team owner Carl Long is still to run a partial schedule in the Monster Energy NASCAR Cup Series. They’ll do that while Gase focuses mainly on his Xfinity Series efforts.

“The plan is still the same,” Gase said of 2019. “That check probably would’ve helped a lot, I mean to a little team like us. I didn’t know what my plans in the offseason were going to be when some bad stuff happened to me. Just gotta thank Carl for the opportunity. Without him I wouldn’t be here.”