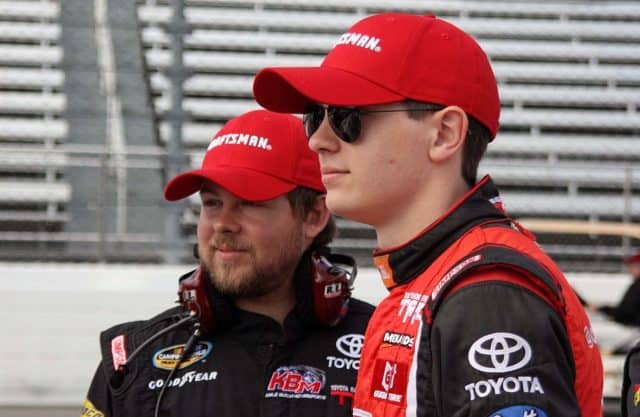 The 18-year-old topped the charts on Friday evening (Feb. 15) with a speed of 182.604 miles per hour in just his fifth Truck Series attempt. He’ll start from the pole for the NextEra Energy Resources 250 running the No. 51 Toyota for Kyle Busch Motorsports. KBM took two of the top three spots as they look to win the season-opening race with their owner, Kyle Busch, sitting this one out.

David (182.556 mph) and Todd Gilliland (181.686 mph) qualified second and third. Harrison Burton (181.357 mph) completed a Toyota sweep of the first two rows, while Grant Enfinger‘s Ford (181.357 mph) was fifth. Enfinger was one of five drivers from Thorsport Racing who qualified as they expand their program for 2019.

The NextEra Energy Resources starts later Friday night at 7 p.m./et and will air on FOX Sports 1.