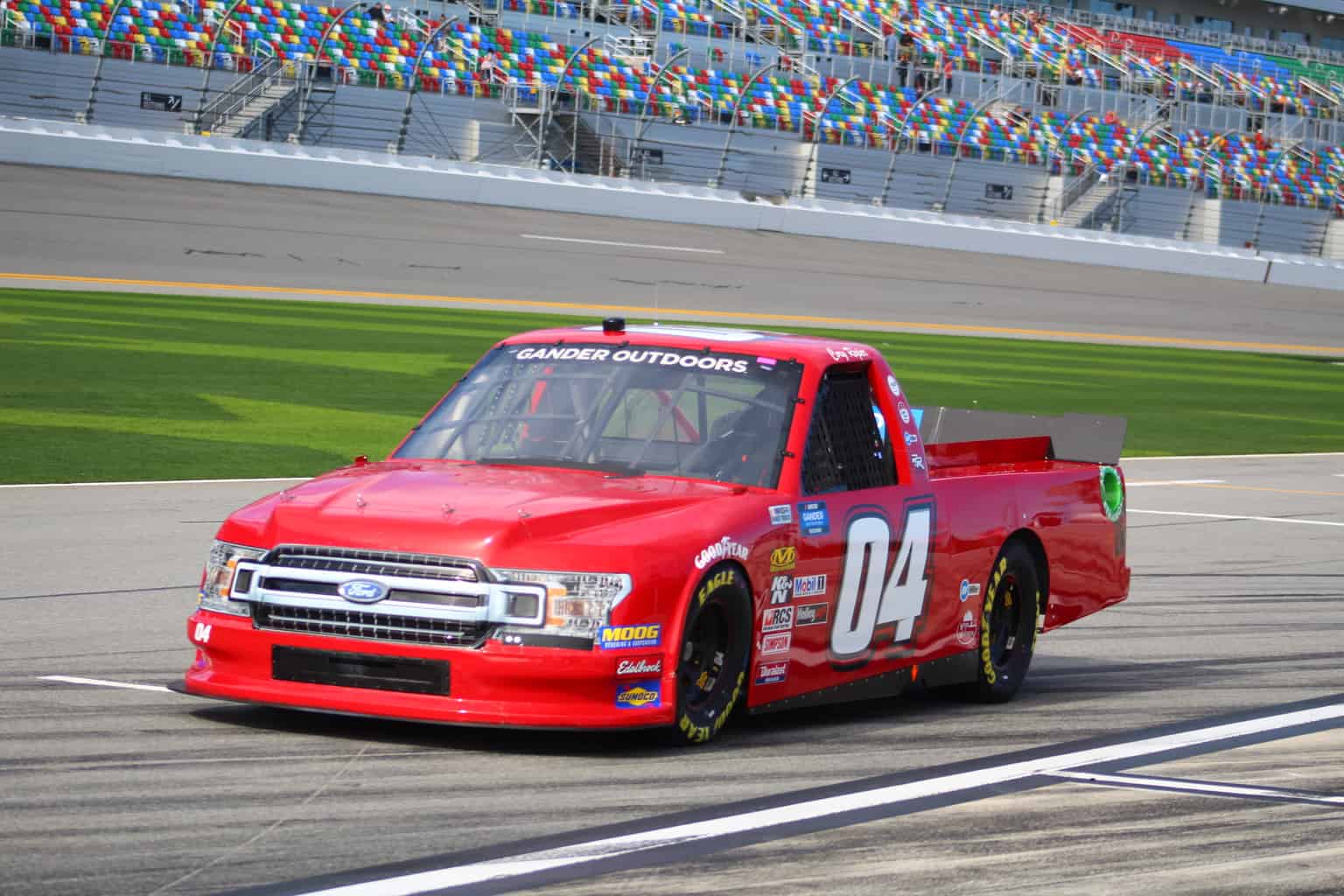 Things were coming together for Cory Roper. But then they fell apart.

The Vernon, Texas, native and driver of the No. 04 Preferred Industrial Contractors Ford ran inside the top five for most of the second stage of Friday night’s NextEra Energy Resources 250 from Daytona International Speedway. But a spin coming off Turn 4 and hard hit into the wall ended his evening prematurely.

“I think I was just trying to put a little pressure on the No. 16 (Austin Hill), get him out to the lead and get back single file,” he said. “I think I got under him coming out of (Turn) 4 in the wrong spot and the front end just washed up on me, put me in the middle and it just went from there.”

This was Roper’s first trip to the 2.5-mile superspeedway. His best career finish in the Gander Outdoors Truck Series is 13th last season at Martinsville Speedway. He was well on his way to setting a new personal record, but the lack of experience proved to be the difference.

“It’s a product of me not knowing — this was the first time I’ve ever been here, first time I’ve ever been in the draft,” he said. “I think I learned a lot, what not to do now. I probably just should’ve stayed back from him. We still had quite a few laps left. I just thought I could get to him, help him and we could get back to single file and kind of go from there. But it didn’t work that way.”

The racing throughout the pack for the entirety of the race was top notch. Trucks were side drafting left and right, making moves top to bottom and were putting on a show for the fans at DIS.

“Everybody was just dancing around, it was hard racing,” Roper said. “Nobody really just fell in and rode the whole time. Looks like I was a product of the same thing there towards the end. I was just trying to clear the guy outside of us. (Matt) Crafton was pushing on me pretty hard so I was trying to push the No. 16 to the lead and keep it there.”

Being a small team, the exposure while running up front could do wonders for an organization like Roper Racing Team, a small family-owned team that works through the night to just make it to the track.

“My brothers are building these things at night,” he said. “It was good to be there. It was fun, a little disappointing. We had a good truck, it was running good. I just made a mistake coming off Turn 4, I hate I ruined it for these guys.”

As for the rest of the season, Roper and company would like to run the full schedule and have the means to do so. However, funding is the one thing holding them back at the moment.