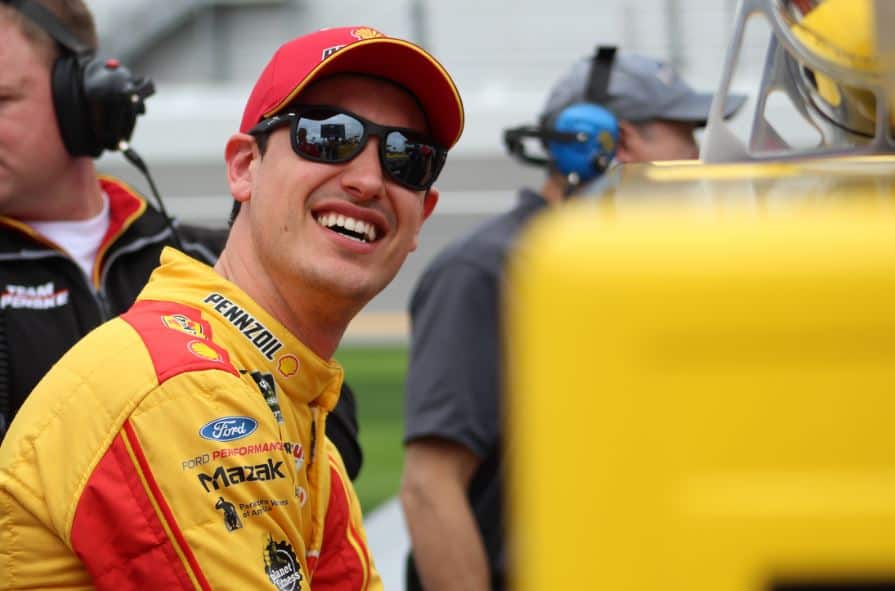 The 2019 NASCAR season begins on Sunday, Feb. 17, with the running of the 61st Daytona 500. Millions around the country will begin their fantasy leagues, daily fantasy participation in the sport and start gambling on the race winner. It’s a phenomenon the sport hasn’t ignored; NASCAR hired Sportsradar Integrity Services to help shape a gambling policy in the wake of legalization across the United States.

Starting this season, drivers and teams are no longer able to bet on race or disclose any confidential information that could affect betting lines. Any daily fantasy sports participation (or weekly) cannot come with a prize of more than $250 for them in any game. The policy aligns NASCAR to grow its gambling tie-ins while making sure its participants don’t muddy the waters, a line drawn in other major sports the last few seasons as the amount wagered on sports gambling increases.

But that doesn’t stop you, the fan, from playing FanDuel daily fantasy as the 2019 season heats up. But whether that’s your league of choice, it’s DraftKings or elsewhere, this weekend’s salary analysis should help you pick a driver pretty much anywhere as you try and navigate the unpredictability of restrictor plate racing.

Also, with only 0.1 points awarded for each lap led by a driver, the need for a dominator is less important when building a winning lineup. The 200-lap race will only have a total of 50 points up for grabs in this category. Take note when building your roster and focus on mid-pack drivers who can climb up toward the front on race day.

Here’s a few drivers to keep your eye on in the sport’s season opener, courtesy Frontstretch and Tom Bowles.

Logano, the sport’s reigning NASCAR Cup champion, made the best pass of Daytona Speedweeks thus far in winning his second Gander RV Duels race on Thursday. Jumping from fourth to first on the final lap, he surprised Clint Bowyer and, in the process, established himself as one of the favorites entering Sunday’s race.

The driver known as Sliced Bread sliced through the field to win the Daytona 500 back in 2015. He hasn’t run outside the top 10 in NASCAR’s season opener ever since, earning another top-five finish during that stretch (fourth last year). Add in the relative strength of his team, willing to work together in the draft, and Logano will be hard to beat in Sunday’s race.

Harvick has struggled mightily in recent years at Daytona, going nearly three years without a top-10 finish. He’s crashed out of three straight points-paying races at the track.

But that also means the 2007 Daytona 500 winner is due for some good luck. He cruised to victory in his Duel race last night as part of a 1-2-3 finish for Ford’s new Mustang. Confidence is high within his organization, and it’s clear Harvick has the speed to win there with this team; he led 50 laps in the 2017 Daytona 500 before a wreck ruined his chances.

Add in the dominance of Stewart-Haas Racing at the last restrictor plate race, Talladega Superspeedway, and it’s clear the four-car team will be a freight train of superglued speed in the draft. At some point, the bad luck for Harvick is going to run out here and he’ll cash in with a trip to Victory Lane.

Elliott also has a history of poor Daytona luck. His three poles here have yet to produce even a top-10 finish, and the young driver has crashed out of two straight races there.

So why is there reason for optimism? Elliott, under the radar most of this Speedweeks, quietly showcased a car that can pass on the inside in his qualifying Duel. That’s important considering how much Daytona has been a one-groove racetrack over the past week. Claiming “he tried” in his post-race interview, it’s clear the driver is hungry to show some results at one of NASCAR’s legendary tracks.

Busch has gone four straight races without a top-15 finish at Daytona, a track he’s struggled at since a horrific 2015 crash there that knocked him out of the car for three months. The Toyotas have, for the most part, taken a back seat to Ford and Chevrolet during Speedweeks to date.

But let’s not discount one factor that will play into Busch’s Sunday drive… he’s mad. His primary car was a mess after Jimmie Johnson made a mistake and spun him during the first qualifying Duel Thursday night. Busch responded with expletives, angry despite Johnson immediately taking responsibility for the incident.

An angry Kyle Busch these days can be incredibly effective. If he survives until the end of the race? Watch out.

Stenhouse is coming off a disappointing year in which he missed the playoffs and failed to register a Cup victory. Plate tracks were his biggest disappointment; he failed to register a top-10 finish at Daytona. A 2017 Coke Zero 400 victory faded away after a February wreck in the 500 and a series of incidents he caused last July.

But a second-place finish in Thursday’s Duel race reestablished confidence for the Roush Fenway Racing driver. The new Mustang has great speed, and Stenhouse never lost his ability to navigate through the draft. It’s a good buy for the price.

Johnson is on the radar for all the wrong reasons this week. A bizarre victory in the exhibition Clash race, his first since Dover in May 2017, was tarnished by a 17-car wreck that happened through contact with his front bumper. Then, in Thursday’s Duel, contact with Kyle Busch sent the No. 18 spinning and Busch’s temper spinning out of control toward Johnson.

That’s put Johnson on the revenge list for several people entering Sunday’s race. But at the same time, Johnson’s driving for a Hendrick Motorsports outfit that appears revitalized. He’s come out swinging after a divorce from crew chief Chad Knaus; new head wrench Kevin Meendering seems to have a good grasp thus far on how to fix the No. 48 team. It definitely feels like a boom-or-bust option for the price.

Wallace, second in the Daytona 500 last year, knows these restrictor plate efforts are his best chance to score a Cup victory. His single-car Richard Petty Motorsports team puts the most into Daytona and Talladega knowing the magnitude of what a win would do for the program. And it’s a proven Daytona winner in recent years; Aric Almirola took its No. 43 to victory there in the July 2014.

It feels like circumstances are once again in place for Wallace to do well after a respectable run in Thursday’s Duel race. Can he navigate through the big wrecks likely to dominate the day and stick around for the finish?

Menard has emerged as an unlikely underdog, a journeyman driver with no history of Daytona success. But the Clash polesitter stayed up front the majority of Sunday’s event, in position to win before contact with Johnson ended that Cinderella effort early.

Can Menard, third in his Duel, pull magic out of his hat once again? He drives for a Wood Brothers team who has won the Daytona 500 as recently as 2011 with Trevor Bayne. The Team Penske outfit he’s aligned with won the other Duel with Joey Logano. For the price, it feels like Menard is a steal; keep in mind he ran a solid sixth in the 500 last year.