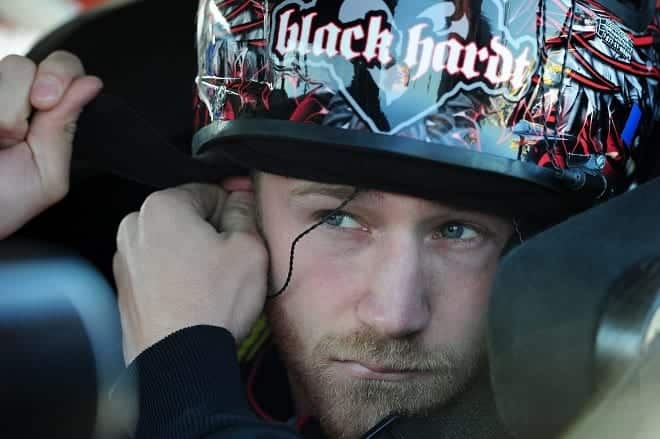 The last thing that comes to mind when hearing the words Earnhardt and Daytona is uneventful. But that’s perhaps the perfect word to describe Jeffrey Earnhardt’s debut race with Joe Gibbs Racing, a lead-lap, 15th-place finish.

It’s also more valuable than it may seem on the surface.

Thanks to a penalty for changing tires post-qualifying, Earnhardt inherited the pole from Tyler Reddick. He then proceeded to lead the first 29 laps of Saturday’s NASCAR Xfinity Series season opener. He finished the first stage in fourth after falling victim to a late charge by Justin Haley on the backstretch.

The crew spent the pace laps asking their driver to speak up on the team radio, but that didn’t stop Saturday’s race from being full of radio silence for almost laps at a time. Earnhardt ran a steady, straight line through the second stage. And the final stage. With single-file drafting at the front, Earnhardt stayed put and held a steady wheel. Sponsor iK9 has to be pleased with the partnership.

But when it came to make sudden moves, Earnhardt looked like a rookie. He was unable to block Haley to hang onto a stage one win or to hang onto teammate Christopher Bell’s bumper when making banzai charges for position in the final five laps. Even wielding a potent JGR Toyota with a Supra body that seemed up to the task (Bell made more unassisted passes than any car in the field, while Brandon Jones finished third), Earnhardt was unable to gain any positions back on the final lap. In fact, he finished as the very last car in the lead draft.

There was also room to improve on pit road. Earnhardt lost ground exiting to teammate Bell on at least two occasions. And there was the lap 79 incident that saw him misjudge a merge into the high line on the backstretch, clipping Ray Black Jr.’s No. 07 and sending him spinning.

But rewinding back to how Earnhardt’s 2018 season ended, Saturday (Feb. 16) was a Daytona result any objective observer should take to the bank and run with. It wasn’t Darlington Raceway or Indianapolis Motor Speedway, which saw Earnhardt involved in late-race incidents that were both erratic and race-altering. It wasn’t a race where the car got banged up early and proved a handful late. Earnhardt held the draft, steady and fast enough not to get shuffled out and in three-wide action. (Earnhardt did an excellent job navigating the tri-oval in a near-wreck with Ross Chastain on lap 116). There were no overt mistakes on pit road. And the Supra came home in one piece.

A quiet, steady, clean 15th-place finish in a race that even the veterans had trouble passing. That’s progress, even for an Earnhardt at Daytona.

15th in a Gibbs car is pretty poor. Why do people think that anyone with the surname Earnhardt or any Earnhardt blood in their veins is going to be a great racer? Reality says otherwise, it seems that after Ironhead they are all duds, including Junior who is perhaps the biggest dud of all.

Still, there’s just something sacrileges about an Earnhardt in a Toyota.