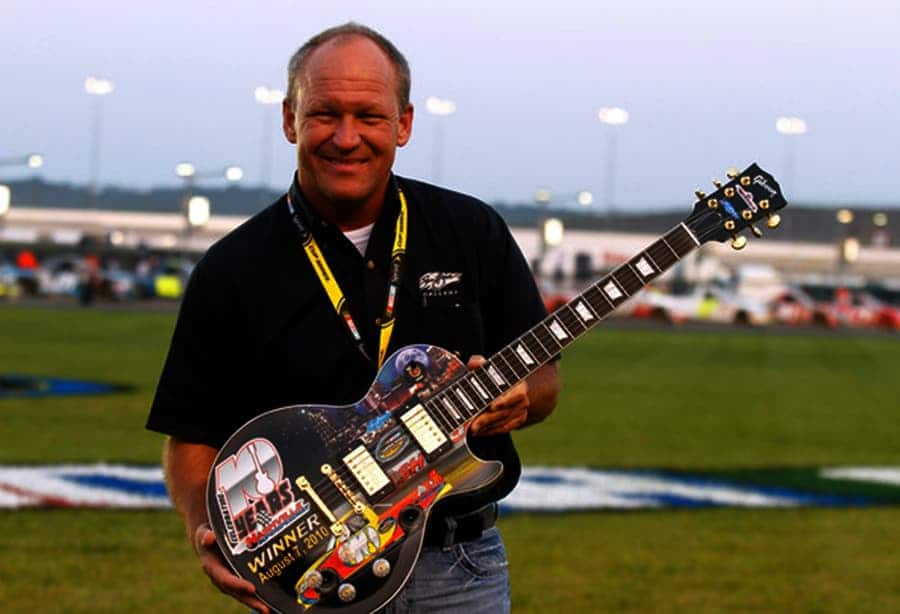 Famed NASCAR artist Sam Bass passed away on Saturday at the age of 57, according to a press release tweeted from Bass’s Twitter account. Bass had battled health issues in recent years, specifically an illness that affected his kidneys.

Bass was widely known and recognized in the NASCAR community for his artwork that graced countless programs, posters, racecars and trophies across all levels and tracks on the NASCAR circuit. The first artist to be officially licensed by NASCAR, Bass’ passing immediately triggered an outpouring of sympathies from the racing community.

I never got to meet Sam Bass in person, but he was like a friend to me here on Twitter. He even sent me this Jimmie Johnson print that he made a few years ago. He loved working on art for Nascar and he did so for over 40 years. RIP Sam. pic.twitter.com/cz7ex5bT9x

So sad to hear the news about Sam Bass…. A wonderful man who contributed so much To NASCAR on his own creative way…. #RIPSam

RIP Sam Bass, your designs were literally what drew me to the sport of NASCAR as a little kid. Anytime my parents would put on a race when I was a toddler (mid 90s) they said I would always get excited whenever I saw Jeff’s rainbow colors and from there a fandom was born pic.twitter.com/I8zgPgq36U

My favorite @SamBassArtist story that I wrote concerned how he linked up with @JeffGordonWeb to become the paint scheme designer of the iconic No. 24. https://t.co/gCK4wBnMBC

NASCAR has released a statement regarding Bass’s passing. Nothing has been said yet regarding any potential tribute decals or similar items for tomorrow’s Daytona 500.