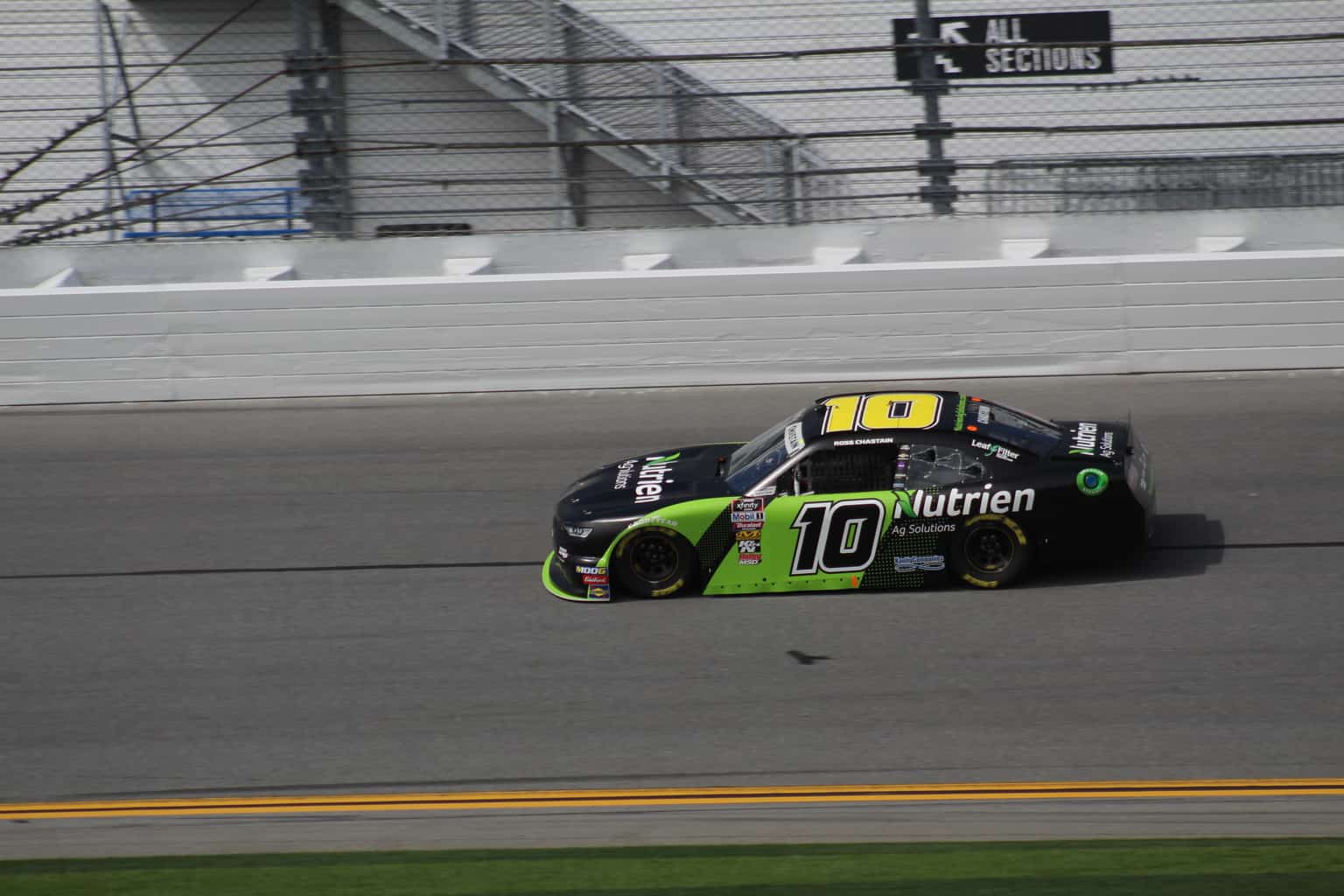 Despite the highs and lows of Ross Chastain‘s last six months, the fan-favorite underdog continues to impress.

Chastain only finished 13th in the NASCAR Racing Experience 300 at Daytona International Speedway on Saturday afternoon (Feb. 16), but the result was not indicative to the day he had.

Kaulig Racing entered Chastain in the company’s second car — the No. 10 — for the NASCAR Xfinity Series race at Daytona, where he and teammate Justin Haley shined early. The duo ran second and third in the closing laps of stage one before pulling down and sneaking by leader Jeffrey Earnhardt to finish one-two in the stage.

“It was awesome,” Chastain said. “[Haley] did it perfect, and Jeffrey let it happen… It was pretty good for Matt Kaulig to start out one-two.”

Haley suffered damage on pit road to halt his winning effort, but Chastain powered his way to win the race’s second stage. His 19 stage points were the most of any driver, and Kaulig doubled its career stage wins with the stage sweep.

“We all know [Kaulig’s] a good team and they bring awesome cars, especially at the superspeedways,” Chastain said. “I just was the one holding the wheel.

Chastain took four tires during the stage break, while a lot of cars passed him by taking two tires. It seemed like Chastain would have the long-term advantage, but Chastain’s car fell off as the day went on, and once he fell out of the top 10, he could not work his way back up to the front.

“It was really tight,” Chastain said. “I actually lost quite a bit of grip on that last run.”

The leaders ran single file against the wall for the last 37 laps of green-flag racing, leaving it an impossible task for anyone further back to make any moves.

“It’s just frustrating when guys won’t work together for the better good,” Chastain said. “Nobody on the bottom would work together.”

Chastain said the ending would have gone down differently had he had his teammate Haley at the end.

Despite a missed opportunity to score a win and lock himself into the playoffs before he goes back to JD Motorsports, Chastain is still optimistic after everything that’s happened to him prior to this race.

Chastain was previously slated to race the No. 42 Xfinity car for Chip Ganassi Racing before the FBI raided the home of sponsor DC Solar’s owner and CEO Jeff Carpoff. Instead, CGR pulled the plug on its NXS program and left Chastain to return to JDM with the exception of a three-race deal with Kaulig.

“After the last six months of my life, I take nothing for granted,” Chastain said. “To go from the highs of winning last year to what all we went through this offseason and all the people’s lives that got upended. Mine was a small part. I’m blessed to be here and get this opportunity.”

Chastain is doing triple duty this weekend at Daytona, as well as at Atlanta Motor Speedway next week as well.