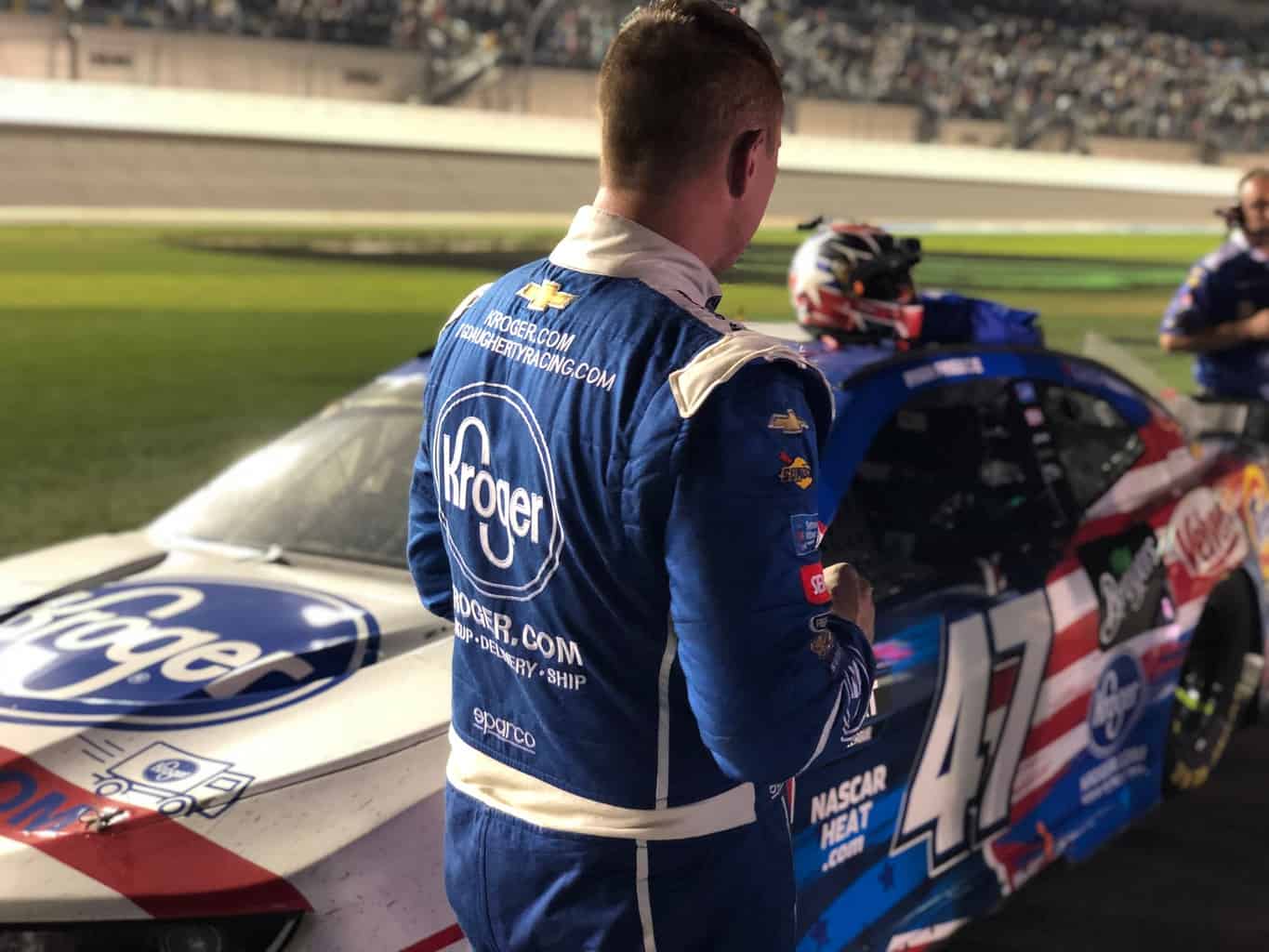 Ryan Preece looked like anything but a rookie in his first start as a full-time Monster Energy NASCAR Cup Series driver at Daytona International Speedway.

The Berlin, Connecticut native wheeled his No. 47 JTG Daugherty Racing Chevrolet to a eighth-place finish in The Great American Race, dodging two of the Big Ones as day turned to night.

“One thing racing (throughout my career) […] I don’t like wrecking equipment,” Preece said on pit road. “So I try to be as focused as possible and dodge wrecks. Because I didn’t want to cost the owners money or chassis builders money. I think that’s paid dividends in my career because I try not to wreck and if you wreck you can’t finish first. Sometimes it’s lucky I guess. Sometimes you’re the bug, sometimes you’re the windshield. I’m just happy we made it through.”

Although he was humble, these wrecks he dodged were straight out of Days of Thunder. He went full send, as those darn millennials say, and made it through relatively unscathed.

“I’ve always tried to think of myself of someone that looks ahead,” Preece said. “Minus that one time I drove into Chase (Elliott) trying to slow up. Sometimes it’s better to be lucky than good too. A good day all in all, a top 10. That’s exactly what I wanted to do. I just wanted to finish, to be honest with you, going into this race because I hadn’t finished at Daytona yet. It’s a good day.”

Preece ran as high as fourth and looked to be in position to challenge for the victory. But big picture wise, he was content with a top 10. As he said, he just wanted to finish the race.

“A lot of it today was letting a lot of the guys know that I’m not erratic,” he said. “I can race with them. I’m smart about decisions I make, and hopefully down the road when we go superspeedway racing they’ll work with me. Because I am the rookie, I did get put in awkward situations I would say (on) more than one occasion. When you’re the new guy on the block, that’s going to happen.”

In overtime, Preece was one of the only Chevrolets in the top 10, and the only one without major damage. Surrounded by Fords and Toyotas, it was tough to find a dance partner. Add that on top of being a rookie with little experience, and you’ll find yourself alone on an island.

“It’s tough right now when you’re the rookie and not a lot of people want to work with you,” he said. “I’ve never been a huge fan of blocking, but that’s what this comes down to. I just need to work on stopping runs. I stopped us from probably getting a top three, top four finish because I didn’t block Erik (Jones) on the backstretch good enough. At the end of the day, it’s still a top 10.”

Preece will file away these notes and take them with him throughout the season. After all, learning is the name of the game for a rookie like Preece at a smaller team like JTG Daugherty Racing.

“I learned so much today as far as how to work the air bubble with the draft, how to work everything to be honest with you,” he said. “It was a learning day, a good end of the day and now we get to move on to Atlanta.”