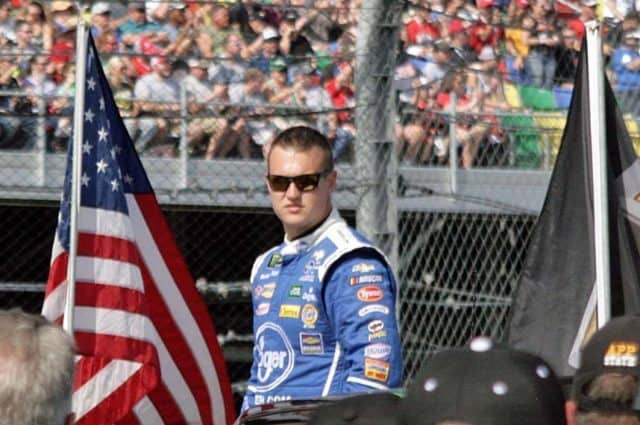 In a fun Frontstretch Podcast, Dustin Albino, Mike Neff and Ryan Preece discuss this year’s Daytona 500 as a whole.

In an interview with Preece, he talks about his eighth-place finish in the Great American Race and how it felt running third on the final lap. He believes that inexperience was 80 percent of the reason why the No. 47 car faded to eighth, with the remaining 20 percent due to crash damage. The Connecticut native goes in-depth on missing two big wrecks by splitting the carnage.

Then, Preece discusses his goals for 2019 with the new aerodynamic package and potential goals. He discusses why the uncertainty of this package may benefit JTG Daugherty Racing and why he feels the team could potentially contend for wins. Also, it wouldn’t be an interview with Preece if you didn’t mention the modifieds, which he notes he will be running between six and 10 modified races this year, whenever his schedule allows.

Next, Albino and Neff discuss Denny Hamlin‘s Daytona 500 victory and why Toyota dominated the show. Adding Matt DiBenedetto, who led a race-high 49 laps, and Kyle Busch to the mix, Toyota led 116 laps as a manufacture.

Finally, the duo discuss surprises in the 500, including William Byron and Brad Keselowski, for different reasons, while mentioning Michael McDowell‘s top-five run and the fire he showed after the race.