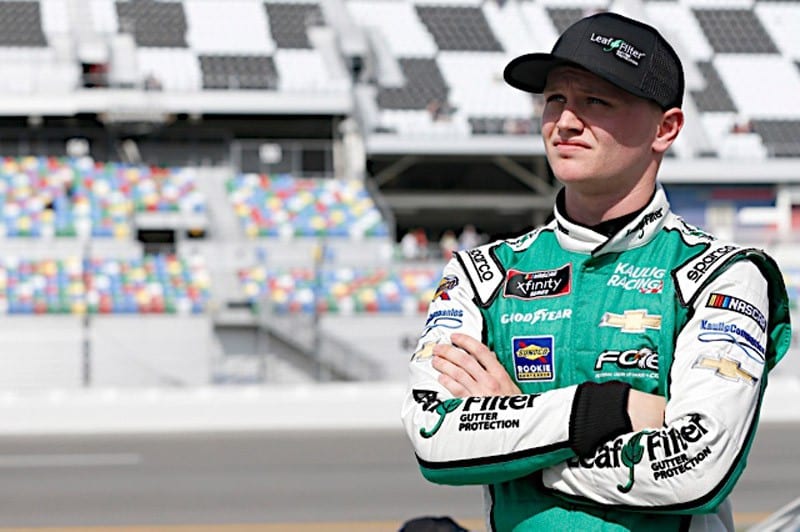 Cole Custer was fastest in the opening session of the day with a lap speed of 178.218 mph, running just 12 laps during the session.  Christopher Bell followed in second position with a speed of 176.989 after running 31 laps, the most laps of anybody in the session.

Rounding out the top five were Justin Haley, Justin Allgaier, and Jeffrey Earnhardt, who is running his second of nine races in the Joe Gibbs Racing No. 18 car.  Daytona winner Michael Annett finished the session in the seventh spot and ran the best-10 lap average with a speed of 171.719 mph. Austin Cindric, Tyler Reddick and Jeremy Clements completed the top 10 in the session.

The second and final session for this week was paced by Haley with a fastest lap of 177.783 mph, after turning 34 laps during the afternoon session. Noah Gragson ran 44 laps during the session and wound up in the second position with a speed of 177.584 mph.

Custer ran third; Ryan Preece, driving the No. 8 car for JR Motorsports this weekend, was fourth while Reddick rounded out the top five.  Cindric, Ryan Sieg, Bell, Brandon Jones and Annett also poster top-10 speeds. John Hunter Nemechek ran the most laps of the session with 55 and wound up in the 12th position.

Teams will hit the track next on Saturday morning to qualify at 9:35 a.m. ET.