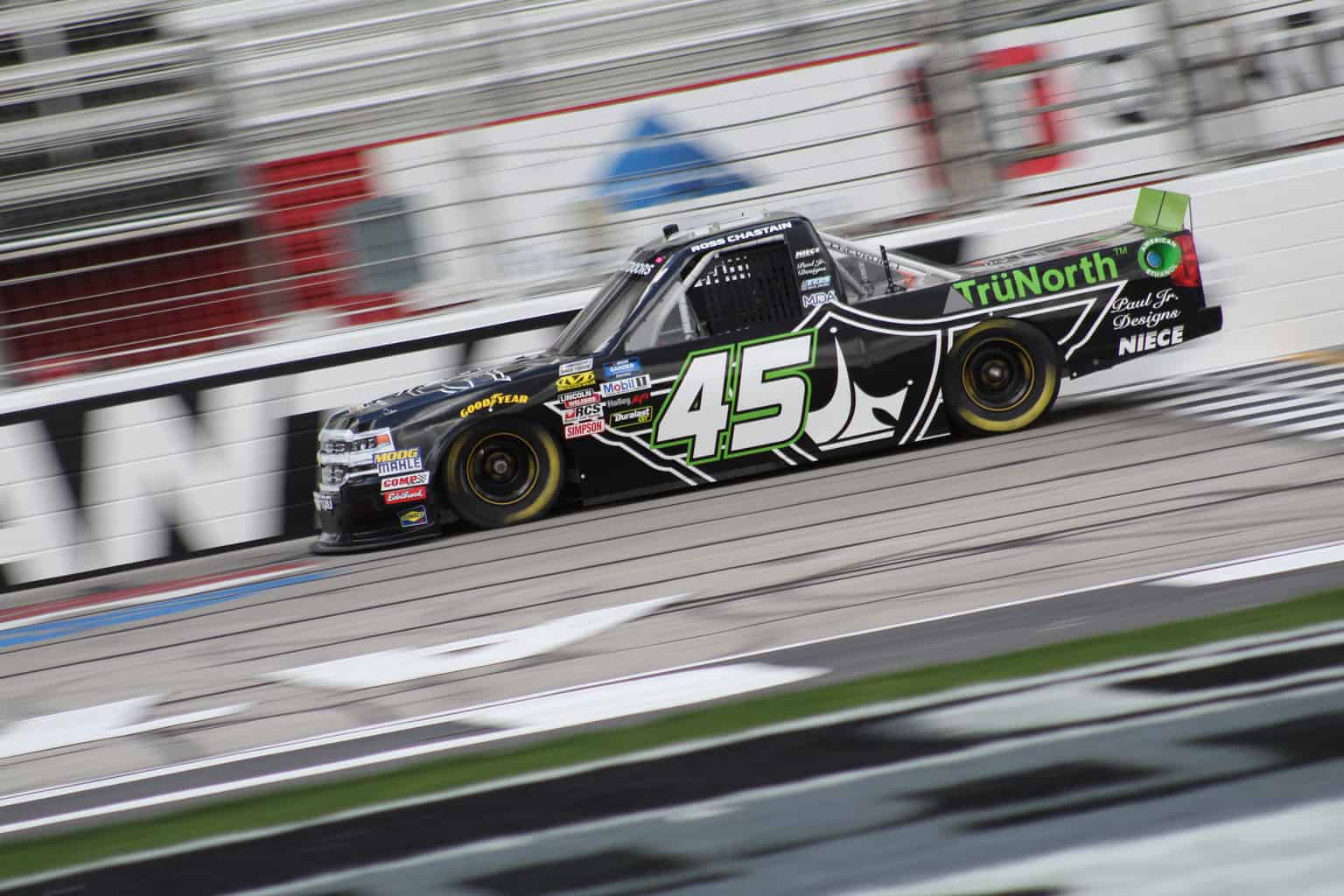 Last week, Niece Motorsports had its best day in its four-year history when Ross Chastain finished third and Timothy Peters was seventh at Daytona International Speedway.

The underdog team followed it up on Saturday evening (Feb. 23) when Chastain and Peters each earned top 10s at Atlanta Motor Speedway. Going into this season, Al Niece’s team only had three total top 10s, and it already has four in just two races this season.

“I hope [it does] a lot [for Niece],” Chastain said. “I hope people take notice and come and help us.

“Al [Niece] isn’t here; he didn’t come this week. He’s back home, and I’m going to call him in just a minute. I hope he’s enjoying all the fruits of his labor. He’s just an old redneck like me, and we’re out here getting to race together.”

Chastain ran inside the top 10 all night, finishing 10th in the first stage and seventh in the second. He made use of three-wide passing on the final restart to get around Todd Gilliland and finish sixth.

“We’re getting better. We’re getting closer,” Chastain said. “I feel like this is a good first step for our mile-and-a-half program.”

Peters, on the other hand, never entered the top 10 until the final restart, when he passed Tyler Dippel and Anthony Alfredo to finish 10th.

“It’s not bad. It’s a boost of momentum for the team,” Peters said. “We were just a little bit tight all night long. The guys worked hard and did a good job to get the balance where we need it to be.

The race had a red flag for rain with eight laps to go, and had the race ended at that point, Peters would’ve finished 14th. He was glad the race went back green.

“We gained a lot on that last restart. Maybe a little experience paid off there at the end,” Peters said.

Next week at Las Vegas Motor Speedway is Peters’ last of a three-race deal with Niece. He said will do that race and then see about running more.

For Chastain, the race was his fifth national touring series race of the year. He’s done triple duty (Monster Energy NASCAR Cup Series, NASCAR Xfinity Series, Gander Outdoors Truck Series) each of the past two weekends, and his worst result so far is 14th in the Xfinity race at Atlanta earlier on Saturday.

“Darn it, 14th,” Chastain jokingly said. “All on lead lap. So that might come to an end tomorrow [in the Cup race]. Our average finish might start dwindling after tomorrow.

“But it’s all been publicly documented what’s happened in my life, so it’s easy to get down when I think about stuff and feel like the world’s against me. But I’ve got so much going for me — people like Niece Motorsports standing behind me through all this… A year ago, I would’ve given my left arm to drive this [No.] 45 truck. I convinced them to put me in it, and it’s paying off.”

Next week, Reid Wilson will pilot the No. 45 Chevrolet, as he and Chastain are splitting it in 2019.