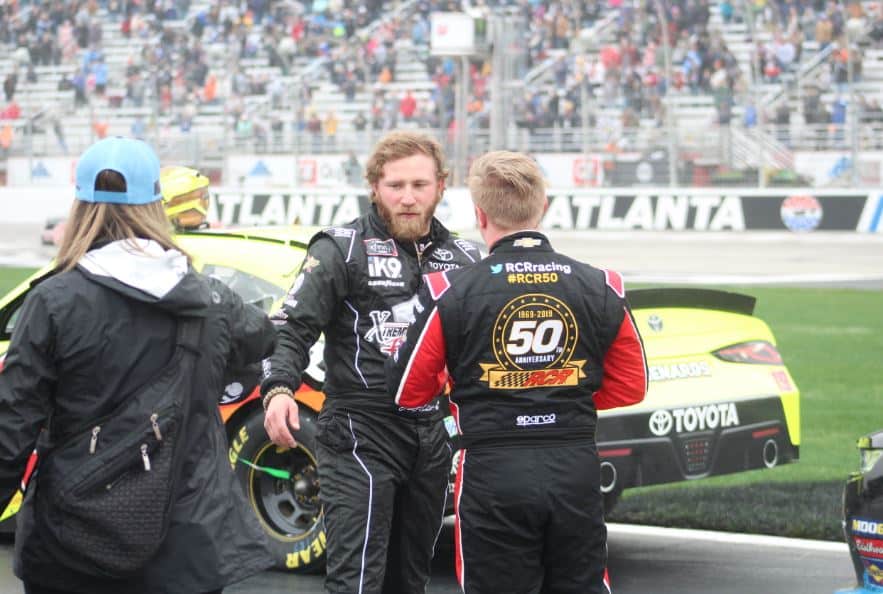 Jeffrey Earnhardt had the chance to do what his grandfather Dale Earnhardt did nine times, win at Atlanta Motor Speedway.

The fourth-generation racer lined up on the outside of leader Christopher Bell on the final restart of the Rinnai 250 with an opportunity to steal a win away from his dominant Joe Gibbs Racing teammate. But Earnhardt spun the tires coming to the green and dropped like a rock to the bottom of the top 10.

Earnhardt said that it was because the top groove was hard to start from.

“Everyone else struggled up there too,” Earnhardt said. “It’s hard to get the tires to the ground. I knew that’s typical here, but you just hope maybe you just nail it on that restart. We didn’t.”

Earnhardt salvaged a sixth-place finish — his first career top 10 — but he knows he could’ve gotten more.

“It just sucks,” Earnhardt said. “I was looking forward to maybe winning this damn thing. Christopher had a good car. Congrats to those guys… but I was really hoping to pull out a win.”

Earnhardt kept the No. 18 up front all day. He finished seventh in the first stage and fifth in the second. Meanwhile, Bell led 142 of 163 laps en route to a dominant victory.

“It’s good, but they’re putting me in winning-capable cars, and I want to win in them,” Earnhardt said. “This is honestly a dream come true. It’s a once in a lifetime opportunity.”

Earnhardt leaves Atlanta seventh in the NASCAR Xfinity Series points, but he is not currently scheduled to race the full season. His next scheduled race is with new team Xtreme Concepts Racing in a few weeks at Texas Motor Speedway. The next time Earnhardt will be in a JGR car is at Talladega Superspeedway in April.

The 29-year-old said he would consider racing for someone else in the races he’s not scheduled to run, but he hasn’t thought about it yet.