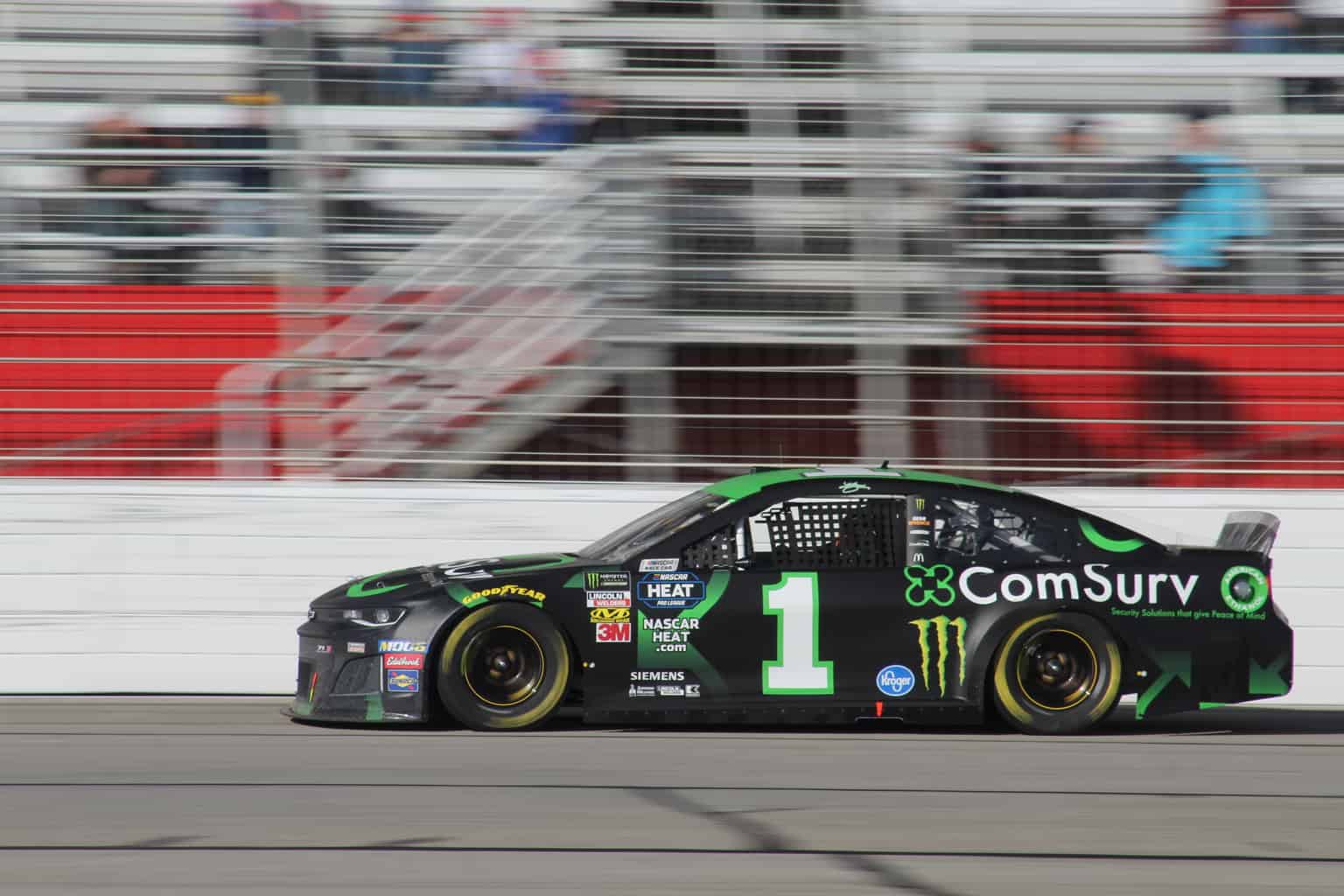 When Kurt Busch announced he was leaving Stewart-Haas Racing for Chip Ganassi Racing, it was seen by many as a step back.

There was no denying Busch’s talent, but SHR was the most dominant team of 2018, winning 12 of the 36 races. CGR, meanwhile, went winless last year.

But Busch proved in Sunday’s (Feb. 24) Folds of Honor QuikTrip 500 at Atlanta Motor Speedway that he has the ability and the equipment to compete with his former team. The 2004 Monster Energy NASCAR Cup Series champion finished third in the race behind Brad Keselowski and Martin Truex Jr. Busch beat all four SHR cars.

“Getting a top five in our second race at Ganassi was pretty cool,” Busch said. “They arm wrestled us a little bit at the end. [I] couldn’t quite get the car to cut in Turns 3 and 4. But we put up a battle, put up a fight, and I’m proud of the team communication today.

“It’s awesome to know we can run top five right away, and we got to keep that rolling.”

Busch was also the top Chevrolet in the event, topping his new teammate Kyle Larson, who led 142 laps before serving a pit-road speeding penalty. Larson’s handling went away, and he only recovered to the 12th position, while Busch’s car got better as the day went on.

“It was great. Watching Larson up front, I knew I needed to drive harder to catch him,” Busch said. “Our balance was a little bit looser, and then the track came to us a little bit better at the end. It was good for us to carry [the Chevy] banner.”

The finish was Busch’s best at Atlanta since he won at the track in 2010, coincidentally in the same No. 2 Team Penske car that won on Sunday.

“We needed a good, strong run to bounce back after Daytona [International Speedway],” Busch said. “This was pretty sweet. Atlanta is one of my favorite tracks, and it’s a good track to learn this new packaged and learn the balance of loose and tight.”

The race was the first of NASCAR’s tapered spacer era, with horsepower being reduced to 550.

“The package, the way that you drive it, it’s not much of a challenge on corner exit,” Busch said. “With the way it was before, we had all that horsepower. That’s what I’ve run for the last 20 years. So on corner exit, there wasn’t as much busyness, and if you lost momentum, it took laps to get it back.”

The 40-year-old didn’t get the result without a little help. Busch finished fourth in the first stage, but fell to seventh in the second one. On the last pit cycle, he and Joey Logano stayed out longer while the rest of the field pitted under the green flag. A caution came out on lap 274 for fluid on pit road from Ryan Preece‘s car before Logano and Busch pitted, leaving them as the only cars on the lead lap.

Busch was in second on the final restart, with the rest of his competition trapped behind lapped cars after they took the waive-around. Busch jumped past Logano to lead a lap, before losing the spot back. Eventual race winner Keselowski and second place Truex soared past the No. 1, but Busch maintained his sizable advantage over the rest of the lead lap cars and passed Logano again en route to finishing third.

“We were good on the long runs, so we could stay out longer than most, and that helped us catch that caution at the end to bump up a little bit,” Busch said. “We were a sixth-place car, finished third today.”

Busch leaves Atlanta at eighth place in the point standings, 24 points behind first.