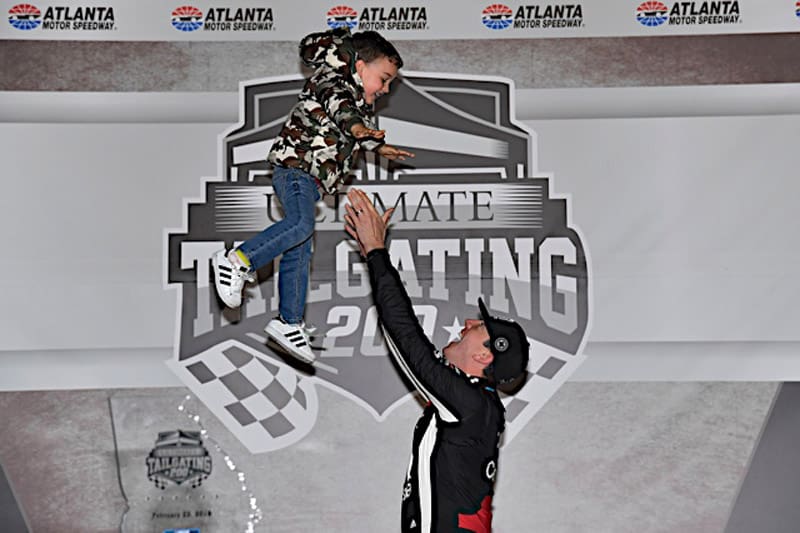 Many talented young drivers utilize the Truck Series as a stepping stone up the NASCAR ladder, which doesn’t lead to much longevity in the series.

As if the number of races a driver runs before moving up to the next step in their career isn’t enough, parity in the Truck Series results in no single individual having the opportunity to win an abundance of events.

In 2018, Brett Moffitt and Johnny Sauter tied for the most wins with six wins apiece. Nine drivers won at least one race last season. The top finishing positions in each Truck Series race are increasingly competitive. At the season opener at Daytona International Speedway, Austin Hill earned his first Truck Series victory. Furthermore, Ross Chastain has nabbed two Top 10s this season for Niece Motorsports, a pleasant surprise for that organization. The NT1 engine has made it cheaper to race in the Truck Series.

Meanwhile, Busch himself stands as an obstacle for anyone after the record. Outside of Busch, the remaining top five winningest Truck Series drivers are Hornaday, Mike Skinner, Jack Sprague and Sauter. Hornaday has 51 wins, but the drop off in wins to Skinner and the others is substantial. Skinner and Sprague have 28 wins apiece, and Sauter has 23 victories to his name. There are only 23 races in the Truck Series season. Even if Sauter wins out for the rest of this season, which is all but impossible, he would only have 44 wins, still well short of Busch’s record.

The level of Busch’s dominance is a challenge for any driver, especially if they aren’t driving the Kyle Busch Motorsports equipment that the driver/owner has for so long. The organization has fielded two championship drivers, has accumulated 68 victories and has backing from Toyota itself. Needless to say, KBM arguably is the best team in the Truck Series.

Busch is a talented driver competing in top-notch equipment, and he is certainly not done winning races. Despite NASCAR’s restrictions on Cup Series regulars competing in the Truck Series, he remains a regular threat to win in all Truck Series races.

At only 33 years old, Busch just re-signed with Joe Gibbs Racing. Even if he competes only to age 40, he will add to his Truck Series resume. Hypothetically, if he wins just one Truck Series race every year until he turns 40, he would have 60 victories to his name. He already has more than double the amount of wins than the highest current Truck Series regular.

Rest assured, for the foreseeable future, Busch will remain the winningest driver in NASCAR Truck Series history. Whether another driver comes down the pipeline much later as a long-term regular remains to be seen, but his record is nearly untouchable.

The article did not specifically mention that the Toyota engines in KBM trucks is much better than the more affordable spec, or other, engines used by a lot of truck teams.
I do not have a problem with this engine disparity, as the engine is only part of a reason a truck does well on the track; but, the engine disparity might skew winning races to Kyle’s favor. Nevertheless, Kyle still does well even when competing against other KBM drivers.

Can the media please stop fawning all over this guy like his race wins in the minors is some major feat. He’s beating on the little guy with far superior equipment, taking money and trophy’s away from them at the same time.

But don’t worry he will get #53 this weekend in front of empty grandstands and we will hear the announcers fawn over him some more. Even though the rest of the field is intriguing to me, you can count me out.

Looks like the Gibbs PR machine wrote the Frontstretch columns this week. I enjoy Frontstretch very much but this is over the top. Can’t a few of the “journalists” come up with something on their own?????