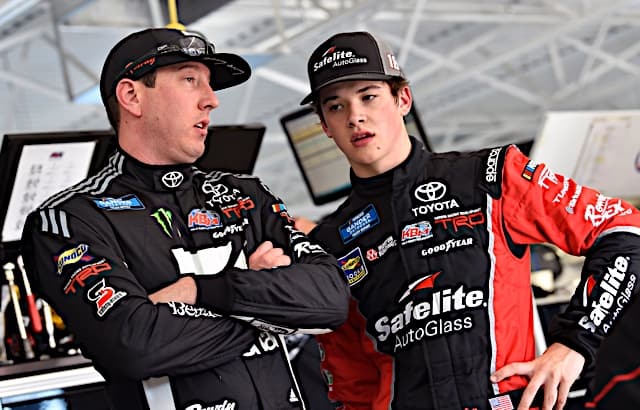 For Roper, the session marked the best qualifying effort of his career, one that had his entourage on pit road exclaiming “all I can say is wow.” Roper, who has only started in the top 20 three times in eight career starts before today, was top five in both the first and second rounds of qualifying.

Also surprising was a rebound performance by Natalie Decker, who suffered a race-ending fire two laps into the season-opener at Daytona and spinning twice in a subpar effort at Atlanta. Decker, who said “it’s the best the truck has ever felt” after posting her first round effort, will start a career-best 12th. Decker’s teammate Ryan Reed, making his first NASCAR start of 2019 after running full-time in the Xfinity Series the past several seasons, will start 10th in the No. 17.

Surprising on the other side of the spectrum was veteran Matt Crafton, who despite being near the top of the charts in practice qualified 15th and missed the second round. Crafton, who was experiencing radio issues as well during his run, was incredulous as to what the team had missed, and the team had no answers other than to say “we’ll fix that” when referring to the radio… and likely the truck itself.

As only 32 trucks were entered in Friday’s race, all trucks that took time will start tonight’s race.

I wouldn’t watch the event if I could get it.