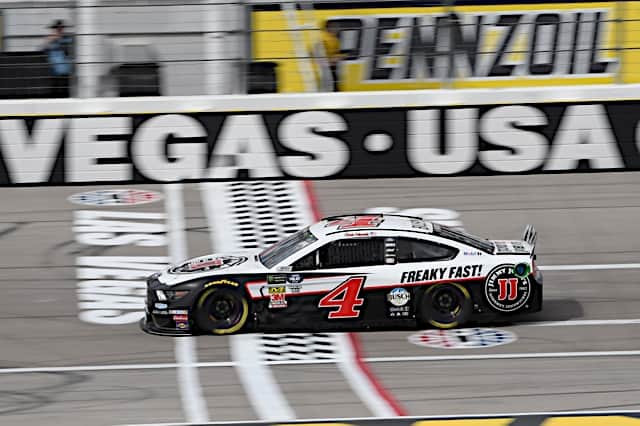 It’s hard to encompass what we saw on Friday night when the field was set for the Pennzoil 400 at Las Vegas Motor Speedway.

Kevin Harvick won the pole, but that was far from the talk of the garage. The prevailing sentiment amongst all drivers was, well, not great.

“It’s not about the fastest car,” Kyle Busch said after qualifying third. “It’s about putting yourself in the right position and having a little luck on your side to get to the start/finish line before time runs out.”

“I always loved qualifying single car, doing your own thing, racing the racetrack, qualifying,” he said after qualifying 29th. “(That’s how) every other series does it across the United States to my knowledge. I’m not a fan. You’ve got manufacturers gaming manufacturers, teams manipulating teams, and that’s not how qualifying is supposed to be.”

Hendrick Motorsports teammates Alex Bowman and Chase Elliott seemed to have the top two spots locked up, before their No.’s 88 and 9 were taken off the top of the scoring pylon.

“Nothing you can do about it,” Elliott said after officially qualifying 12th. “It’s just the game you play. It’s going to be like this probably every week on these mile and a halfs. I’m not exactly sure where the right place to be is, obviously. Kevin (Harvick) did a good job of timing it up and being in the right spot. We’ll try to replicate that I guess.”

Bowman was clearly frustrated at the lack of transparency from NASCAR when it comes to a clock during the sessions.

“TV said we did, the flag said we did, their timer said we did. All of it said we did,” Bowman said following his 11th-place run. “It’s their sandbox and we play in it. But it’s wrong. They don’t give us an official clock to look at because the official clock that they gave us, our lap counted. It’s interesting. I hope the fans enjoyed it. it’s why we’re here. it adds an element to it. Really frustrating. In my eyes they’re wrong. They’ve made their fair share of mistakes, and so have I, I could totally be wrong. But to me it’s kind of bullshit.”

But his teammate actually seemed to enjoy the session, reminding him of his Xfinity Series days.

“I thought it was actually pretty entertaining,” Elliott said. “I enjoyed it. We might look silly waiting until the last second, but it’s kind of fun playing chicken with everybody and seeing who’s going to go, who’s not and all the decisions you’re going to make. I enjoyed it. It’s the rules. We got ’em so might as well like ’em.”

Ryan Blaney may have had the most pointed comments following the session.

Popular opinion seems to be that Cup drivers are not fans of this new package in a qualifying format…@Blaney: “I love feeling like I’m in the Truck Series again […] this isn’t Cup qualifying. I used to have fun on Friday’s.”

“I’m not sure how it’s going to drive in race trim with the drag ducts,” Blaney said. “I’m hopeful for the drag ducts. Following people in the draft today was better than it was last week. We’ll see. Hopefully that’ll be interesting to find out but we’ll get a better idea tomorrow.”

Time to go back to single car qualifying for all events….thanks NASCAR…

single car qualifying is like watching paint dry, not a thing about it is interesting.

And given the fact that since every car will make the field, and, given the cautions and stage breaks starting position doesn’t matter, they have to do something to create interest.

If this is the qualifying procedure for the whole year, I won’t be watching it. Another frigging gimmick. That doesn’t award a fair car.