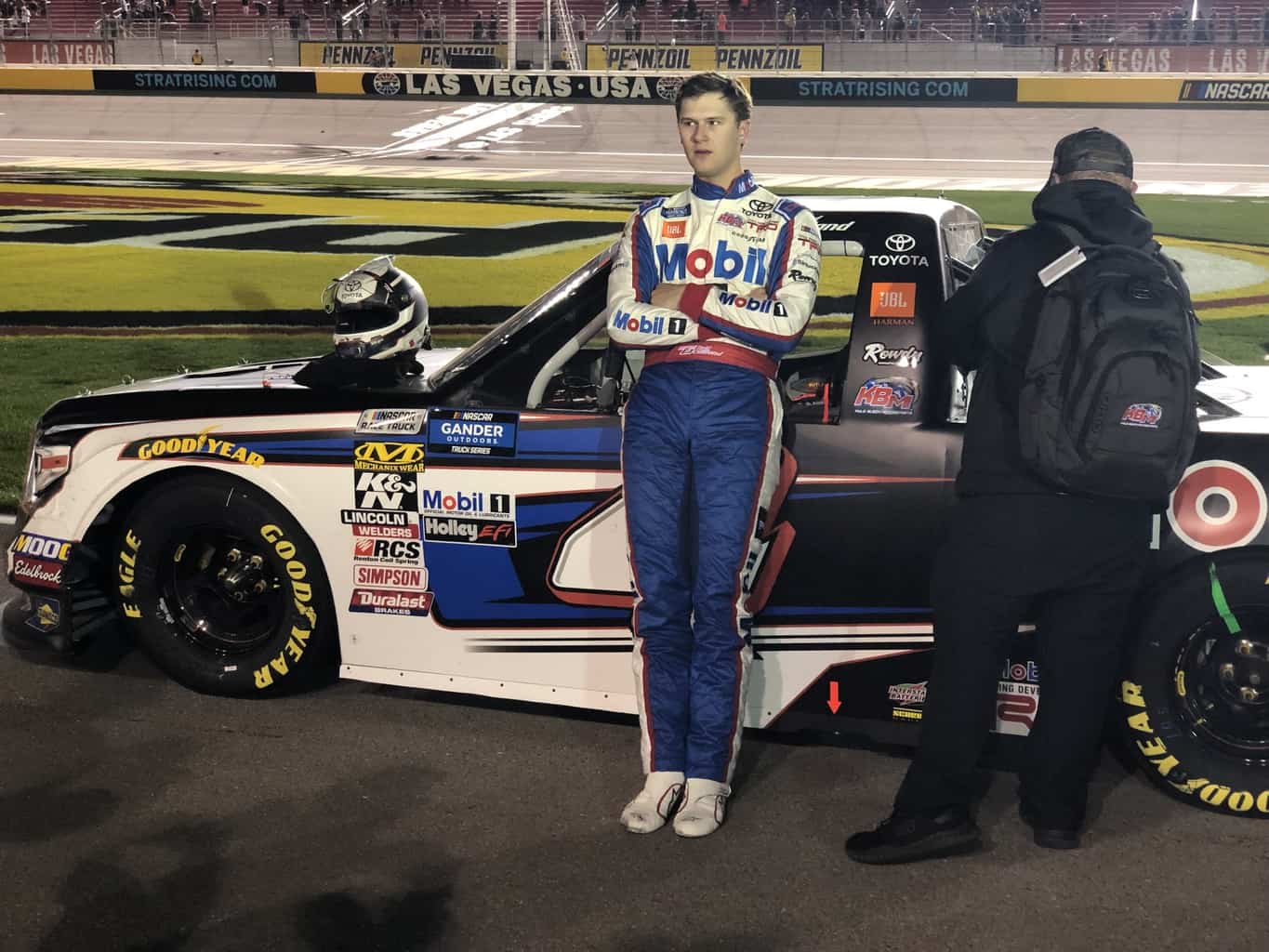 Todd Gilliland's seventh-place result in the Strat 200 was what the No. 4 team needed: an uneventful, solid night. (Photo/Davey Segal)

His owner and Strat 200 race winner, Kyle Busch, made a statement following his Truck Series win at Atlanta regarding Gilliland’s performance, saying an uptick was needed and his “career (was) on the line.”

The finish wasn’t the win that Gilliland still is searching for in the Gander Outdoors Truck Series, but a solid, steady run at Las Vegas, where he ended up in seventh was just what the doctor ordered.

“Overall it was definitely not one of our worst nights, not one of our best nights,” Gilliland said. “Decent points night. We got points in both stages and ended up seventh. It’s just about being smart in these races and I feel like that’s what we did tonight. Our truck was good, could have been a little better. Punched a hole in the left front headlight at the very start of the race. That didn’t help us at all. It kept getting worse and worse and the air kept pushing it in. My bad there, I feel like we could’ve been a little better without that. I had a lot more fun here in Vegas than I did Atlanta. Definitely, some more stuff to build on and we’ll go on a decent little break here and then onto Martinsville.”

Busch’s words weren’t a disturbance to Gilliand until his phone started blowing up.

“I didn’t really see it until everyone called me, it felt like,” he said. “Which is just a distraction. But I know I can do it and I feel like deep down Kyle does too. Obviously, we’re just going to keep working together and nothing we can do, he’s one of the best out there and I can learn a lot from him […] I just left it alone. I know deep down and he does too that we just need to keep working. And nothing can stop us once we get going.”

The result came at a good time, with a three-week break coming on the NGOTS schedule.

“We got two big races coming up after this (big break in the schedule),” he said. “Especially with all the stuff that came up this week. It felt good for me to be able to run up there, pass people, be a little more of a contender. We obviously want to be up there more, but tonight was a big building experience.”

When asked if he was pleased with his teammates’ runs at LVMS (Harrison Burton fifth, Gilliland seventh), he said: “they can do better.” And Gilliland knows that, too.

“I feel like he’s always been a big help to me,” the Sherrills Ford, North Carolina native said of his owner. “Obviously he’s real passionate, he’s a big critic of himself and others as well. That’s what it’s all about, having the right people surrounding you to make you the best you can and I think we’ve got that.”

The next Gander Outdoors Truck Series event will take place at Martinsville Speedway on Saturday, March 23.