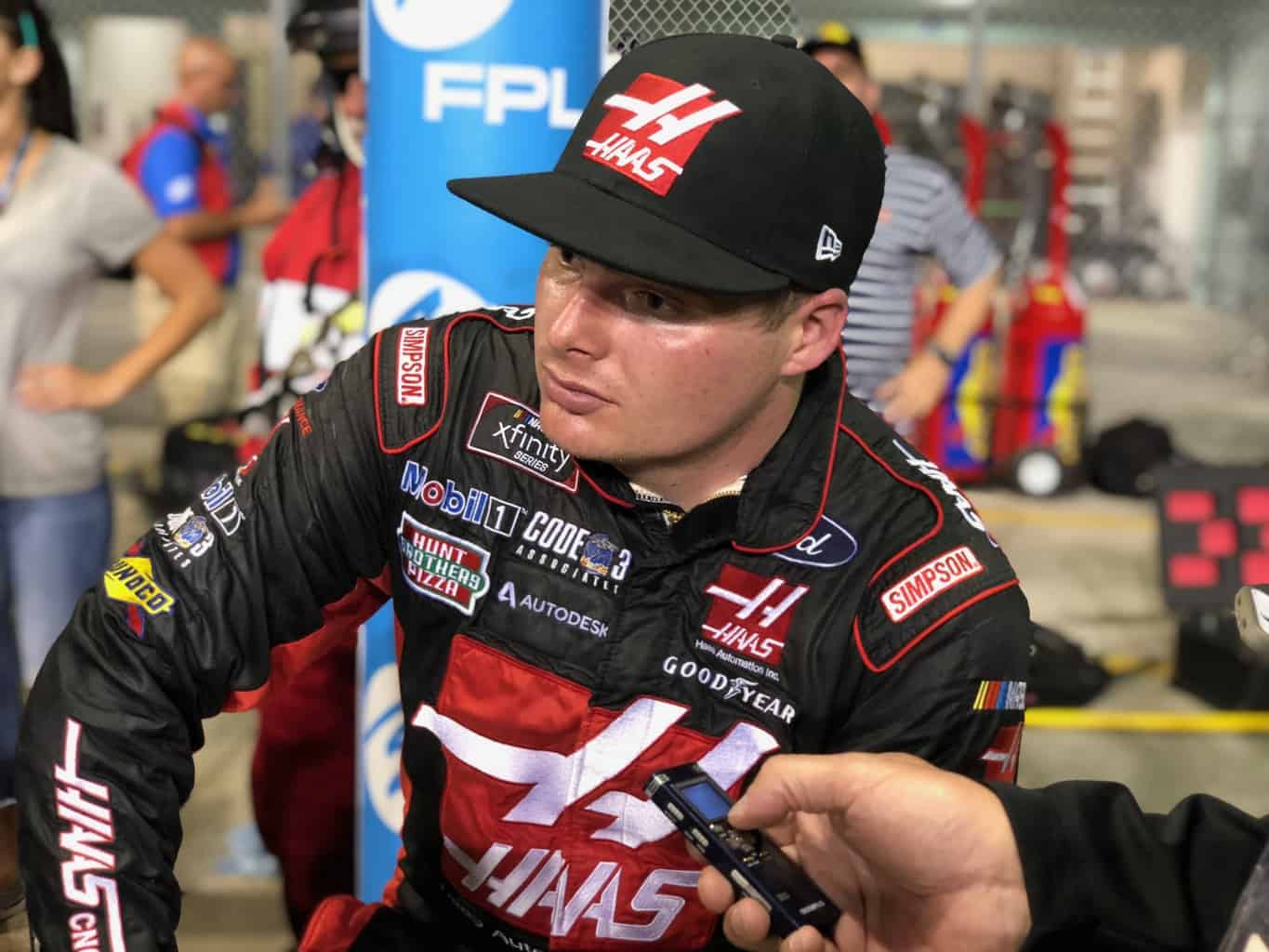 No one likes when on-track activity is rained out, but it’s working out so far this season for Cole Custer. He’ll be on the point for the second straight week for Saturday’s NASCAR Xfinity Series Boyd Gaming 300 from Las Vegas Motor Speedway, the beneficiary of rain that canceled qualifying just like it did last weekend in Atlanta.

Why Custer and not Atlanta winner Christopher Bell, the current series points leader? It’s because the field is set primarily by 2018 owner points for the first three races of 2019 if necessary, and Custer’s Stewart-Haas Racing Ford was tops in owner points last year. An even bigger beneficiary will be Chad Finchum, who will start second since his MBM Motorsports team bought the owner points from the 2018 Chip Ganassi Racing entry.

Bell will start third beside Xfinity Series rookie Noah Gragson. Kyle Busch, who cruised to yet another in his record number of NASCAR Gander Outdoors Truck Series victories on Friday night, will roll off eighth in his first Xfinity start this year. The only other Cup Series driver entered is Austin Dillon, and he’ll have a lot more work to do than Rowdy, starting from the 31st position.

Assuming the rain lets it start on time, the Boyd Gaming 300 is scheduled to start at 4:00 p.m. ET, with TV coverage on FS1.