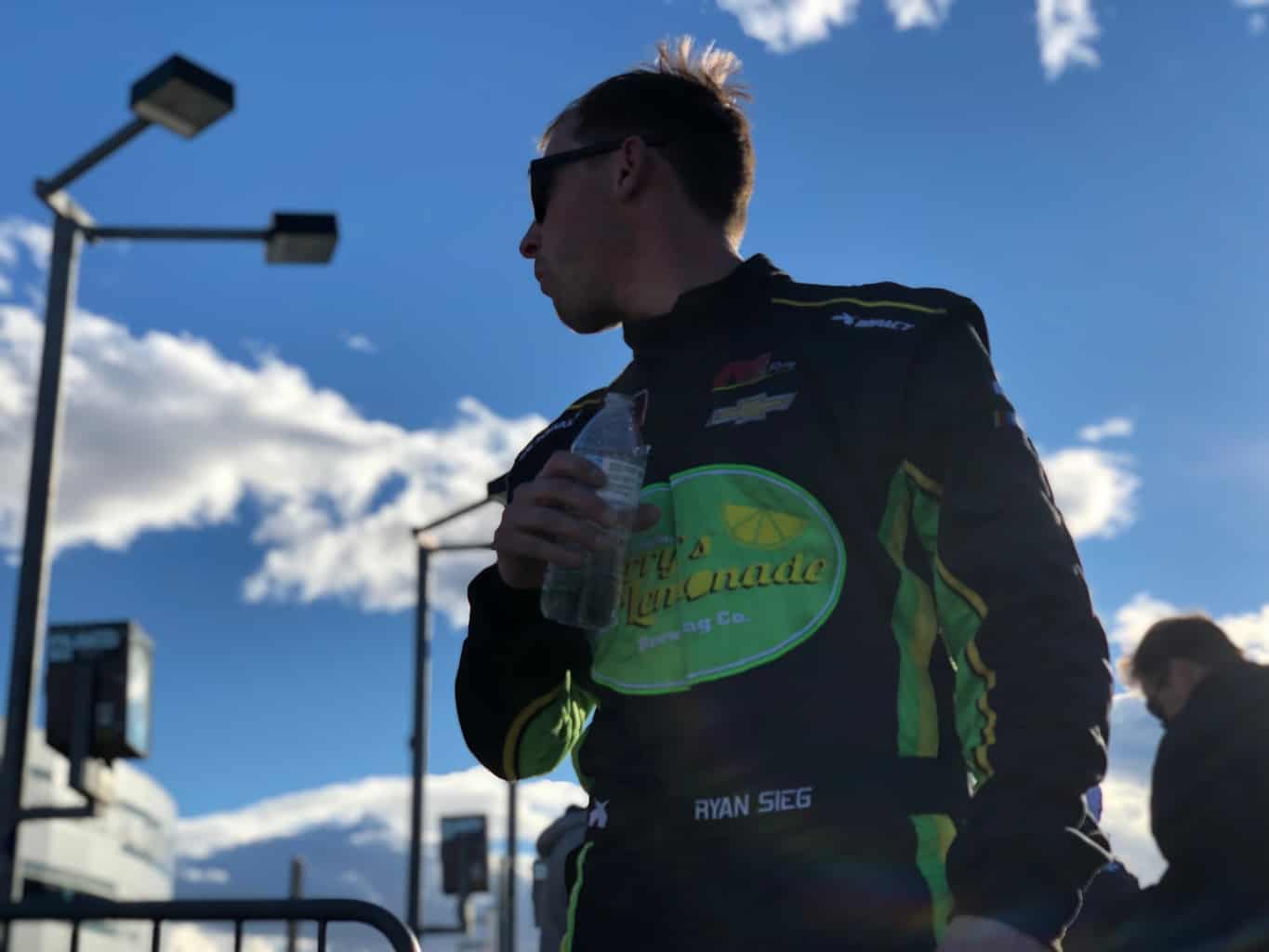 Ryan Sieg prides himself on doing more with less.

For a moment or two, it looked like the Tucker, Georgia native was on his way to his second top five in three races. But a speeding penalty sent Sieg back outside the top 10. After surviving a couple late-race crashes and adjusting on the No. 39 Lombard Bros. Gaming Chevrolet, he found himself in sixth when the checkered flag flew.

“It worked out great right there,” he said. “We took the wave around and then the caution came out. The car was good all day, we just adjusted and got better and better each run. This is me and Shane’s (Wilson, crew chief) third week, so we’re getting better and better. More familiar with new cars and it’s going to be exciting the more we work together, figure out the cars and what I need. Just couldn’t be more excited to be running with all the Cup affiliated teams. Feels good and can’t wait to keep  running all year.”

The only two #XfinitySeries drivers to finish in the top 11 in all three races of 2019?@NoahGragson (3rd today) & @RyanSiegRacing (6th today). pic.twitter.com/5BrxpEehE5

Wilson was supportive on the radio following the pit road penalty at the end of Stage Two. Sieg, frustrated with himself, channeled that anger into a rapid ascension through the field.

“I just pushed it a little bit too much,” he said of his penalty. “Drove my ass off to get back to where we were and worked hard. We were a little off on that run, got a lap down there also. We worked on it and found ourselves taking the wave around and we were right back there on the lead lap with three to go.”

Sieg has become a fixture of the ‘underfunded driver running with the big dogs’ narrative in recent years. It’s one thing to do it against Xfinity Series regulars, but another to do it with two Cup drivers in the field.

“It’s huge,” he said. “To run here with two Cup guys (Kyle Busch and Austin Dillon), it’s a real momentum builder and hopefully next week is a little bit tougher. We should just keep riding on it, plugging away and we should keep being able to run in the top 10. That’s our goal, and we got four spots better. Can’t be prouder of where we’re at right now. It’s great.”

But the truth is that RSS Racing isn’t as well off personnel wise, financially or resources wise like Joe Gibbs Racing, JR Motorsports or Richard Childress Racing. Runs like this are great for exposure, but also some extra cash in the pocket.

“That’s another plus, that’s always good,” he said. “The check’s a little bigger with one more spot. Plus you get the bonus. But still great to come out of here. I wasn’t too sure after practice how good we were going to be. But the longer the run went, the car got better and better and better. We adjusted to get it better in the shorter run and me and Shane just gotta work together a little more and I gotta get more comfortable with what I need with these new cars.”

The comeback was almost thwarted coming to the white flag when Christopher Bell and Tyler Reddick tangled, collecting Austin Cindric and others. Thankfully for Sieg, he made it through unscathed.

.@TylerReddick can't hold on to it and takes out @CBellRacing coming to the white flag!

A second overtime is coming up in the #BoydGaming300. pic.twitter.com/oQeMq8NS2k

“I was weaving and bobbing for sure,” he said. “I was left, right, left, sideways, and everything else. That was crazy right there. And then the No. 19 (Brandon Jones) came down across the front end there also and the No. 22 (Cindric), I dodged a lot of wrecks there.”

The Xfinity Series heads to ISM Raceway next weekend (Saturday, March 9) for the fourth event of the 2019 season.