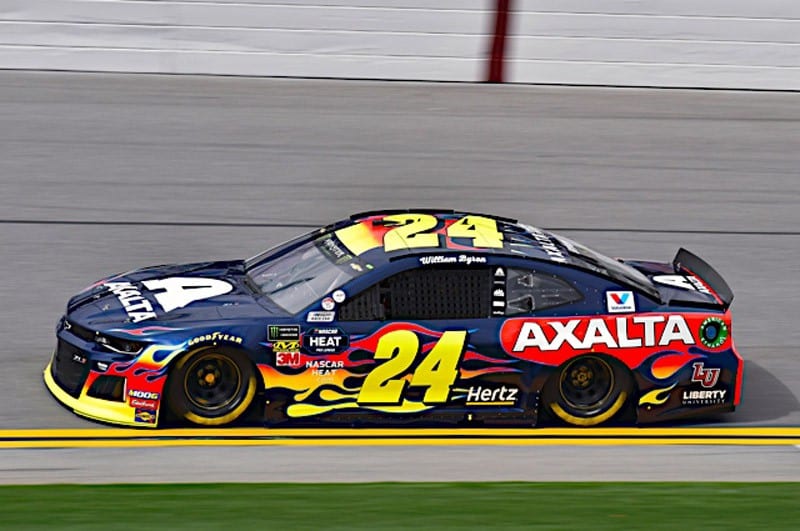 The season opened at Daytona with Hendrick Motorsports sweeping the top four spots in qualifying for the Daytona 500. The organization left the Sunday time trials with Chad Knausian swagger, having stolen the headlines from rival Ford and their new-body Mustangs.

That swagger was nowhere to be found following qualifying on Friday, as only one Hendrick car found itself inside the top 10 when a chaotic session ended with Kevin Harvick on the pole. There was a brief moment where it appeared first that Alex Bowman, and then Chase Elliott, could be the polesitter (Chevrolet’s PR team could be seen visibly celebrating on pit road), only to seconds later see both times wiped from the scoring pylon, unable to beat the clock that ended the qualifying session.

While those misses may have been understandable (though not without dispute, see Bowman’s tweet above), the same could not be said for William Byron’s No. 24 team, which missed the final round of qualifying. Byron, who was separated from his teammates exiting pit road, heard his No. 24 team throw their hands up in the air even as their car was just getting up to speed; the spotter on the roof ranted about how “this whole f***ing thing [qualifying format] sucks”, while Chad Knaus simply stated “go like hell. Goddammit.”

The driver was visibly upset speaking to the media immediately following his run, stating “we didn’t have the best draw where we were on pit road, and that kind of screwed us.” Byron was at a loss for words when asked if there was anything that could be done to mitigate pit road location and its impact in this qualifying format, saying “we’ll go back and look at it” but seemingly frustrated and struggling to comprehend this new look qualifying.

Unlike at Daytona, where Hendrick was in a league of their own, much of the media and fanbase amassed on pit road this afternoon were right there with them this Friday.