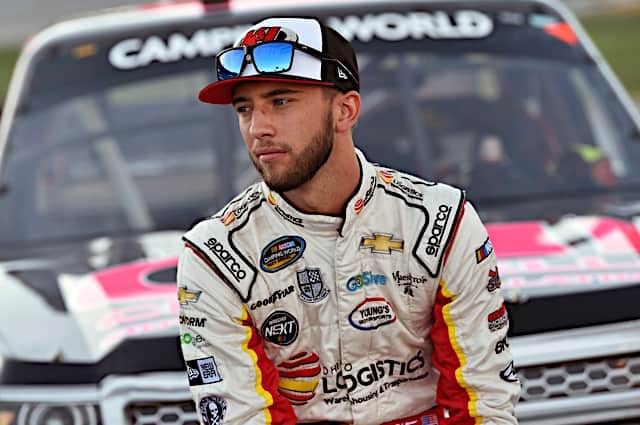 According to NBC Sports, the California Highway Patrol released a report that stated Thorson was transported to Memorial Medical Hospital in Modesto, having suffered “major injuries,” although these injuries were described as “non-life-threatening” by the CHP.

A preliminary investigation by the CHP indicated that Thorson was driving a 2019 Ford pickup and hauling his Tri-C Motorsports sprint car when he approached slower-moving traffic in a construction zone. Thorson did not slow down in time and rear-ended a milk truck. That milk truck was then hit by two other cars; the driver of the milk truck emerged uninjured, while a passenger in the truck was transported from the scene with minor injuries.

Thorson’s truck came to a rest on the shoulder of the road and caught fire, and was reportedly “engulfed” by the time emergency workers arrived on scene.

Sacramento, Calif. NBC affiliate KCRA reported that Thorson had suffered broken bones, and his family confirmed his involvement in the accident, as well as the fact that he is scheduled for surgery. Thorson reportedly suffered no burns from the resulting fire.

Thorson drove for Young’s Motorsports in 11 races in 2018, splitting time between the team’s Nos. 12 and 20 Chevrolets. Thorson piloted those Silverados to six top 2o finishes, with a best result of 13th at Iowa.