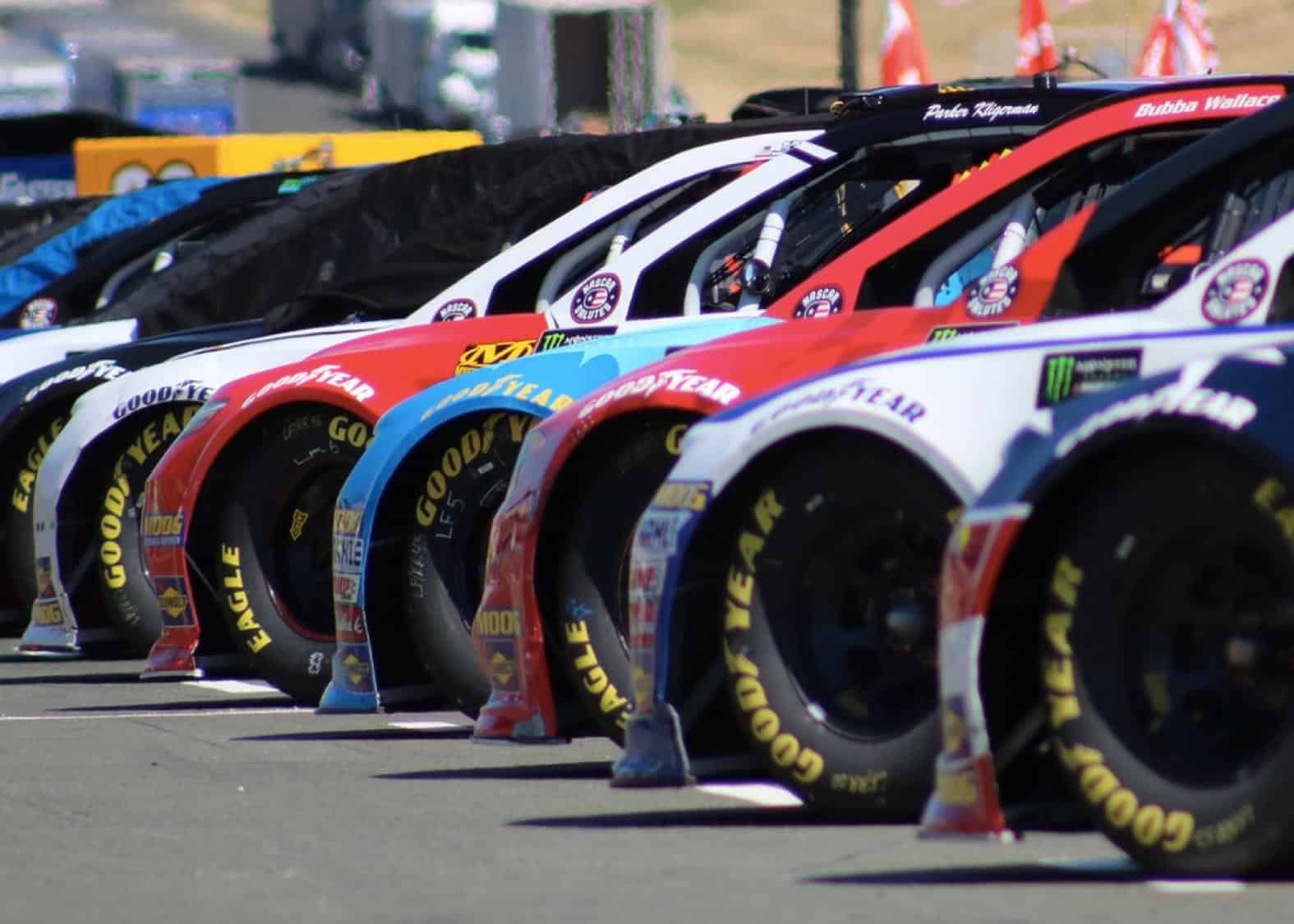 Did You Notice? … How NASCAR officials have made a big impact thus far in 2019 with calling pit road violations? You could argue in the past two races speeding penalties have cost the two fastest cars in those events, Kyle Larson and Kyle Busch, a trip to Victory Lane. A simple touch of the ground by a crewmember’s hand cost Larson even more positions this past weekend at Las Vegas.

A quick look at penalties through three races shows how difficult it is to make up time with this new package. Former race leaders caught in traffic become lost opportunities for Victory Lane; dirty air and slower speeds make passing more difficult.

But the black flags show no signs of stopping anytime soon. Pit road speeding alone is being called an average of 4.3 times through just three NASCAR events. That’s over double the number called through the same time period last year.

Of a dozen drivers docked for speeding thus far in 2019, only Kyle Busch was able to fight back and lead laps after his penalty. But even that accomplishment is a little deceiving. Busch cycled through to the front during green flag pit stops, not because of an on-track pass for the lead. He only wound up leading four laps and could never get close enough to mount a serious challenge.

Busch’s third-place finish has been the best speeding comeback to date. But that’s rare. Overall, penalized drivers suffered a net loss of 23 spots compared to where they started these last two weeks. Long green-flag runs make it difficult to make up track position lost by a pit road pass through. Add in the leader’s ability to scoot away in clean air and it’s nearly impossible to recover.

The difficulty in passing has only added to the pressure on pit road. It’s the one chance drivers and teams realize to make up chunks of time on your competition. Teams have developed specialized systems (see: Kyle Busch’s Vegas brakes) to push limits to the ragged edge. It seems people are willing to test NASCAR’s officiating crew rather than find themselves stuck in traffic on chaotic restarts. (Or falling that much further behind under green-flag conditions.)

But speeding is just the tip of the iceberg. Officials have nailed crews for a variety of other penalties this season already.

As you can see, more than half the NASCAR teams on the grid have already been hit with some type of violation. But you know who hasn’t? Daytona 500 winner Denny Hamlin. Las Vegas winner Joey Logano. Keselowski during his Atlanta win (his violations came with a wrecked car during Daytona’s crashfest). Kevin Harvick.

Not surprisingly, the drivers I just mentioned are all sitting inside the top five in points. Keeping the NASCAR officials away (along with those pesky black flags) are how they’re going to stay there.

Finally, like it or not these calls are only going to increase, it seems, as the sport evolves. The use of video allows officials to catch more intricate penalties; their emergence replaces broken parts and pieces as NASCAR’s unpredictability factor. But there’s a risk to having guys in the truck making too many calls. As we see in other sports, the more the guys in pinstripes interfere with athletes, the less you get to see a race/game/match play out naturally. Fans tend to react negatively to that over time.

We’ll have to see how it plays out in 2019. And BJ McLeod? What is the deal with your pit crew? Four major violations in just three weeks?

Busch is doing it with a crew chief, Matt McCall, who hasn’t won a race in 148 Cup Series starts. McCall’s pit strategy in Vegas gave Busch track position in a race that had no caution flags other than stage breaks; he deserves plenty of credit. Many in the industry thought he was largely responsible for getting McMurray over the hump and into the playoffs upon his arrival in 2015.

But Busch has been fast in his own right. He’s sitting sixth in green-flag speed according to NASCAR Loop Data statistics and is ranked fourth fastest late in green flag runs. That’s a crucial combination considering the caution-free look on intermediates we’ve seen so far with the new package.

Most importantly, Busch has a little something to prove after leaving the comfy confines of Stewart-Haas Racing. We don’t know what the NASCAR outlook is for him beyond the 2019 season. At 40 years old, it could be Busch’s last best chance to earn a second championship. He’s been mistake-free while teammate Larson has been riddled with penalties, a veteran’s presence that may help right the ship at CGR.

“The power of those first few guys altogether it’s aero, it’s engine, it’s handling and that is what we have to work on,” Busch said after Vegas. “I’m really happy with two top fives to start the year. We are playing it smart. We haven’t had any penalties and we will just keep chipping away at it.”

36 cars is closer to the number the event needs to eliminate the cars that are cautions waiting to happen.

…..No, they cost themselves. Everybody knows the rules. Besides Kyle B. got his on lap 129, 13 laps led he had over half the race to recover and he did not. So let us stop with the Kyle BS. Shoulda, woulda, coulda. His penalty was in the first half of the race, and he did not recover. Oh my..the great and wonderful KYLE. Hmmmmm……

I have no problem with the penalties. If they are legitimate than so be it. What I find more amazing is the lack of any other penalties…. or is that just because Jayski is gone and we just don’t see them anymore. I’m starting to get the impression that NASCAR isn’t looking that hard anymore.

It’s a shame that there are only 36 cars entered. While that isn’t as big of a deal as some make it out to be with respect to the race itself, it does speak volumes about the state of NASCAR and the impact of the charters themselves.