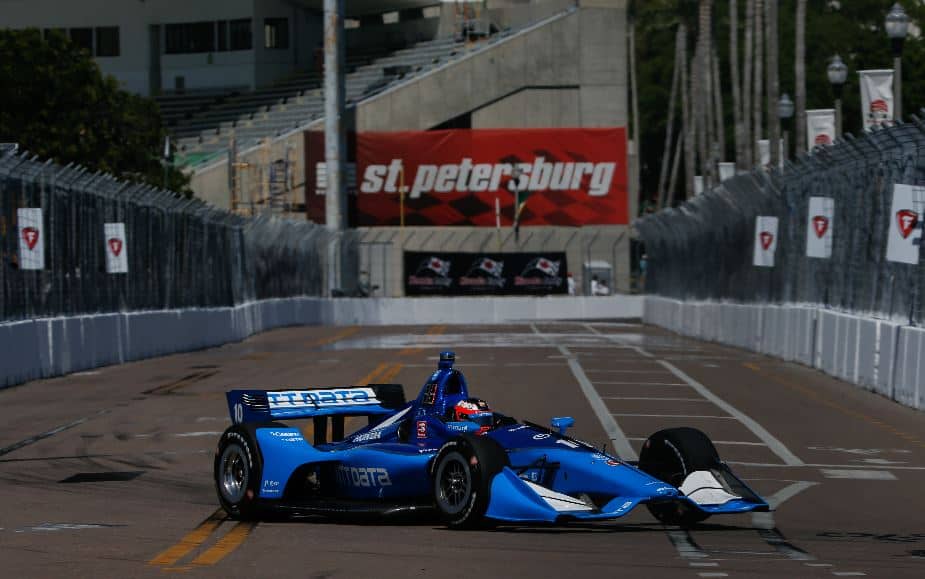 The off-season doldrums are officially over and the 2019 NTT IndyCar Series is set to kick-off this weekend, as usual, with the Firestone Grand Prix of St. Petersburg. But before the green flag drops on this year’s campaign, let’s recap some of the biggest talking points of the off-season and some things to look out for this season.

Out with the old and in with the new…and, well, the old

Two changes were made to the 2019 calendar over the offseason. ISM Raceway and Sonoma Raceway were both dropped from the schedule, but Hulman and Co. CEO Mark Miles and IndyCar President Jay Frye were able to slot in two new venues to take their place, leaving the total number of races at 17.

IndyCar will be making its Circuit of the Americas debut during the IndyCar Classic on March 24, taking over ISM’s spot on the schedule, and joining the league’s roster of venues to much fanfare.

Looks like we can lower her a bit. #DownAFlat pic.twitter.com/sJXwLa5PbN

The series made the trip to Austin for their official Spring Training event last month, giving drivers and their teams a chance to test at the 20-turn, 3.4-mile road course. Lap times were roughly 14 seconds slower than that of Lewis Hamilton‘s pole setting time during last year’s Formula One United States Grand Prix, but several prime passing zones mean racing should still be good, no matter how fast they’re turning laps.

The second change concerns the final round of the year. The 2019 season will still conclude in Northern California, but instead of finishing out the season in Napa Valley, the series is moving just a bit south to revisit a venue from the glory days of IndyCar racing. The season finale will return to the Monterey Peninsula and WeatherTech Raceway Laguna Seca, which previously hosted the title round from 1989 to 1996, and produced one of the most famous overtakes of all time: “The Pass.”

Laguna Seca takes the place of Sonoma, which hosted the final event of the year since Auto Club Speedway fell of the schedule in 2015. Similar in design, the tight, technical road course puts a premium on passing, meaning Saturday’s qualifying session could prove to be just as important as Sunday’s race.

Six rookies will be taking the grid at various points throughout the season, with a few already poised to make some noise. Colton Herta is running a full season for Harding Steinbrenner Racing, who is enjoying some technical support from Andretti Autosport that is already paying off. Herta led the opening session of Spring Training at COTA, and was only edged out by veteran and championship contender Alexander Rossi on Day No. 2.

Session 1 is in the books. Do we really need to tell you who took the top spot?

But Herta isn’t the only driver with pedigree who will be donning the rookie stripes this year. He’ll be fighting for Rookie of the Years honors with Swedes Felix Rosenqvist, a winner in multiple disciplines, and Formula 1 veteran Marcus Ericsson, who will be teaming up with James Hinchcliffe in increasingly competitive Schmidt Peterson Motorsports equipment.

They grow up fast.

Last year’s Indy Lights champion Patricio O’Ward is also slated to take part in 13 of the season’s 17 rounds, including the 103rd Indianapolis 500, with Carlin Racing. O’Ward made an impressive IndyCar debut with Harding Racing last September during the season finale at Sonoma, turning a Firestone Fast Six appearance into a top 10 finish, leaving high expectations for his career ahead.

Santino Ferrucci is also shaping up to be a contender for top freshman honors, as he’ll be running the full season with Dale Coyne Racing. Ben Hanley, a sports car veteran, will also be taking part in a limited schedule with WEC outfit DragonSpeed, including this weekend in St. Pete.

The Return of Simon Pagenaud?

Simon Pagenaud had a banner year in 2016, winning five races on his way to claiming the series championship. But it hasn’t exactly been smooth sailing since then, taking only two victories in the meantime, including a completely winless 2018.

Will he once again find the top step of the podium? It’s hard to say. Penske Racing is always a force to be reckoned with, which makes last season all the more perplexing. The team racked up six total wins in 2018, including a 17th Indy 500 victory for The Captain, but Pagenaud finished a distant 6th in the championship, almost 68 points behind teammate Josef Newgarden and close to 200 points behind title winner Scott Dixon.

A new season’s a fresh start, so his fortunes could change, but nothing’s set in stone.

Except his contract. He re-upped with Penske, just last fall, for an undisclosed length of time, so another less than stellar year doesn’t mean disaster for the Frenchman.

Favorites to take home the hardware

This year, like most years, is shaping up to be a tough, season-long battle for a slew of championship contenders. Scott Dixon capped off 2018 with the championship, the fifth of his career, and is a near-lock to be in the fight come Laguna Seca.

But last year’s runner-up Rossi should continue his ascent to IndyCar stardom, and is threatening to take Dixon’s crown. Already in his fourth year in American open-wheel racing’s top series, Rossi is on the cusp of becoming a dominant force and a favorite everywhere from Texas to Toronto. It’s really becoming a matter of when, not if, he takes home the title.

As always, Roger Penske’s trio will be in the hunt, and gunning to add another Astor Cup to the Captain’s endless trophy case. Newgarden and Will Power each went to victory lane three times last year — the same as both Dixon and Rossi — and finished in the top five of the year-end standings. I’d expect much of the same from the pair with the full support of Chevrolet behind them.

This offseason was filled with a lot of good news, topped by, most certainly, the rollout of a new broadcasting deal with NBC Sports. The series announced the new, multi-year deal last spring, which will put all 17 rounds of the year on the broadcast network, NBC, or their cable affiliate, NBCSN. Television ratings have been on the rise, increasing 38 percent over the last four years, according to IndyCar, and broadcasting on one network should only further that trend.

But the TV deal is only one of two new agreements debuting this weekend. Following the departure of Verizon as title sponsor, Hulman and Co. CEO Mark Miles was able to find a replacement in NTT, a Japanese communications and technology group, to take over the entitlement. A sponsor of Chip Ganassi Racing since 2013, the corporation’s logo can now be found on each and every IndyCar entry, and, along with NBC, hope to usher in a new era of prosperity for the series.

How to watch – All times ET

Never miss a moment of on-track action. Add us to your calendar: https://t.co/WnMG5cOZy0 #INDYCAR // #FirestoneGP pic.twitter.com/PfcD6Gi41p

Note: The times listed are race start times. TV coverage will begin prior to the listed times. For example, live coverage from St. Petersburg on March 10 is scheduled to begin at 12:30 p.m.