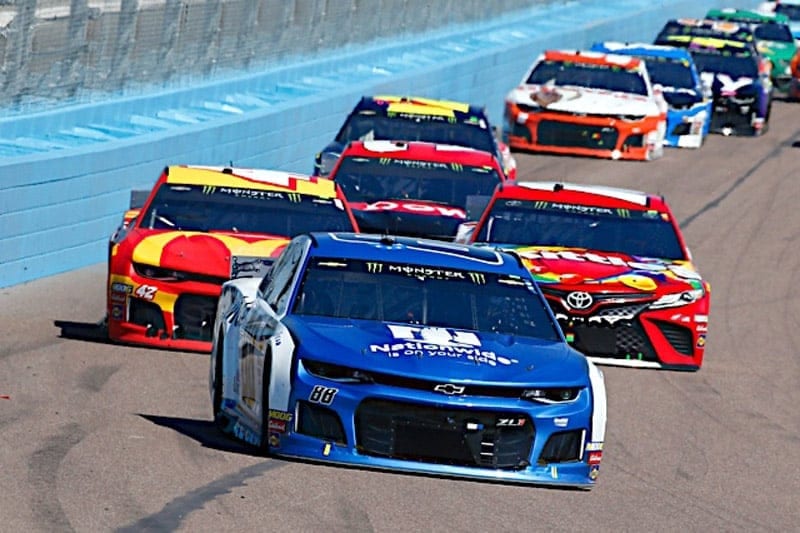 1. Mechanical grip… and a different approach

2019 might not be remembered as the year with the most exciting racing, but it might go down as something else: the year NASCAR became dedicated to real, meaningful change in the sport. One of those changes that’s on the way in two short seasons is the seventh-generation racecar. If NASCAR is serious about positive change, that car needs to be significantly different than the current car.

Along with that, it needs to be necessary for drivers to get off the throttle for as long as possible, if not on the brakes, entering the corners.  The current philosophy of being able to run wide open as much as possible is counterproductive. Watch a road course race or the brand of racing Martinsville still produces and the corners where drivers have to brake hard is exactly where they’re able to create passing zones by running a bolder or a smoother line and then deciding when to use a bumper judiciously (or not). Cars that are difficult to drive – and, by necessity, create passing zones – should be the starting point for change.

Part of that is getting the cars up off the ground.  Higher ground clearance allows more air under the car, which takes away downforce and makes the car harder to drive. It’s not a matter of an inch or two, though that would be a start, but rather five or six inches of clearance, that would make a significant difference.

That would necessitate getting rid of the splitter and siderails that seal the cars to the ground, a radical departure from the cars we’ve seen for the last 30 years. It would make the air coming off the lead car more turbulent, but also more difficult for that lead car to create that initial hole. It could allow the type of drafting that occurred in superspeedway races before the 40-car packs and could change how clean air affects the leaders.

The car wars of the 1990s put an end to the last piece of Cup cars that was truly stock: the body. Prior to that, even as the cars became more specialized, the racecar body templates had to fit both the street and track versions of any given model. At times, that led to some creativity on the part of manufacturers as they strove to create street cars that could also carry their branding to Victory Lane.

Over the years since then, the cars have strayed far from their stock counterparts. And while it can certainly be argued that there’s little difference between today’s street models anyway, fans can still identify better with cars that look like the ones they drive. It could also prove an issue with a dramatic ride height change since many street models have only a few inches of clearance these days. But making the templates fit again could ultimately make the manufacturers even more important in the sport.

Fans who have been around a while will also remember when practice was even more crucial and more chaotic than it is now. Teams had a choice of gears, springs, shock absorbers and other parts and pieces, something NASCAR desperately needs to get back to.  A brand-new car would be a good time to open things up again.

What those choices allowed for was twofold. For starters, there was a level of attrition that came from taking risks which made races more interesting. A certain gear could produce more power but raise the risk of engine failure. A suspension that allowed for better corner entry could also be harder on tires, risking failure there. That meant that even among the top teams, there was a level of uncertainty. While the best were able to find the best of both worlds, there was a much higher chance of a favorite falling out. That’s a good thing for the sport.

Having more choices at their disposal would also allow teams to better suit their drivers, putting races more in their own hands. The downside, of course, is the added expense of buying or building multiple suspensions and gear sets for each race weekend, but the benefits here outweigh the cost at the sport’s highest level.

One area where NASCAR deserves nothing but praise is safety.  The challenge is creating new and different racecars while upholding the current safety standard. Prior to 2001, the longest NASCAR went without a fatal crash was just over six years. Since the death of Dale Earnhardt in 2001, there hasn’t been another.

While many fans will say that most of the changes in the sport since that day have been hard to take, the changes that have kept the drivers from catastrophic injury have been nothing but good for the sport. Whatever else NASCAR does with the cars, this needs to be the starting point but never the endpoint.

One can only hope that Nascar tries to get back to allowing the teams more latitude in setting up cars. they have come so close to having every car the same that they have removed much of the reason to watch. every car going flat out for an entire race does not make for excitement. Nothing they have done so far has worked, so why not try something radical?

iroc is here to stay just ash GM they are the voice of nascar for 50yrs it’s not going to change just ask GM they will ie about it. they nascar is working on the GET GM up front now hendricks got all those GM people working for him it’s just a matter of time