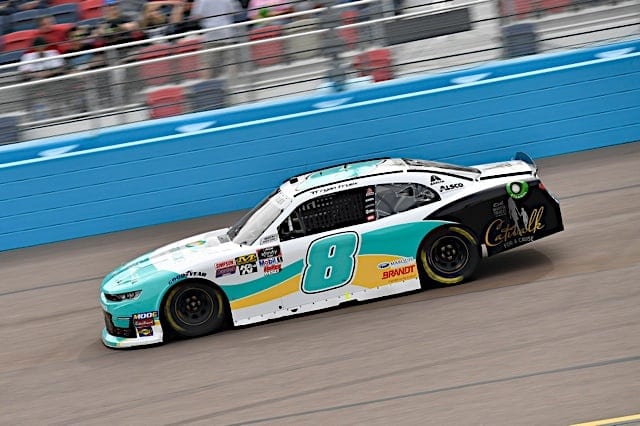 In this week’s edition of the Frontstretch Podcast, Dustin Albino and Mike Neff discuss the Kyle Busch show at ISM Raceway, as he won both the Monster Energy NASCAR Cup Series and NASCAR Xfinity Series races.

The victory puts Busch at 199 wins in his NASCAR career. We briefly compare Busch’s and Richard Petty’s feat, however, we try to stay on course and talk about Ryan Blaney having a standout weekend in Phoenix.

And oh yeah, Martin Truex Jr. had another runner-up finish in the Cup race.  But how could we forget the fight that broke out in qualifying between Daniel Suarez and Michael McDowell? Boys have at it!

Finally, Ryan Truex calls into the podcast to discuss his runner-up finish to Busch in Saturday’s (March 9) Xfinity race — his first outing with JR Motorsports.

Truex says he needed that run to validate his decision of stepping back and running a limited schedule, as well as proving to himself that he can still get the job done in elite equipment. He also reveals how much input a driver can have going to an organization for just a few races.