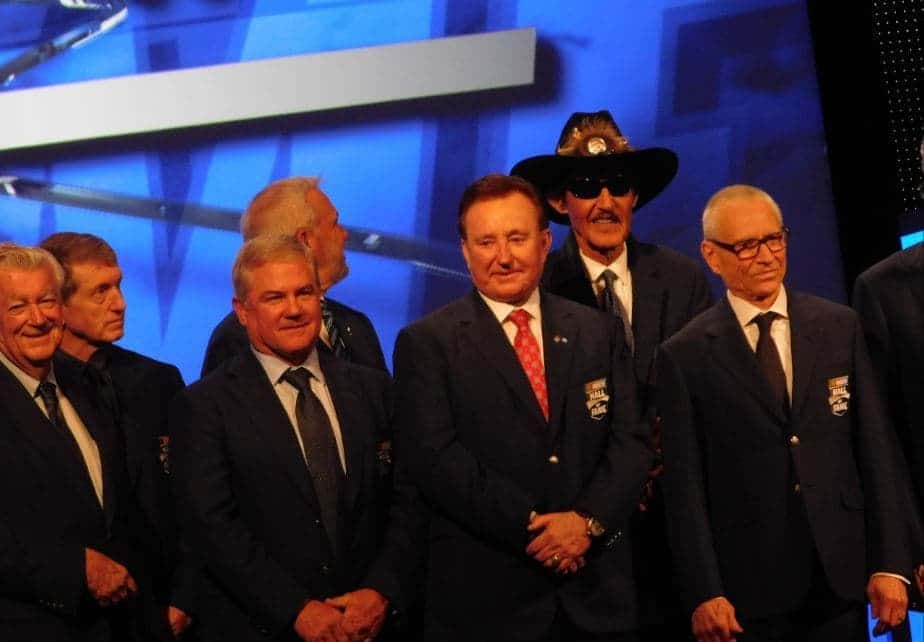 Tony Stewart, Neil Bonnett and Marvin Panch were among six new nominees to the NASCAR Hall of Fame ballot, and five of the 20 listed will be enshrined at a ceremony in early 2020.

Announced on Wednesday (March 13), the six nominees will join the fifteen held over from last year, with former Richard Childress crew chief Kirk Shelmerdine being dropped from the ballot. Shelmerdine won 46 races and four titles with Dale Earnhardt in a six-year span.

The six new nominees are:

Neil Bonnett: The “Alabama Gang” member won 18 races before tragically passing away in a 1994 practice crash at Daytona.

Tony Stewart: “Smoke” won 49 races on his way to three Cup championships, and is the only driver to win Winston, NEXTEL and Sprint Cup titles (as well as under both points and playoff formats).

They join the remaining 14 nominees, who did not receive enough votes last year for enshrinement. Those are:

Buddy Baker: Won 19 career Cup Series races, including the 1980 Daytona 500. First driver to eclipse the 200 mph threshold in a 1970 test. Toward the end of his driver career, he embarked on broadcasting, serving as an analyst for races on TNN and TBS.

Ray Fox: An iconic car owner and crew chief who has 19 victories to his name, one of those being the 1964 Southern 500 with Buck Baker.

Harry Gant: Gant won four races in a row in 1991 and 14 other events during his Cup Series career.

John Holman: Co-founder of the title-winning Holman Moody team, won the 1967 Daytona 500 with Mario Andretti and the 1968-69 titles with David Pearson.

Bobby Labonte: Labonte won the 1991 Xfinity Series title and the 2000 Cup Series crown, winning 21 premier series races along the way. First driver to complete the “Triple Threat” (winning at a track in all three series) and the 2001 IROC champion.

Ralph Moody: The other co-founder of the title-winning Holman Moody team. Won 92 races and two titles before he sold his assets to Holman. (For more information, see above at John Holman).

Larry Phillips: The only five-time champion of the NASCAR Weekly Series.

The five nominees for the Landmark Award, save for Janet Guthrie, who was removed from the list, were also announced:

Edsel Ford II: The great-grandson of Henry Ford; currently on the board of directors for the Ford Motor Company.

Mike Helton: The first non-France to become president of NASCAR.

Ralph Seagraves: Seagraves paved the way for the Winston company to partner with NASCAR, leading to a partnership that lasted for more than 30 years.

The HOF is a joke until they elect Smokey Yunick. I live 25 miles away and wouldn’t pay the admission or get a bank loan to park. Visitors to the area should visit the team workshops. They are set up so fans can see the inner workings and welcome visitors.

Taxpayers are on the hook for this white elephant, yet they refuse to divulge the attendance figures.

Ricardo
Reply to  Fed Up

Sadly they will never put Smokey in there. He spoke the truth way too many times about France Sr. and NASCAR. Such a man as Smokey doesn’t interest the HOF.

others need to go in before stewart. tony just retired and is still active with team ownership in nascar.

i know they want recent retirees to go in now to keep fan interest, but come on nascar. does that mean jr will be on ballot for next year?

Am I crazy or did I see “The King” Richard Petty in that photograph above???