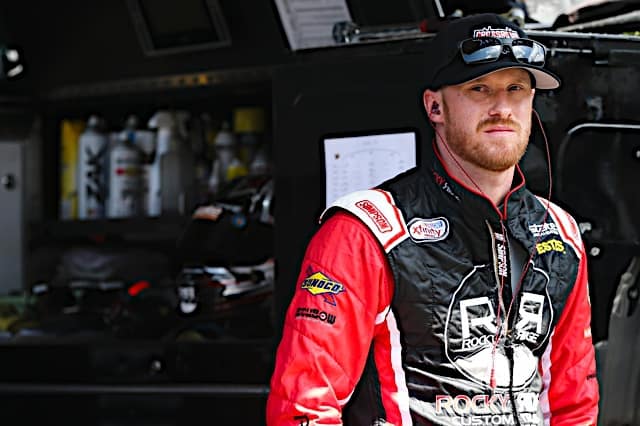 Jeb Burton is returning to the Monster Energy NASCAR Cup Series in 2019. The son of 2002 Daytona 500 champion Ward Burton will wheel the No. 52 Chevrolet for Rick Ware Racing for the 2019 STP 500 (Mar. 24) at Martinsville Speedway. Muzzy Bowfishing will sponsor the effort.

Last fall in a one-off race for RWR, the Halifax, Va. driver finished 33rd in his third career MENCS start at the  short track. The 26-year-old also notched three NASCAR Xfinity and two Gander Outdoors Truck series starts in 2018. He drove for Richard Childress Racing and On Point Motorsports, respectively, earning a best finish of 15th with OPM at Martinsville.

Burton is also slated to compete in five Xfinity Series events this season for JR Motorsports. Those begin at Texas Motor Speedway in two weeks (Mar. 30).

“I am really excited to get back in a Cup car at Martinsville with Rick Ware Racing. I have a great relationship with Rick and the RWR team. Hopefully we can build on how we performed last year,” Burton said. “Martinsville is my home track and I am looking forward to getting back there and promoting Muzzy’s Bowfishing. As everyone knows, I love the outdoors, and I’m big into hunting and fishing. Having them and also the Rocky brand on the car is very happy.

In only their third season since returning to the Cup Series, RWR expanded to a two-car operation for 2019. Cody Ware, BJ McLeod, and Bayley Currey have wheeled RWR entries, including Currey’s series debut at ISM Raceway last weekend. McLeod scored RWR’s best finish this season, earning a 19th-place effort in February’s Daytona 500.

“We are excited to have Jeb back in our car at Martinsville. The Burton name carries a lot of weight in that area and we will do all we can to put Jeb in a competitive car,” RWR owner Rick Ware said. “We know we he can drive it, so the guys at the shop have been working very hard to build him a good car.”

…UGH!!!!!!! Steer clear! I will be surprised if he doesn’t crash and IS NOT A FACTOR at the end of the race, screwing up something or someone.