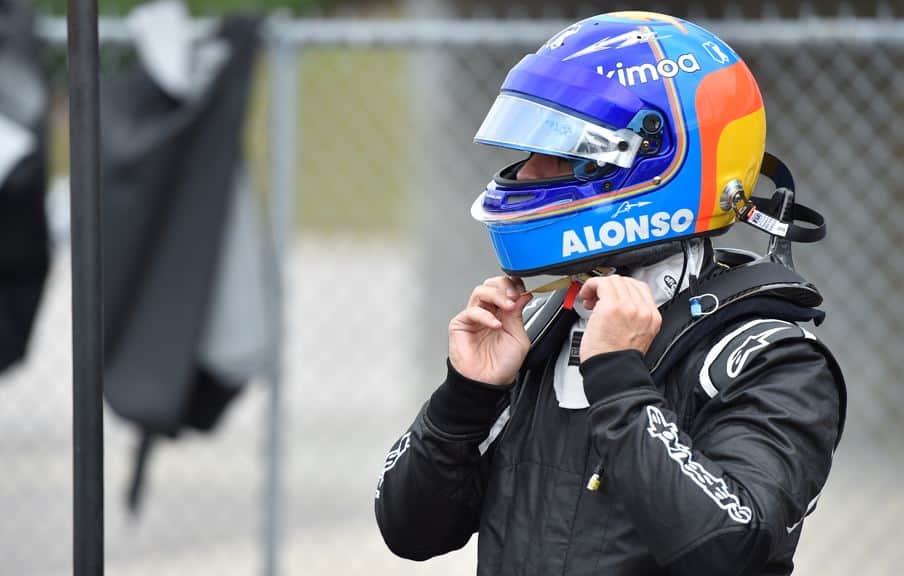 In preparation for his second appearance at the Indianapolis 500 in May, two-time Formula One World Champion Fernando Alonso will be taking to the high banks of Texas Motor Speedway next month.

First reported by Motorsport, it was revealed that Alonso will shake down his McLaren Indy car, equipped with the series’ universal aerokit, for the first time during an April 9 test at the Fort Worth, Texas tri-oval.

Alonso’s last IndyCar appearance came at the 2017 Indy 500, in which his Andretti Autosport Honda donned the manufacturer’s self-developed aerokit. However, the Spaniard does have some experience with the lower-downforce, spec Dallara kit, as he wheeled an Indy car around Barber Motorsports Park last year in its road course configuration.

The Texas test will be supplemented by an additional test at the Indianapolis Motor Speedway later that month, Alonso told Motorsport.

In his first appearance at the ‘Greatest Spectacle in Racing’, the McLaren driver led 27 laps on his way to a 24th-place finish and Rookie of the Year honors, in spite of dropping out of the race on lap 181 with a blown engine.

Alonso enters the race needing only the Borg-Warner Trophy to complete his pursuit of the ‘Triple Crown of Motorsports’ – the Indy 500, the Monaco Grand Prix, and the 24 Hours of Le Mans – following his victory in Le Mans last summer.