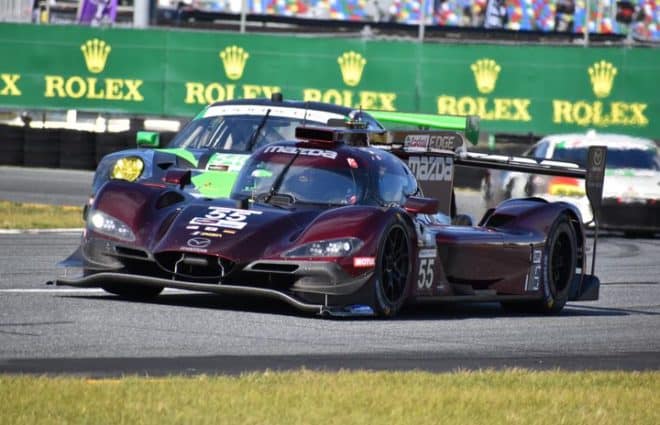 In the morning practice session, Action Express Racing’s Felipe Nasr was fastest overall in his Cadillac with a lap at 125.836 mph.  The quick time was set early in the session.

Things weren’t all that great for JDC-Miller MotorSports’ No. 85, Late in the session, Misha Goikhberg spun the car in Turn 5 and stalled.  He was able to get the car back underway, but not before a red flag was thrown.

LMP2 saw PR1 Mathiasen Motorsports’ Gabriel Aubry fastest with a lap at 121.432 mph, good for 11th overall.  Unfortunately, the team had some problems during the session. Teammate Anders Fjordbach, an ELMS veteran making his IMSA debut, stopped the car on-course in Turn 5 after having some undisclosed issues.  Luckily, the car was able to be fixed without too many problems.

GT Le Mans saw Porsche GT Team’s Laurens Vanthoor top the charts with a lap at 115.094 mph, good for 14th overall.  Vanthoor’s lap was one-third of a second faster than Ford Chip Ganassi Racing’s Richard Westbrook.  Teammate Joey Hand in the No. 66 Ford GT was just behind in third, while Patrick Pilet in the No. 911 Porsche was fourth.  Corvette Racing’s Tommy Milner was fifth in class.

GT Daytona saw Meyer Shank Racing with Curb-Agajanian’s Mario Farnbacher top the charts with a lap at 111.463 mph in his Acura.  That lap was three-sevenths of a second faster than Patrick Long in the Park Place Motorsports Porsche.  AIM Vasser Sullivan’s Aaron Telitz was third in his Lexus, then the Lamborghini of GRT Grasser Racing Team’s Rolf Ineichen.  The Ferrari of Scuderia Corsa’s Toni Vilander was fifth.

Pla’s fast time of the day was set halfway through the session, likely on very low fuel.  On his next lap, Pla all but ground to a halt on-track, which ultimately led to a red flag.  This happens from time to time when teams are testing their fuel consumption.  The Mazda RT24-P was able to continue in the session after getting some fuel.

Pla’s lap was a full eight-tenths of a second faster than Pipo Derani in the No. 31 Action Express Racing Cadillac.  Jordan Taylor in the Wayne Taylor Racing Cadillac was third with Acura Team Penske’s Helio Castroneves hot on his heels.  Oliver Jarvis in the second Mazda was fifth quickest.

Matt McMurry was fastest in LMP2 in the PR1 Mathaisen Motorsports ORECA 07-Gibson with a lap at 120.055 mph, good for 12th overall.  The lap was three seconds faster than Performance Tech Motorsports’ Cameron Cassels.

GT Le Mans saw Porsche GT Team’s Nick Tandy top the chart with a lap at 115.086 mph.  Tandy’ lap was two-tenths of a second faster than Sebastien Bourdais in the No. 66 Ford.  Teammate Ryan Briscoe was another two-tenths back in third, then it was BMW Team RLL’s Philipp Eng in fourth.  Corvette Racing’s Antonio Garcia was fifth.

In GT Daytona, the session got off to a pretty bad start.  Just five minutes into the session, Don Yount spun the Precision Performance Motorsports Lamborghini exiting Turn 1 and hit the tires on the left side of the track, causing a red flag.  Yount was ok, but the crash ended the team’s day on the track.

It was a fast day for Turner Motorsport’s Bill Auberlen.  Earlier in the day, he was fastest in one of the Michelin Pilot Challenge practice sessions.  He was fastest in this session as well with a lap at 111.658 mph, one-third of a second faster than GRT Grasser Racing Team’s Mirko Bortolotti.  PFAFF Motorsports’ Scott Hargrove was third fastest in his distinctive Porsche with the flannel paint scheme.  AIM Vasser Sullivan’s Philipp Frommenwiler was fourth, while Justin Marks was fifth in the No. 86 Acura.

During the night practice session, Mazda Team Joest was able to keep their speed up.  Harry Tincknell took the No. 55 to the top of the charts with a lap at 125.887 mph.  This lap was two-tenths of a second faster than Nasr.  Timo Bernhard in the No. 77 Mazda was third, followed by Cameron and Braun.  McMurry was again fastest in LMP2 in 12th overall.

Garcia in the No. 3 Corvette was fastest in GT Le Mans with a lap at 115.122 mph.  That lap was one-seventh of a second faster than both of the Ford GTs.  Vanthoor was fourth fastest, followed by BMW Team RLL’s Jesse Krohn.

After some struggles early in the day, Magnus Racing’s Andy Lally was fastest in GT Daytona with a lap at 111.321 mph in his Lamborghini.  Lally’s lap was six-hundredths of a second faster than Trent Hindman in the No. 86 Acura.  Bortolotti was third fastest, with Turner Motorsport’s Robby Foley and Long rounding out the top five.

Qualifying for the Mobil 1 12 Hours of Sebring presented by Advance Auto Parts is scheduled for Friday morning at 9:55 a.m..  The session will be streamed live at IMSA.com.

Phil Allaway has three primary roles at Frontstretch. He's the manager of the site's FREE e-mail newsletter that publishes Monday-Friday and occasionally on weekends. He keeps TV broadcasters honest with weekly editions of Couch Potato Tuesday and serves as the site's Sports Car racing editor. Outside of Frontstretch, Phil is the press officer for Lebanon Valley Speedway in West Lebanon, N.Y. He covers all the action on the high-banked dirt track from regular DIRTcar Modified racing to occasional visits from touring series such as Tony Stewart's Arctic Cat All Star Circuit of Champions.
Previous Massie’s Minute: The NASCAR Hall of Mediocrity Taints Its Famous Inductees
Next Toyota Wins Sebring Pole, Fernando Alonso Sets Track Record 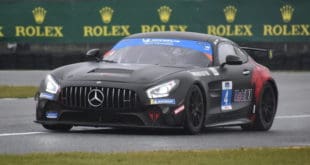