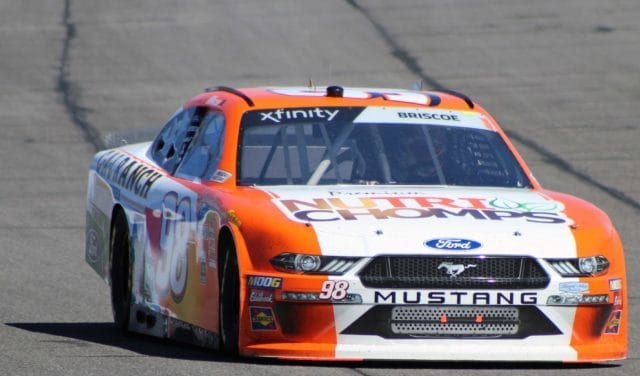 It’s been a breakout season so far for Chase Briscoe and the Stewart Haas Racing organization. The organization snagged its first victory on Saturday (March 16th) with Cole Custer while his teammate also tallied his second top-five finish as a full-time driver.

The stats have been adding up for both drivers as Custer has finished inside the top 10 four out of five races this season while Briscoe has finished earned a top 10 in three out of the five races.

Briscoe has been a “sleeper”, showing his face late in the races this season. Saturday’s race was a slight exception as he earned his best career start of sixth. Briscoe ran inside the top 10 to 15 a majority of the race and made adjustments. His car got better and better, putting him in contention for the win as many in front of him faltered including Kyle Busch, who led the most laps. In the end, Briscoe was able to grab his best finish of 2019.

“We struggled at the beginning like we have all year long,” said Briscoe. “We kind of struggle at the begging of the day and we keep getting it better and better. To come home fifth, I felt like there at the end we were a little too tight but I felt like if we could’ve went that run before the caution came out we may have got second probably third. Overall a good day for the company obviously with Cole (Custer) picking up the win, especially in front of his hometown. Feel like as we keep growing the notebook on what we need to do and continue to get more speed and every week we’ve been getting better and better so here soon we should be able to get a win.”

The organization has been getting stronger and stronger since it kicked off in the Xfinity Series in 2017. Having teammates must be helpful for both drivers as they continue to progress up the NASCAR ladder.

For someone who had never raced on the Auto Club Speedway, Briscoe left with a ton of momentum entering the first off-week for Xfinity Series.