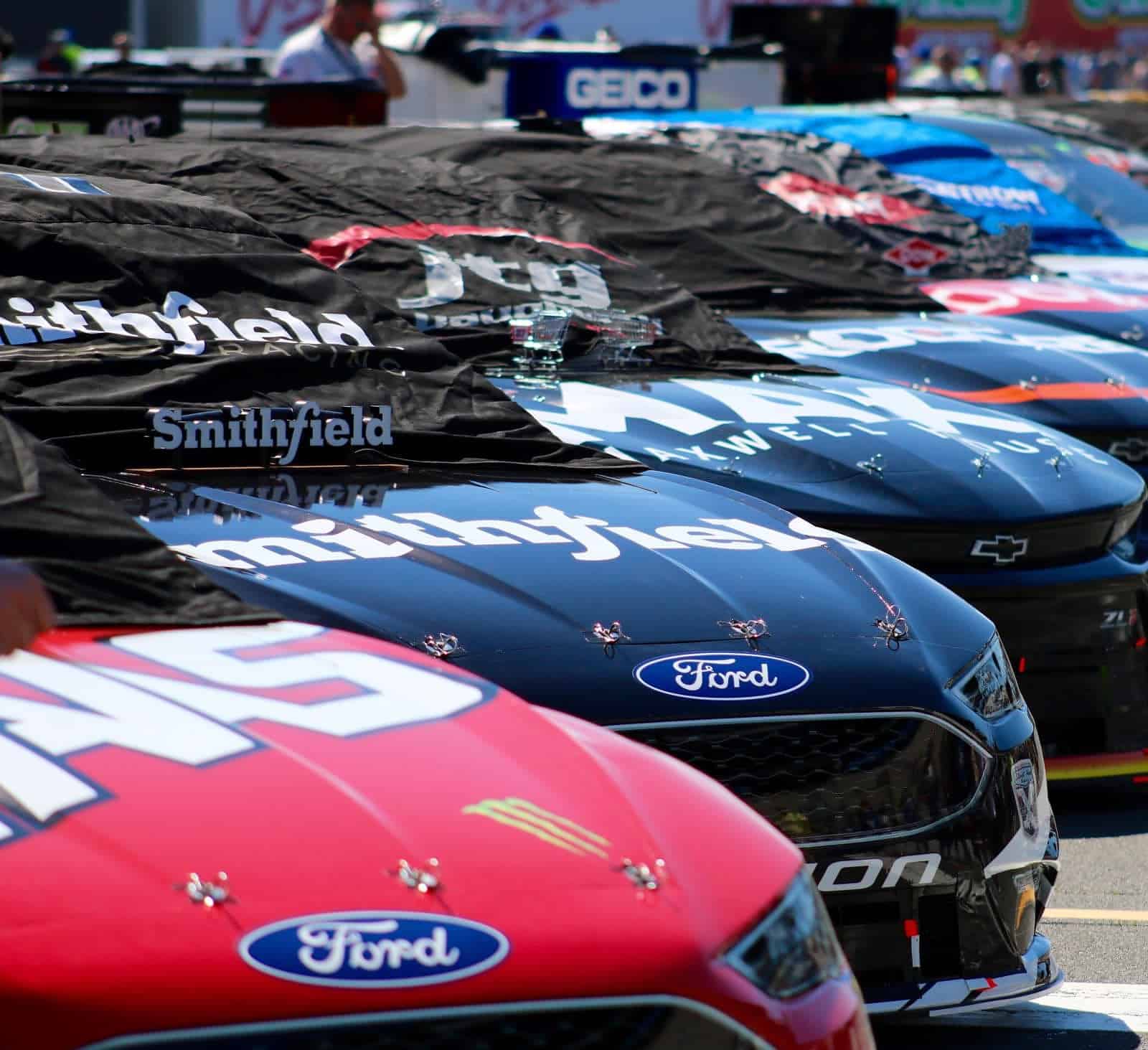 The goal of NASCAR qualifying is to have the fastest speed. On Friday (March 15) at Auto Club Speedway, forget speed; Monster Energy NASCAR Cup Series drivers couldn’t even complete a single lap.

A strategy ploy that failed under the sport’s new handling package ended in embarrassment as all teams were left holding their cards. All 12 drivers who made the final round of qualifying started too late in the session, determined not to be the one at the front of the group draft. Reduced horsepower has made drafting important in order to gain some extra speed for a one-lap run. In many cases, drivers are simply running wide open, not tapping the brakes so they’re searching for any small way to gain time.

But this strategy resulted in no times for anyone. No one completed a lap under the system and all drivers were scored with zeroes. It resulted in Austin Dillon being awarded his fourth career pole after having the fastest time in round two.

“We have a little bit of work to do on our part to get a little better format,” said NASCAR Vice President of Competition Scott Miller after the session. “Having the last 12 cars wait until they couldn’t get a time posted on the board and making a mockery out of qualifying is not what we expect for our fans.”

Following the session, fans in the stands of the Auto Club Speedway clearly booed the “show” that the drivers just put on. It clearly affected the competitors, with everyone from Clint Bowyer to Kyle Busch acknowledging the criticism.

This incident was just the latest edition of NASCAR qualifying showing its ugly flaws. At Las Vegas, both Alex Bowman and Chase Elliott failed to cross the finish line during the final round. The following weekend, Daniel Suarez and Michael McDowell got into a confrontation on pit road at ISM Raceway. Suarez claimed McDowell interrupted his lap time, an issue that’s a direct result of NASCAR’s group qualifying system.

“It’s a little bit on us that we hoped things would go better than that,” Miller added. “We certainly want to provide our fans with what they deserve and we and the teams didn’t do a very good job of that today, so we’re really disappointed.”

With the series headed to Martinsville next weekend, the importance of drafting lessens under a group system. But come Texas Motor Speedway in a few weeks, these old tricks could be at play unless officials commit to major changes.

“I think we will definitely make some tweaks to it, not quite sure what,” Mille said. “We really don’t want to go back to single-car qualifying. There may not be another way. We want to exhaust every possibility before we do that because that’s not as fun, not as intriguing of a show as the group situation.”

NASCAR has been using the group qualifying method since the 2014 spring race at ISM Raceway. Since then, it’s been dropped at the superspeedways. For the sport’s Xfinity and Truck series, it has been dropped at any tracks 1.5 miles or longer.

Get rid of it completely. As Amy said a few days ago, it is not about the “show” for fans. It is about who is fastest. No Gimmicks.

It’s very simple. It’s called SINGLE CAR QUALIFING! It doesn’t take two weeks to set up either.
Qualifying has become a joke just like Stage Racing. The teams all play games and the looses are the fans.
People keep talking about how the ratings, attendance, are down. Well if you look it all started when Nascar, Brian France started messing with a good thing. My Dad used to say, If it ain’t broke it don’t need fixing.

“I think we will definitely make some tweaks to it, not quite sure what,” Mille said. “We really don’t want to go back to single-car qualifying. There may not be another way. We want to exhaust every possibility before we do that because that’s not as fun, not as intriguing of a show as the group situation.”

Wow! they just can’t admit that they screwed up royally, can they. Everything they’ve done since 2004 has been a disaster. All because Matt Kenseth won the championship winning just a single race. Comedian Ron White once said, “you can’t fix stupid”, and the powers at NASCAR prove that. How hard is it to admit to their mistakes? What has to happen? Can’t they see the empty seats, and plunging TV ratings? l guess not. Oh well! I started to watch Daytona and gave up due to the stupidity on the track. I haven’t watched a race since but still check here to see what’s happening. Nice to see that I haven’t wasted any time with watching the “sport”. I have tickets to one race, the June race at Michigan, and am only going because it’s the 100th cup race there. After that race, I am totally done. This from someone who has been watching since 1961.

Get it right! What the hey was wrong with single car qualifying? Hit the track, run your best time, qualify with that. It worked from day one! Get someone that cares for NASCAR AND the fans instead of the knuckleheads “guiding” it now… Get off the cookie cutter cars, let the drivers, crews, and owners figure out how to be fastest.

Friday evening was stupid-and every last one of you – drivers, owners, and NASCAR executives deserved what you got. Disgusted!

Every time NASCAR changes something there are always unintended consequences. It’s pretty sad when the people in charge, that are really supposed to know the sport, can’t foresee some of them. What a bunch of dolts.

I am with everyone else here. Just go back to single file qualifying and be done with it.

Disagree completely. Nothing more boring than single car qualifying. Love to see innovation, strategy and just letting the teams work it through. With the cars so even now, NASCAR might just tell them to pull a number out of the barrel in the future.

I totally disagree, its on the teams to know the rules and get it right. Quit pampering them by constantly dumbing it down.

Geesh, they will figure it out, but not if they keep getting bailed out every time they screw it up.

I thought the INTENT of group qualifying was to let drivers take additional laps if they screw the first two up or perhaps wait for a cloud or for the track to get cooler or the driver to finish their dump. I don’t think the intent was to create drafting opportunities or getting in the way of another driver making their lap.

So the TEAMS HAVE FIGURED IT OUT,,, “F the intent of the rule, there is a loophole and I am doing what I think is in my best interest and I don’t care what people think or how much it undermines the process”. This is a repeat of what originally happened at Daytona and Talladega when they first went to group qualifying so I don’t know why anyone is surprised. The only guess I can make is that NASCAR didn’t think the drafting properties of this new package would be as high as they are.

So now they will have to come up with a new layer of rules to force drivers to do what they knew they should have been doing in the first place; qualify based on their own car speed with no assistance or hindrance from any other car. That is the intent of qualifying.

Simple fix. If you don’t turn in a time in the final “round of 12” qualifying session, you start at the back of the field.