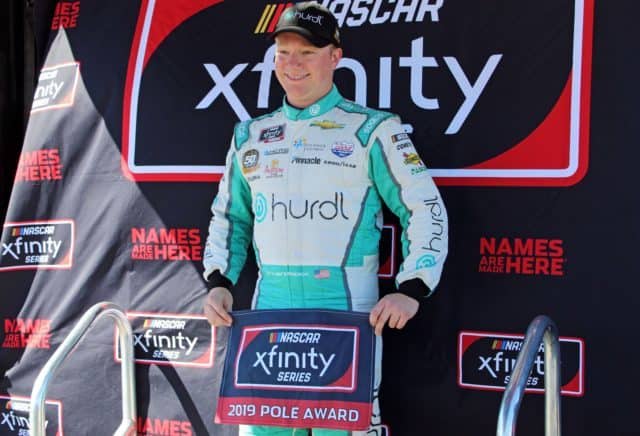 This afternoon, Kyle Busch will be looking to make history by winning his 200th NASCAR national series victory, tying Richard Petty for most wins all time.

However, he will have to get past Tyler Reddick to do it.

Unlike the Monster Energy Cup Series, the XFINITY Series has single-car qualifying at tracks that are larger than 1.5 miles. There were two sessions with the fastest 12 cars advancing to the second and final round.

In the first round of qualifying, it was all Kyle Busch as he ran of a lap of 180.718 mph, which was over a full second faster than the No. 20 of Christopher Bell. Tyler Reddick, Cole Custer and Ryan Preece rounded out the top five in the first round.

Halfway throughout the session, DGM Racing’s Caesar Bacarella backed it in to the fence in Turns 3 and 4.

The aftermath of Caesar Bacarella’s car after he spins it into the fence during qualifying. #NASCAR @ACSupdates pic.twitter.com/uusqXAizsE

Among the notable names in Round 1? Ross Chastian and Daytona winner Michael Annett as they will start 15th and 16th, respectfully.

In seemed as though Round 2 was simply a formality with Busch showing a ton of speed in his No. 18 Toyota. Busch’s lap was 179.654 mph.

It's @TylerReddick who wins today's pole at @ACSupdates. #PAG300 pic.twitter.com/pJCLg9fSSy

The 21st Annual Production Alliance Group 300 will go green at 5:00 PM ET and will be televised on FS1.