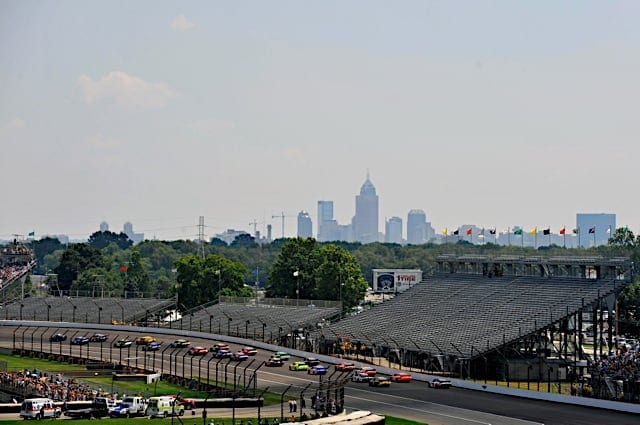 The Indianapolis Motor Speedway Hall of Fame will be adding two more legendary figures to its hallowed halls, announcing on Wednesday that two-time Indianapolis 500 winner Dan Wheldon and long-time motorsports journalist and broadcaster Bob Jenkins will be inducted into the shrine later this year.

Chosen from a ballot of 14 nominees, Wheldon and Jenkins were selected by a panel comprised of journalists, historians and former racers to join the Hall of Fame at the Indianapolis Motor Speedway Museum, and they will be officially inducted this May.

Wheldon twice claimed victory in the Indianapolis 500 — first in 2005 with Andretti Green Racing. Then, Wheldon shocked the world in 2011, again taking home the Borg-Warner Trophy in a one-off ride with underdog Bryan Herta Autosport. The British driver also took home the IndyCar Series title in 2005, racking up a total of 16 wins over the course of his career.

Wheldon’s life was tragically cut short when he was killed in a multi-car accident at Las Vegas Motor Speedway’s IZOD IndyCar World Championship in 2011.

However, his legacy has lived on long after his death, as the series introduced a new Dallara chassis the following season. Without a full-time seat in the 2011 season, Wheldon played a crucial role in developing and testing the new car, which was later dubbed the “DW-12.” It still serves as the base for all NTT IndyCar Series entries.

2019’s second inductee, Jenkins, will also be recognized for his off-track contributions to the sport and the speedway.

Jenkins career as a broadcaster began in 1979, when he joined then-fledgling sports network ESPN. In addition to covering hundreds of NASCAR races with ESPN, including the inaugural Brickyard 400, Jenkins became the “Voice of the 500,” leading IMS Radio’s global broadcast of the Indianapolis 500 from 1990-98. Before retiring from broadcasting in 2012, Jenkins anchored NTT IndyCar Series races on ESPN, as well as Versus (now NBCSN), in addition to weekly USAC Sprint and Midget Races seen on ESPN.

Despite his official retirement, Jenkins couldn’t stay away from the sport for too long and now spends ‘the Month of May’ as the speedway’s public address announcer.

Tony George, president of the Indianapolis Motor Speedway Foundation which operates the IMS Museum, expressed his enthusiasm for the panel’s selections.

“We’re extremely pleased that the IMS Hall of Fame voting panel have chosen Dan and Bob to be enshrined with so many legends of motorsports,” George said. “Both of these men have never been shy about their love for IMS. Dan was more than a great father, husband, son and friend — we celebrate the man he was and his enthusiasm for life.

“Bob has brought to life some of the most memorable moments in IMS history — the closest ‘500’ finish in 1992 and Jeff Gordon’s victory at the inaugural Brickyard 400 immediately come to mind,” he added. “His contributions to the Speedway are many.”

The pair will be officially inducted during the 2019 IMS Hall of Fame Induction Ceremony and Indianapolis 500 Oldtimers Dinner on Thursday, May 23 in Indianapolis.