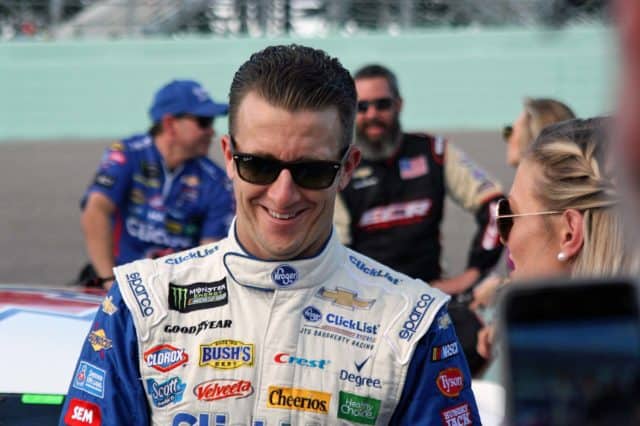 After a brief absence, AJ Allmendinger is returning to NASCAR competition. The Los Gatos, Calif. driver will pilot the No. 10 Chevrolet for Kaulig Racing in select events throughout the 2019 NASCAR Xfinity Series calendar, the team announced Thursday (March 21).

After leaving the driver’s seat as a full-time driver following the conclusion of the 2018 Cup season, Allmendinger made the transition to television and currently serves in a variety of roles among NBC’s NASCAR and IMSA coverage.

Despite an extensive Cup career, Allmendinger has enjoyed success in just 11 Xfinity starts, including two victories, one pole and three top 10s.

“I am excited for the opportunity to hop back into a Xfinity Series car, said Allmendinger. “I look forward to helping Kaulig Racing build their program, as well as, fight for wins with them.”

The Californian joins Elliott Sadler, Ross Chastain, and Austin Dillon who will compete in select events wheeling the No. 10, a second car for the Kaulig team. 2019 rookie of the year contender Justin Haley pilots the team’s flagship No. 11 full time.

“I am looking forward to seeing what AJ can do in the No. 10 Kaulig Racing Chevy, said Chris Rice, president of Kaulig Racing. “He is another talented driver that we have tapped to wheel our All-Star car and I can’t wait to see it compete for wins.”

Sponsorship and a list of slated races will be announced at a later date.