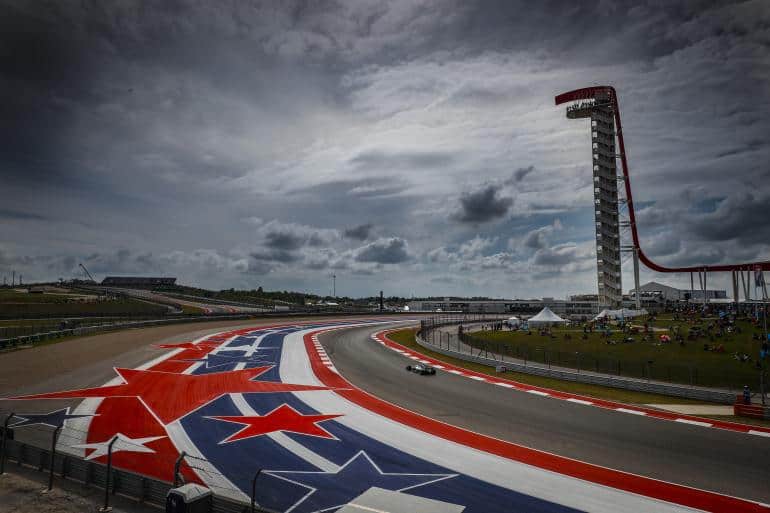 There will always be comparisons between the world’s two premiere open-wheel racing series, but likely never more than this weekend, as the NTT IndyCar Series takes over the Circuit of the Americas for the inaugural INDYCAR Classic.

The inaugural #INDYCARClassic grid is set after an electrifying qualifying and Firestone Fast 6! If @12WillPower can win from pole tomorrow, he'll take home a cool $100,000. What's that in Aussie dollars? pic.twitter.com/Jzv27P1naj

Located on the outskirts of Austin, Texas, the circuit has primarily been the home of the Formula One United States Grand Prix since its opening in 2012, but now adds IndyCar to its slate of races, meaning, for the first time since Champ Car last visited Circuit Gilles Villeneuve in Montreal in 2006, we’ll have direct lap time comparisons.

But that’s not of much concern. Nobody’s pretending that a spec Dallara chassis is as fast as a car built by a team with a $300 million budget. Although Saturday’s pole-winner Will Power‘s gap to Hamilton’s record-setting time shrunk to under nine seconds following Saturday’s qualifying, the focus will really be on the racing product.

The 3.4-mile track features a mix of long, winding, technical sections and long straights followed by slow, tight corners, making for several prime passing zones, all of which could lead to some of the slicing and dicing that the series is known for.

St. Petersburg winner Josef Newgarden picked up right where he left off, leading a shortened Practice 1, in which second-quick Colton Herta‘s Honda engine went up in flames, bringing out an extended red flag-period. But Newgarden lost that early speed, falling off in the second session and barely sneaking into the Top 10.

His Penske teammates also looked sharp in practice, with Power posting the top time in Practice 2, and Simon Pagenaud laying down the quickest lap in Friday’s Warmup. Alexander Rossi also impressed, topping the charts after Practice 3 with the fastest lap of the weekend up to that point.

You get one driver from the @FirestoneRacing #Fast6. Who's your pick to win the inaugural #INDYCARClassic? ? pic.twitter.com/J1wITCUs3g

But it will be Power leading the grid up the hill to the tight Turn 1 tomorrow morning and he’ll have a little bit of extra incentive to stay there.

On Thursday, COTA executives offered up a bonus–to the tune of $100,000–if Saturday’s NTT P1 Pole Award Winner could follow up with a win on Sunday. We’ll have to see how it plays out, but the bonus will make it fun to watch the Aussie try to fend off the field for 60 laps.

It was another disappointing Saturday for Pagenaud, who, like at St. Pete., will start near the rear of the field after, again, getting caught out by a red flag. Tony Kanaan spun coming out of Turn 19 and stranded himself in the gravel, putting an ended to the first round and locking in all six advancing drivers.

➖ Your @FirestoneRacing #Fast6 is set ➖

Felix Rosenqvist looked like the favorite to snatch the pole heading into the Firestone Fast Six after laying down a blistering lap of 1 minute, 45.5392 seconds, the fastest of the weekend, but Power, like many times before, dug deep to claim his 56th career IndyCar pole. The Swede was relegated to 5th in the final round and will start next to his teammate, Scott Dixon.

Rossi nearly snatched the pole away from Power, just under two-tenths of a second back, and will start on the front row. His teammate, Ryan Hunter-Reay, will start just behind him in third, alongside Herta and his Harding Steinbrenner Racing machine, capping his first Fast Six appearance with a 4th place effort.

The rookies have already continued to impress, with Herta and Rosenqvist both putting their Honda machines near the top of the charts during the three practice sessions, then following up their early speed with trips to the Fast Six. Both are coming off Top 10 finishes at St. Petersburg and look like they could be the real-deal. It’s shaping up to be a tough fight for this year’s Rookie of the Year honors.

Sunday will also mark rookie Patricio O’Ward’s first start of the 2019 season. It was announced at St. Pete that the 2018 Indy Lights Champion would run a 13-race program with Carlin Racing this year, including the Indianapolis 500, giving the Florida-based squad two full-time cars when combined with Charlie Kimball‘s partial schedule.

It’ll also be important for Newgarden to follow up his season-opening win with another solid performance in Austin. Last year, the 2017 Champion was all-or-nothing in his title defense, winning three races, but otherwise never managing to find the podium. After setting himself up early, consistency will be crucial if the young American star wants to turn one championship into two.

Ed Jones will also be interesting to watch this week. The Ed Carpenter Racing driver broke a bone in his hand during a hard crash in St. Pete, and was only recently cleared to race this weekend. He seemed to be managing well, putting the ECR Chevy in the Top Five in Practice 2, and starting a modest 17th on the grid, but turning a few laps in practice is a much different story than a 60-lap race.

Pre-race coverage for Sunday’s race begins at 1:00 p.m. E.T. on NBCSN, with the green flag expected to drop at 1:40 p.m. E.T. Streaming is available on the NBC Sports App with a cable subscription.