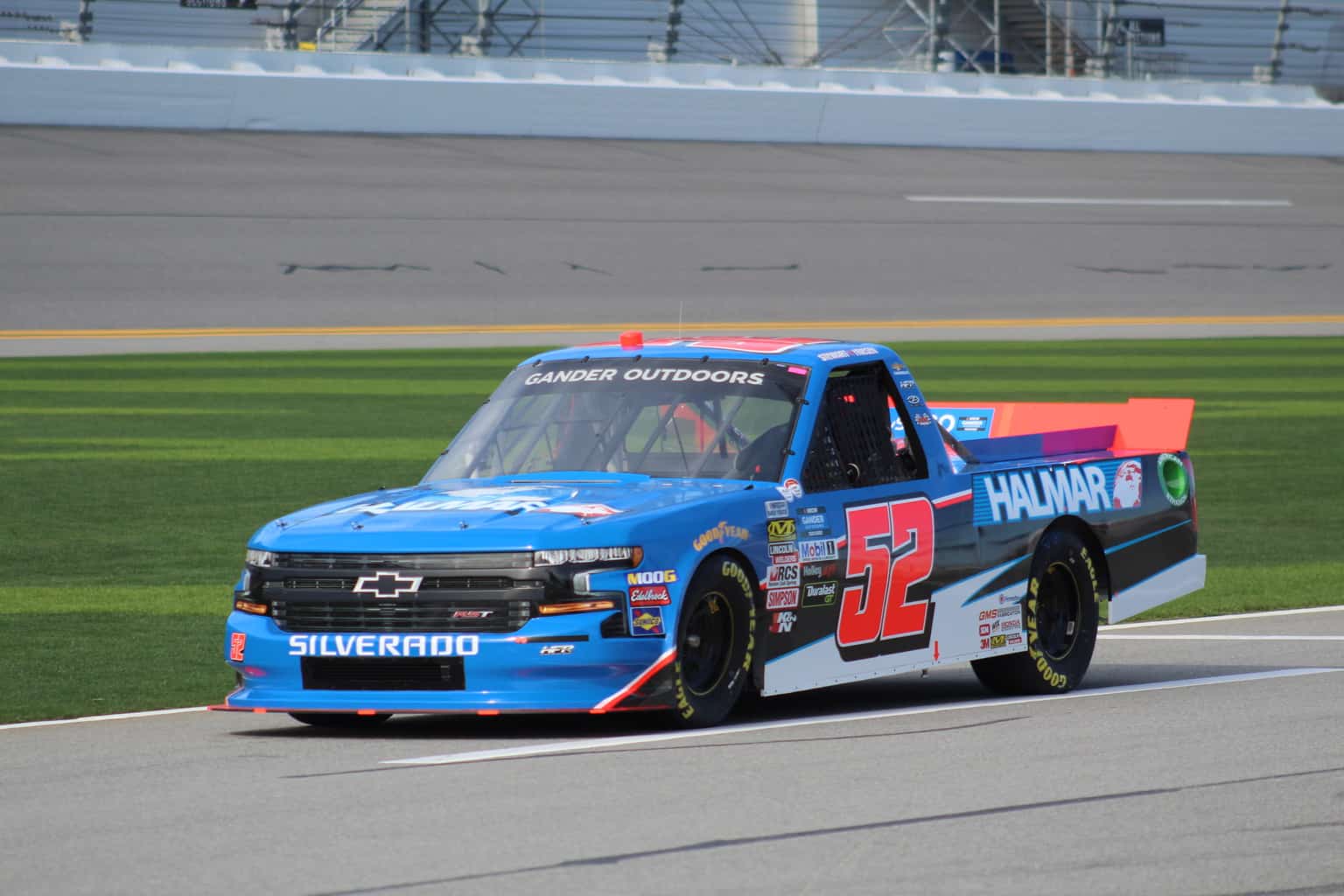 Stewart Friesen will lead the field to green for the TruNorth Global 250 at Martinsville Speedway, round four of the 2019 NASCAR Gander Outdoors Truck Series season.

Friesen, who is still looking for his first Truck Series win, earned his third career pole after being the fastest in the third round of qualifying at a speed of 96.465 mph. Kyle Busch, entering this weekend riding a huge wave of momentum following his 200th career NASCAR national series win, will be on the outside front row in second.

There were no major incidents or problems in any of the three rounds of qualifying.

Busch was the fastest of round one. The drivers who did not qualify on speed and will lineup on owners points in 28th-31st were Brandon Poole, Jordan Anderson, Korbin Forrister, and Daniel Sasnett. Travis Kvapil, 2003 Truck Series champion, did not qualify for the race but will start 32nd via his past champion’s provisional.

Moffitt was fastest in round two, with Busch in second and Ross Chastain ending up third. Some of the drivers who didn’t move out of this round include Bubba Wallace (13th), Myatt Snider (15th), and Harrison Burton (18th).