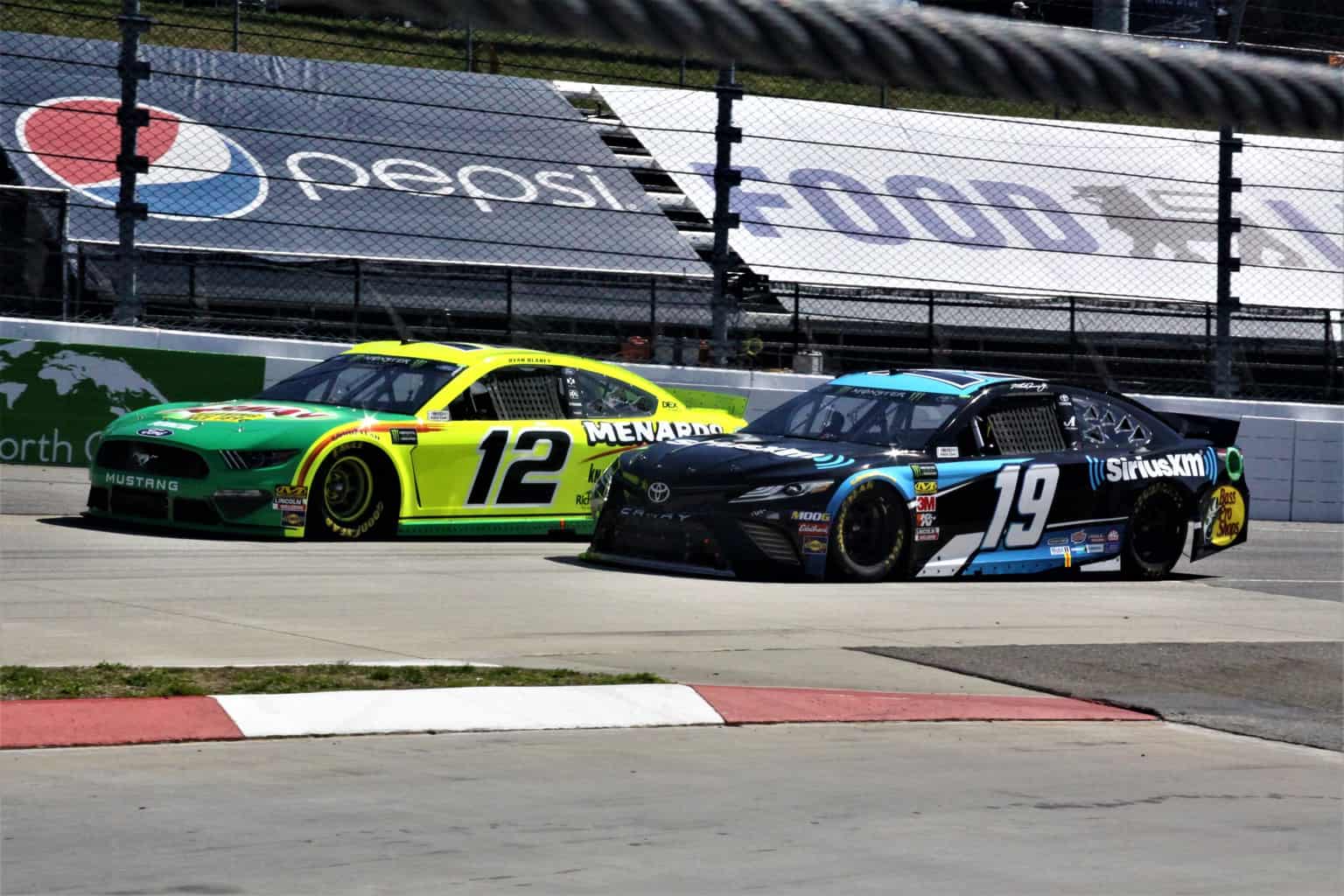 Following an unusually uncompetitive day Sunday at Martinsville Speedway, Martin Truex Jr. was among the many who left the half-mile disappointed.

Managing only eighth in the STP 500, the first-year Joe Gibbs Racing driver was unhappy with the higher downforce package used over the weekend, saying it complicated passing on the year’s smallest track.

“We’re going to be faster everywhere, but the real shame of it is that hard to pass,” Truex said. “I couldn’t believe — you’d get behind three or four guys, you’d run them down from a long way back and then you’d be stuck there. You couldn’t run any faster than them. It’s just crazy how it works.”

Truex believes no change was necessary for the short track races, as the recent competition and thrilling finishes at the small tracks speak for themselves.

“I thought we had some awesome short track races last year with the low downforce,” he said. “I know we’re running the package here because we’re trying to save the teams money from having two packages that are different. But I know that the racing was a lot better before.”

Truex’s opinion is backed with the numbers, as Sunday saw only three lead changes, tying the least at Martinsville since 1961. And though the circuit doesn’t return to Martinsville until October, the tough passing conditions could return soon, said Truex.

“This one is the slowest, so it should be the easiest [to pass],” he said. “They’ll get harder as we go. Richmond is going to be tough. When we go to Dover with this package, it’s going to be near-impossible.”

“A little frustrating but hopefully we can figure it out better than everybody and lead all the laps.”

Brad Keselowski did nearly that, leading 446 of 500 laps toward his second win of 2019. Though Truex has yet to drive into Victory Lane with JGR this year, the 2017 champion is happy to have top-five speed to start the year.

“It’s been consistent, we’ve been solid,” he said. “But we need to find more. That’s how it goes around here… if you’re not winning, you’re looking. We’re looking.”

Marty the short track ace speaks. Why bother quoting him at a short track !
Brad figured it out Marty, so did Clint.

I bet the racing would have been just fine if he’d won.

Same dribble from the whiner. Just this time he did not say “I had the fastest car and I should have won”. He always says that when somebody wins and led much more laps than he did. Shadddupppp Marty!

Why quote this clown who has been in Cup for what 14, 15 years and has not won at a short track. Yeah, quote the expert. Lol.

Oh and the other one he is good about whining….”So and so raced me hard”. SMH

Sour grapes. I don’t buy aero as being a big deal at Martinsville, kripes they’re only doing 60-70 mph in the corners, you’re not making much downforce at those speeds.

Tom B
Reply to  sol Shine

I remember the graphics showing 59mph at the slowest point in the turn and 118mph at the fastest part of the straight away. I agree about the lack of downforce. I usually find something worth while in all the races, but this one was boring, follow the leader. I remember you couldn’t get a ticket to this race. A lot of empty seats for a beautiful day.