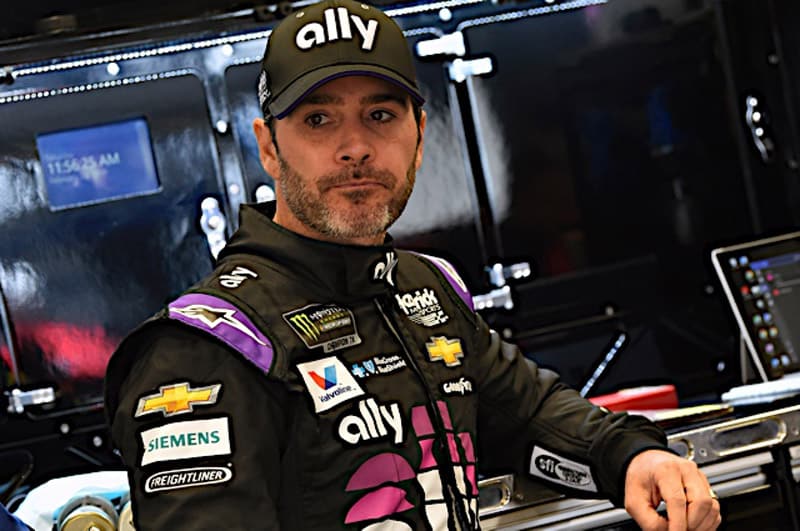 Brad Keselowski was the definition of dominant Sunday (March 24), leading 446 of 500 laps. He beat every car off pit road on every pit stop and got passed for the lead under green only once during his march to the front. Team Penske is quickly making last year’s Big Three look like a distant memory, positioning itself as early title favorites.  That can certainly change. But right now, it’s not out of the realm of possibility to think the road to the title this year will at least have to go through this group.

Keselowski and his team made the day look easy, but keeping up with the track for 500 laps wasn’t so simple. Crew chief Paul Wolfe was able to make the right adjustments to stay ahead of the game as the track changed throughout.  The higher downforce of this year’s aerodynamic package was also important as it allowed drivers to be more aggressive than recent races.  That played right into the hands of those with a hard-nosed style; Keselowski certainly fits that bill.

One driver who quietly made gains Sunday was Ty Dillon. He didn’t qualify well, but found some speed in the No. 13 and was able to avoid bad luck and race to 13th by race’s end, his career best at the track. The third-year driver didn’t live up to expectations a year ago, but he’s off to a solid start in 2019 as his team ramps up its alliance with Richard Childress Racing, moving its shop to the RCR complex. Don’t write him in as a playoff contender just yet, but do look for continued improvement over 2018.

Want old-school racing?  You got it Sunday, and you get it every time NASCAR comes to this little track in the Virginia hills. Tracks like Martinsville, the very essence of the sport’s past, should be its future, too. NASCAR should encourage the development of more places like this one. Tempers were hot (just ask Clint Bowyer who angry-drove his way to seventh after a pair of penalties). Bumpers were used for bumping and somebody was racing somebody else on every one of those 500 laps.

Martinsville deserves a better date on the calendar, and the fans deserve more races like the one we got today.  Even Keselowski’s domination didn’t keep it from being compelling. That’s simply not the case after a performance like his on an intermediate track.  Why? There were other battles, other storylines, a picture of racing that’s as rich and diverse as it ever was.

Martinsville is NASCAR’s perfect track. This is where we need to go.

Polesitter Joey Logano led the first five laps but it was clear from the start he didn’t have the same magic as teammates Keselowski and Ryan Blaney, who ran fourth. Logano fell through the field all day and wound up 19th, the next-to-last car on the lead lap.

Denny Hamlin, who topped the charts in the first two rounds of qualifying and has five Martinsville wins, was good on Sunday, running as high as second. The No. 11 stayed with the track all day but never got ahead of it en route to a fifth-place finish, putting two Joe Gibbs Racing cars in the top five (Kyle Busch finished third). Hamlin hasn’t been in the spotlight this year, even after winning the Daytona 500, as Busch chased 200 national series wins. But he’s right there in title contention, sitting second in points behind Busch. His worst finish of 2019 is 11th as new crew chief Chris Gabehart works some magic.  Is 2019 the year Hamlin puts the talk about not closing out a championship to rest?

Active Martinsville wins leader Jimmie Johnson had what can only be described as an abysmal day.  After qualifying 12th, he quickly fell back, losing two laps to the leaders before the day was done. Johnson barely spoke on the team radio as he was passed by car after car, never getting a handle on a track where he’s won nine times.  This race could have turned it around for Johnson; instead, it’s left the No. 48 team scratching their heads.

Defending race winner Clint Bowyer had a car that looked capable of making a run at Keselowski, especially late in the race. But a pair of pit road speeding penalties cost him too much track position to make up. Bowyer charged through the field after the second penalty, finishing seventh but driving angry. He knows he could have had more.

Chase Elliott had a strong car all day long and was able to make up ground on Keselowski at the end after leading 49 laps mid-race. But he didn’t quite have the car to keep up.  Still, it was a solid day for the youngster, who’s making a case for himself as Hendrick Motorsports’ top dog.  Even though Elliott didn’t get close enough to use his bumper in a bid for the win, we saw plenty of bumpers being used.  The higher downforce on this year’s car allows drivers to drive in deep and make aggressive moves with less risk of upsetting their own runs.  The Martinsville version, with the big spoiler but full horsepower, might be the best we’ve seen of the package yet this year.

Is it the cars or is it the driver? As Elliott was chasing a win and falling just short, Johnson was toiling in the back half of the field for most of the day.  At Martinsville. In fact, at one point, he was racing at fairly equal speeds with the No. 15 of Ross Chastain. Yeah, it was that bad.

So what’s going on?  That’s the million-dollar question.  Johnson’s driving style doesn’t mesh with the lighter, lower horsepower cars. It never has.  But the Chevrolets are all struggling.  Finally, Hendrick Motorsports has never really been successful with four teams and one has always lagged behind. The last time four HMS cars all won races was 2014, five years in the rear-view mirror. The organization also did it in 2012, but before that, it was 2007.

Whatever the problem is, it’s time for Johnson to hit the panic button. This race should have been the one where he took matters into his own hands and drove the car to a solid finish.  That he was unable to do that is very telling and very troubling.

How… soon is too soon to worry about the playoffs?

It depends on how secure you are. For this year’s winners, it’s only time to think about finding out what you can, relaxing after securing a playoff spot but not getting too confident. Things will change as teams work with the current race packages.

For teams around the points cutoff who don’t look like a win is coming anytime soon, it’s never too early to think playoffs. That’s drivers like Erik Jones, Johnson, Alex Bowman and Ryan Newman. For them, it’s a matter of making every position count until they can hopefully lock themselves in with a victory.

It’s too early to start thinking about if the regular season ended next week, and it’s too soon for anyone to panic.  But already, for some, there has to be a backup plan.

Said it all last year but will repeat it once more. Jimmie will never won another cup race in his career unless it’s a rain win. As we’ve both noted, he has never figured out how to run lighter, lower horsepower cars, and never will. And I’m a UK fan.

I think that is JJ’s major problem also. It seems that perhaps Kyle Larson is suffering from the same issues with this current car.

All that may be true but don’t discount father time’s hand in his decline. Pick any successful driver and chart out their success as a function of age and, as a general rule, you will see a downturn after 40. As far as I am concerned his downturn started happening before he won that last championship because, IMO, he won that by default after the top 3 cars (99,18,22) all had issues.

timfromchandler
Reply to  Bill B

I think part of his problem is not getting the expected caution at the end of the event to put him in a position to win. But I also think that it wouldn’t help him any now.

Don’t forget Jimmie won six races at LOWES Motor Speedway in the LOWES Chevrolet, incuding a rain-shortened one that was red-flagged and restarted multiple times for rain until Johnson got the lead, then it was promptly called. Since the track name went back to Charlotte Motor Speedway in 2010, Johnson has won there just twice.

Ah, who doesn’t love a conspiracy theory? I sure do! And I think that’s just one of dozens of examples of JJ getting the kiss from Crasscar. Like the pump up shocks of Dover. A classic.

Bill B
Reply to  sol Shine

I actually thought the pump-up shock deal was clever enough that it impressed me more than irked me. The one that really pissed me off was the Talladega race where someone actually heard Knaus tell him to remember to back it into the wall if he won and he did.

A so-so race at a short track is still miles better than most any race at a cookie cutter. With traffic there is always someone racing someone.

Wait, JGR has won 3 races so far, Kyle from 14th to 3rd, and Penske has made us forget about last years big three? Penske shill here or what Amy? Look I like Brad K, but nobody has given this season to Captain I’ll out spend you, but you.