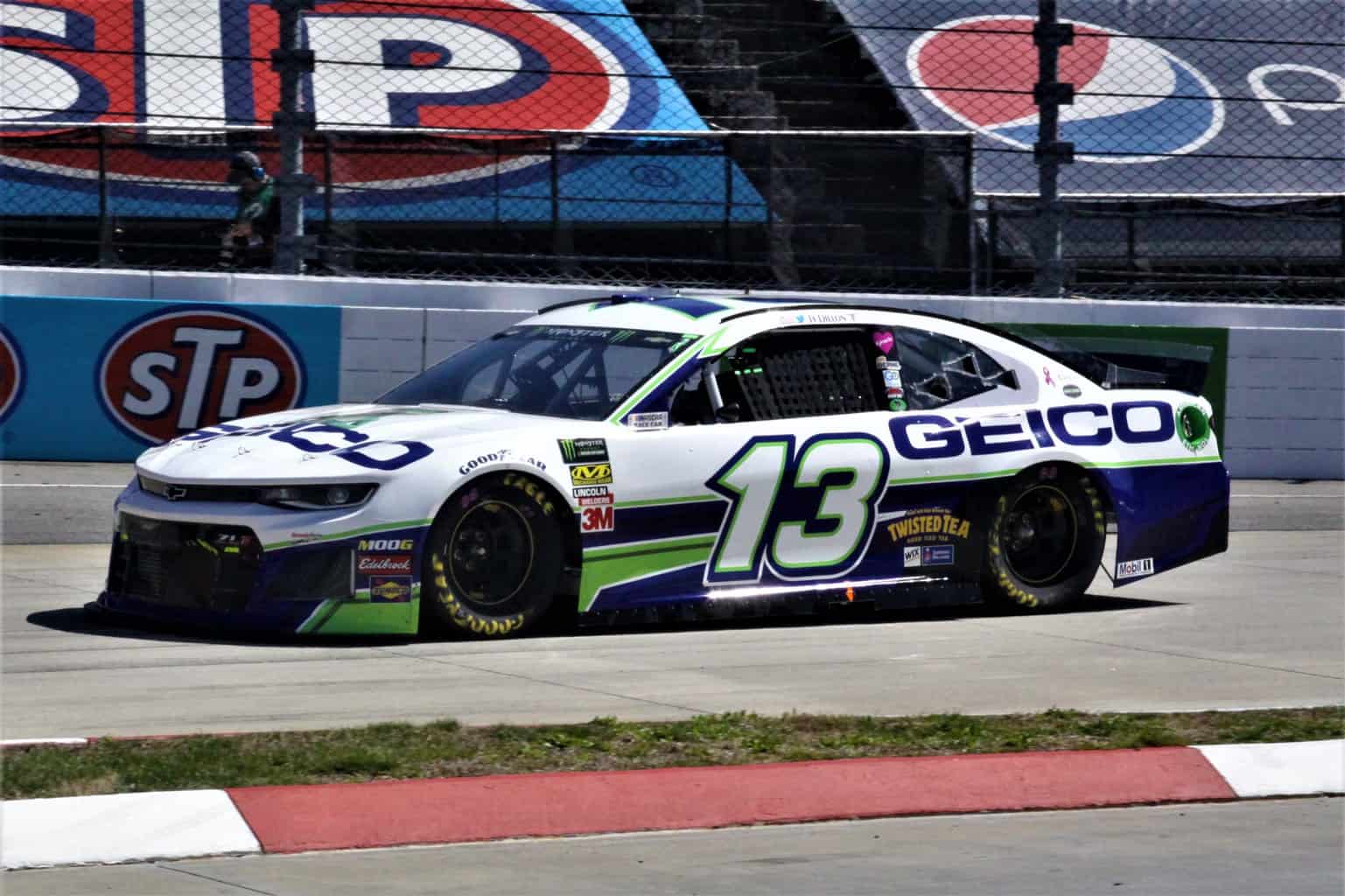 Ty Dillon is back at the head of the underdog table this week. The number 13 turned out to be plenty lucky for Dillon, as his No. 13 Chevrolet finished in the 13th position in Sunday’s STP 500 at Martinsville Speedway on Sunday (March 24).

For the Germain Racing driver, the 22nd-place start coupled with the finish brought his average in both categories to 19.2. Dillon has advanced to the second round of qualifying each week, starting no worse than 22nd thus far. Additionally, Dillon has completed all but eight laps that have been run in 2019, including all 500 on Sunday.

“I am really proud of our effort,” Dillon said after the race. “This is what we envisioned three years ago in doing. Just getting better every year and making sure we had taken the right steps to be where we needed to be in year three. We just want to keep going in that direction.

“I think as we continue to grow we are going to be more and more competitive at the short tracks. We just have to get it where we are running top 15 at the 1.5-mile tracks, and then we can be really competitive.”

2019 started ideally for Ryan Preece at Daytona. But since then, things haven’t gone all that well for the rookie.

The STP 500 certainly gave Preece a reason to smile again. As has been the case much of the year, the No. 47 showed some speed. The difference this week was the modified standout didn’t run into someone else’s crash or doom himself with any pit road penalties, landing a 16th-place result. Like Dillon, Preece completed all 500 laps in his JTG Daugherty Racing Chevy.

Matt DiBenedetto continued his much improved 2019 campaign with a 20th-place finish. Leavine Family Racing has shown great improvement courtesy of an alliance with Joe Gibbs Racing. However, the results haven’t been nearly as good as the lap times would indicate. At Martinsville, the LFR No. 95 Toyota was fast once again but for the second week in a row, the team was able capitalize on the good run.

On Saturday (March 23), Ross Chastain had a shot to pull off an underdog win in the NASCAR Gander Outdoors Truck Series race. However, in the end, Kyle Busch was too much for Chastain and his Niece Motorsports truck. Still, Chastain finished fourth, making him the only driver with a top 10 in each of Truck races thus far in 2019. Had he declared for points in the series, he would be leading the standings.

Bubba Wallace isn’t really much of an underdog in terms of driving. He’s won in the Truck series and drives in the Cup Series full time. However, the team he drove for in Saturday’s race is most certainly deserving of the title.

Tim Self has fielded a truck in 32 races, mostly for his son Austin Wayne Self. The younger Self has a top five finish at Daytona in 2017 and a trio of ninth-place results in his career. But the team elected to put Wallace in the truck at Martinsville and he responded with a 10th-place finish, the sixth top 10 in team history.

Derek Kraus might not be a household name but it’s time to get familiar with this up-and-coming driver.

Kraus is just 17 years old, but already has seven wins in the K&N Pro Series on both the East and West tours. The Stratford, Wisconsin native has two starts in the truck series for Bill McAnally Racing, finishing eighth and 18th.

But it’s in the K&N tours where Kraus has done his most impressive work. In the West division, Kraus is running his third full-time season. However, he’s already racked up five wins, six poles and 21 top 10s in just 29 races. He’s also run in 10 East races, winning twice, along with two poles and finishing in the top five seven times. Not to mention Kraus has won two heat races in the event at the Las Vegas dirt track and has run in the prestigious Snowball Derby each of the past four years.

This year, Kraus will once again compete for the championship in the K&N Pro Series West. After finishing third and fourth in the standings in each of the past two seasons, odds are that’ll help be force to be reckoned with once again in 2019.

One of the fastest cars on track throughout the afternoon, Dillon earned Germain Racing’s third top-15 finish of 2019! pic.twitter.com/QFcoCvzvq9

Fourth place finisher @RossChastain on racing with Kyle Busch, if he expected @NieceMotorsport to be contending for wins this soon and if he regrets not racing for Truck points. pic.twitter.com/2abeN4Quvw

Unfortunately this summed up our day. We continued to press on with a lot of damage. https://t.co/uLof7VwmhK