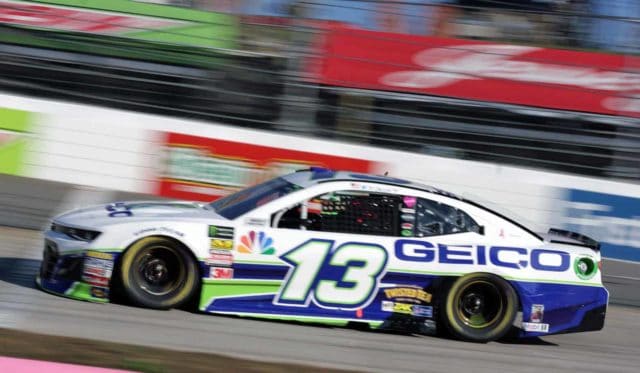 In this week’s edition of the Frontstretch Podcast, Dustin Albino and Mike Neff talk about Brad Keselowski‘s dominance last weekend at Martinsville Speedway, leading 446 of 500 laps.

Next, the duo digs into the battle between Joe Gibbs Racing and Team Penske, as the two organizations have combined to win all six Cup races this season.

Chase Elliott looked brilliant at Martinsville by running in the top five the entire race, but what’s going on with Jimmie Johnson and the No. 48 team?

Finally, the duo examine the 2020 Monster Energy NASCAR Cup Series schedule that NASCAR released on Tuesday (March 26). Among the things we like: the Pocono Raceway doubleheader in June, Martinsville moving to Mother’s Day Weekend, the cutoff playoff races and the possibility of a rotating championship race. You’ll have to tune in to find out the rest.

Then, Albino interviews Ty Dillon, discussing his top-15 finish for Germain Racing at Martinsville. The No. 13 has a trio of top 15s in the opening six races, currently ranking 23rd in points.

Dillon describes how Germain Racing has improved from his first two seasons in the Cup Series, how the aero package has made the No. 13 team optimistic and the 2020 schedule, among other topics.