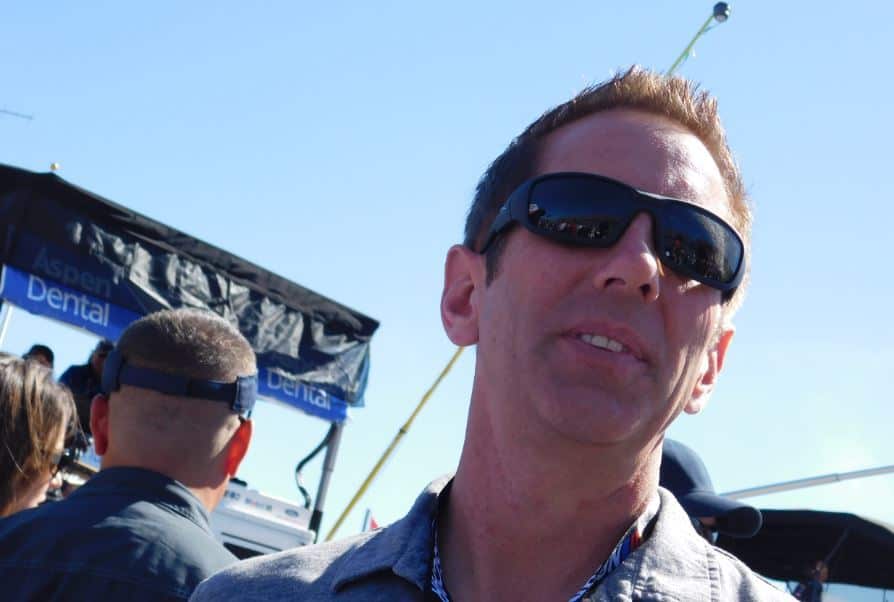 Greg Biffle will return to NASCAR this weekend in the Gander Outdoors Truck Series practice at Texas Motor Speedway. Biffle will practice the No. 51 Kyle Busch Motorsports Toyota for the Vankor 350. Regularly scheduled driver Kyle Busch will race the truck in the event.

Less than a day later, Kyle Busch Motorsports announced Biffle will pilot the No. 51 truck at Texas in July.

“As we were putting the finishing touches on our driver lineup for this year, we found ourselves looking for someone to drive the No. 51 Tundra in the June race and we are fortunate to be putting a driver of Greg’s caliber behind the wheel,” Busch said in a team release on Thursday. “I’ve been friends with Greg for a long time and we’ve always joked about how it would be cool for him to drive trucks again. When this opportunity came about, the talks got serious and we both decided it was smart decision.”

While this news comes as a bit random, Biffle is no stranger to TMS. In fact, he made his announcement by posting on Twitter a photo of him in Victory Lane at the track.

So it’s been a few years and everyone’s been asking when… Tomorrow I will return to the track @TXMotorSpeedway for some practice in the @KBMteam 51 truck… pic.twitter.com/S5NguNzfcp

“I’ve always said that I would return to NASCAR in the right situation and when Kyle and I started talking about that KBM needed a driver for the June Texas race, I felt like this was the right opportunity to return to the track and I’m thankful for the opportunity to be able to drive such good equipment,” Biffle said. “I started my career in the Truck Series and it was one of the greatest times of my life, so it’s going to be a lot of fun to get back behind the wheel of a truck.”

Biffle is an accomplished driver at Texas. In his Truck Series championship season in 2000, he led 120 of the 167 laps and won the Pronto Auto Parts 400K.

Greg Biffle has been out of NASCAR for a few years now though. His last NASCAR start came in the Cup Series 2016 season finale at Homestead. Afterwards, he failed to land a NASCAR ride after spending his entire career with Roush Fenway Racing.

Biffle also has 20 NASCAR Xfinity Series victories, and he won the 2002 championship in the series. Although he lacks a Cup Series championship, Biffle came close in 2005 when he finished second in the championship standings. He won 19 Cup Series races.

Why? Just because they can or does Kyle have a previous engagement? There seems like there should be more to this story.

I will not watch another truck race or Xfinity race until KB is not in the field. Watching him beat up on the wanna-bees and dominate week after week has no interest to anyone but his diehard fans.

Bill B – something more to this.

LOL what about all the other cup drivers racing in those series? This is solely a KB thing and not a Cup driver thing, everyone seems for forget the Earnhardts, Mark Martin, Elliot Sadler, Kevin Harvick, Jimmie Johnson, Austin Dillon, BK, Logano….the list goes on and on with cup regulars racing in that series through out its existence. The same fans support Petty’s stats where he went out and beat Wed night “Cup” competition against low budget local “wanna-bees”. So sick of this topic, it was never an issue till the spoiled kid from Las Vegas schooled the competition.

“the list goes on and on with cup regulars racing in that series through out its existence”
Every week?

Anytime I watch an xfinity race that is held at the same track cup is racing at I will see a cup driver in the field. Not sure what your question, every week, is about as NASCAR limits their starts.

The first two lines make a statement. Probably from KBM PR page. The rest is from Biffle’s bio. What happened to investigative reporting?

Maybe Sam wants to spend more time with her babies and doesn’t want Baby Busch practicing in the three series.