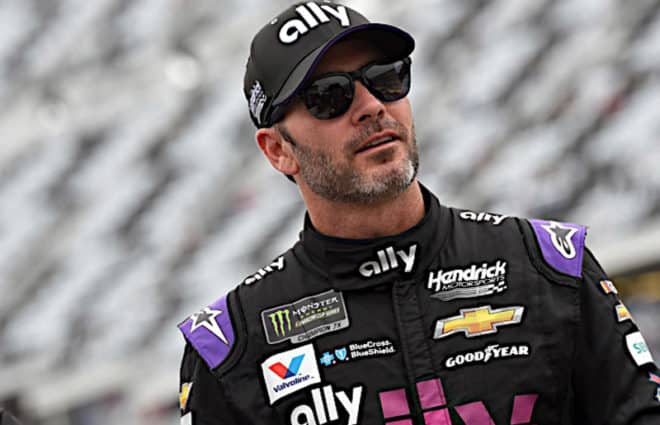 Odds and Ends Around the Track: Texas Spring

Odds and Ends Around the Track: Texas Spring

If you have been listening to my NASCAR segment on 105.7.FM The Fan in Milwaukee, on the Final Inspection Radio show with Steve Zautke, you might recall that I told you two things: big changes were coming to the NASCAR schedule, sponsorship and rule package very soon and secondly, I told you not to worry about Jimmie Johnson. One out of two ain’t bad.

Martinsville Speedway is as old fashioned as they come. Walking through the tunnel into the infield you can hear the murmurs of the track ghosts singing out to you. Or maybe that is just your stomach letting you know a trip the hot dog stand is like voting in Chicago… something you have to do early and often. This track abhors huge victories because no matter how far the leader tries to get away, when he gets caught up in lapped traffic the lead will shrink fast.

But Sunday at Ye Olde Paper Clip, it didn’t matter what anyone tried to do with strategy or using lapped traffic to their advantage because Brad Keselowski gave them everyone good old fashioned whooping. Keselowski drove super consistent all day long. The last time anyone led that many laps in a race anywhere, Kyle Petty’s ponytail didn’t need hair dye. The fact Keselowski did this in the day and age of stage racing is even more amazing. Racing was indeed great all day in the pack and plenty of drivers came back from penalties to race back into the top 10, so you could pass anyone but Bad Brad. Keselowski just handed out an old fashioned butt-kicking at the oldest of old-fashioned tracks.

It’s officially time to start worrying about Jimmie Johnson. His performance, or shall I say lack of performance, at one of his best tracks is frightening. Age catches up to NASCAR drivers at different times for different drivers and different reasons. There is no doubt the new aero and engine package being run at the larger tracks this year is absolutely the worst package for Johnson’s driving style. But at the two flat tracks where Seven-Time used to dominate, he has struggled to stay on the lead lap.

Technically, Johnson is still clinging to the final position in the NASCAR playoffs which is more of an indictment that too many drivers make the playoffs in this day and age. It hasn’t been race-ending crashes that have hurt Johnson either. After the first six races, he has been running at the finish all six times, but only three times on the lead lap, and he twice finished two laps behind.

I don’t want to hear about bad luck or bad equipment because other guys have had worse luck and Chase Elliott has challenged for wins. Some guys retire with a little left in the tank like Rusty Wallace. Others knew the time was coming like Mark Martin and wanted to exit before the slide. Others have had that DJ look (Dale Jarrett) where they suddenly look like a shadow of themselves, as Johnson has to start the season.

NASCAR fans are the impossible wife for NASCAR, the husband to keep happy.

“We need you out on the road making more weeks,” say the fans, and when NASCAR gives us 38 race weekends, “That’s too many.” “The racing has gotten boring with all of these long green flag runs,” say the fans until NASCAR responds with the stage racing format and the fans say, “We want traditional racing back.”

“The cars all look the same make it stop,” says the fans so NASCAR makes some changes and the fans scream, “Toyota has an obvious advantage.”

“Why do you always keep the same races on the same weekends, that is getting so old,” whine the fans.

So NASCAR announces major changes for the 2020 season, and the fans say,“You’ve ruined the tradition of July 4th at Daytona!” I wasn’t happy when NASCAR moved Chicagoland Speedway out of that first Chase, excuse me, playoff race spot and into the bowels of heat of the summer, but I understood change was needed. I like starting the season at Daytona International Speedway, but that wasn’t always the tradition in NASCAR either folks.

I also love ending the season at Homestead-Miami Speedway which has become the best track of its size on the schedule. Will the racing at ISM Raceway get better in 2020 with another new rule package? I have no clue and neither does NASCAR, and they don’t care either that the move to Phoenix is being made because of a sponsorship deal that hasn’t been announced yet.

If you haven’t noticed, the last of the big dollar naming rights sponsors in Monster Energy, which isn’t even that big anymore, is leaving after this season. NASCAR had to shake things up to attract new money to the sport — it’s that simple. The new NASCAR schedule reaction was predictable, but it was also necessary for the health of NASCAR in the future.

Does anybody have a clue if Texas Motor Speedway will be different than Las Vegas Motor Speedway, Atlanta Motor Speedway or even Auto Club Speedway? This track has had so many facelifts over the years, it’s hard to decipher any trends here any more, and this is the first race at the track with the new aero and engine package. It would be foolish to look past Team Penske or Joe Gibbs Racing since they have dominated the season at the “package tracks” so far.

Win: Joey Logano-should start up front and stay in the mix all day

Place: Kyle Busch-only a fool would not have Killer Kyle in their top three, and I ain’t no fool

Show: Martin Truex Jr.– always in the hunt at every race and a smart choice on larger tracks

Long Shot: Denny Hamlin-betting on machine more than driver. His only two wins were back to back in 2010, but I would bet on him at 25-to-1 odds anywhere

Dennis a.k.a. DMIC has been covering NASCAR racing since 1998. After spending 23 years as a professional weather forecaster, Dennis still didn't know what he wanted to be when he grew up, so he started covering auto racing full time. He is the moderator of the Race Track Business Conference - an all-day educational seminar covering the business of speed - and is the owner of DMIC Media & Marketing where he spends his time mouthing off about all kinds of sports. He is also the play-by-play voice for the professional Ultimate Disc team the Chicago Wildfire of the American Ultimate Disc League. Dennis can be heard every Saturday on The Final Inspection on 105.7FM The Fan in Milwaukee, Wis. talking NASCAR, and you can listen on the Radio.com app.
Previous Garrett Smithley To Do Triple-Duty At Texas
Next Eyes on Xfinity: Brandon Brown Putting Marketing Degree to Use in NASCAR 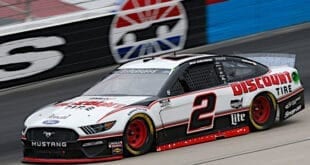