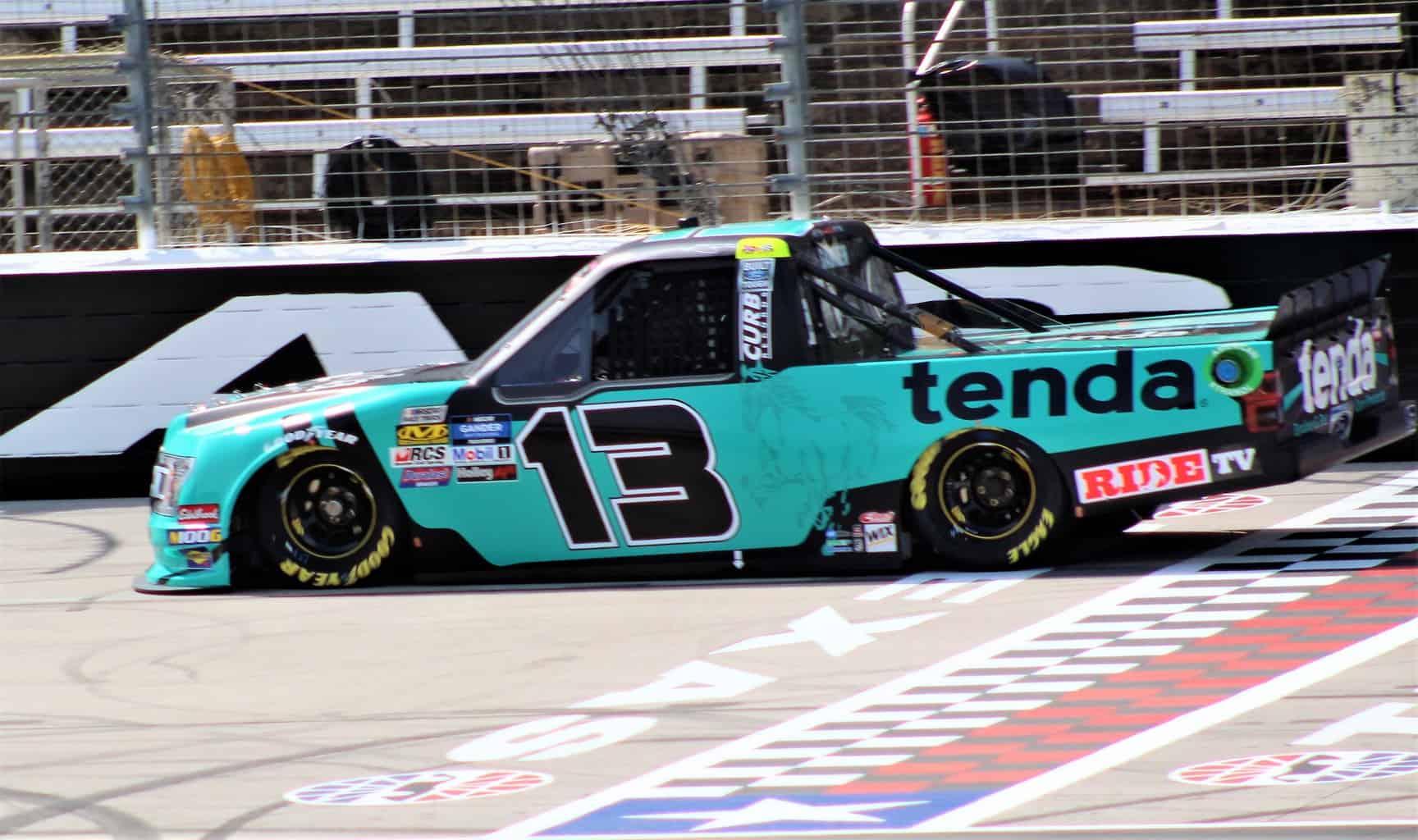 Sauter’s ThorSport teammate Grant Enfinger topped the leaderboard for much of the first session before he was knocked to the second spot by a 185.580 mph lap by the driver of the No. 13 Ford. Ben Rhodes was third-quickest followed by Kyle Busch. Brett Moffitt rounded out the top five.

Greg Biffle, who’s splitting practice time behind the wheel of the No. 51 Toyota with Busch ahead of his start in the Truck Series’ visit in June, spent most of the first session in the truck but ran well outside the top 10. He claimed he didn’t want to do anything stupid like wrecking the truck.

Rookie Sheldon Creed was sixth quickest, followed by Hill. After running sixth-quickest earlier in the session, Matt Crafton ended up eighth. Stewart Friesen and Harrison Burton rounded out the top 10.

The only incident in the first practice was a fire on Bayley Currey’s No. 1 Toyota late in the session.

Umm… That's not supposed to be smoking like that. #NASCAR pic.twitter.com/mNolgN6SOA

An hour following the conclusion of the first session, nearly 25 of the entered truck hit the track almost immediately after the green flag flew over final practice. With less than three minutes remaining, Hill jumped to the top of the leaderboard, edging Moffitt with a 185.816 mph lap. Brennan Poole was third, followed by Friesen. Todd Gilliland, who was 13th in first practice, rounded out the top five.

Busch, who led midway through the session wound up sixth, followed by Crafton. Anthony Alfredo, who ran 11th in first practice and took the top spot early, was eighth-quickest. Rhodes and Creed rounded out the top 10.

Currey was the only driver to not turn a lap in the final practice.