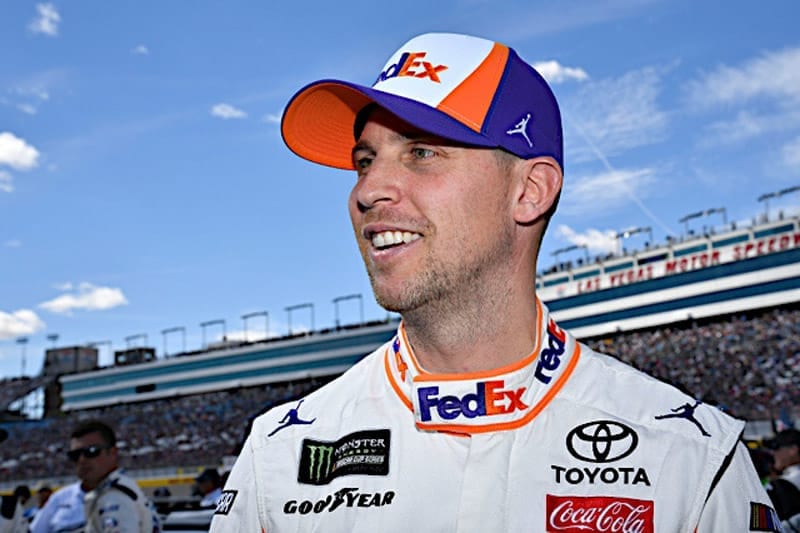 Denny Hamlin led a thrilling final practice at Texas Motor Speedway Saturday morning (March 30) with a 186.987 mph lap. Rainy conditions canceled the first of two scheduled sessions, giving teams just a single shot at the track in temperatures that are more than 20 degrees cooler than they were Friday.

Hamlin was followed by Joe Gibbs Racing teammate Kyle Busch. Team Penske’s Ryan Blaney was third-quickest, followed by Kurt Busch. Jimmie Johnson, who led first practice and all three round of qualifying on Friday rounded out the top five.

The latter parts of the session featured multiple groups drafting laps together.

Just a single caution slowed the session when fluid was reported on the track. It’s possible that fluid came from Alex Bowman, who suffered power steering issues that needed addressing by his team.

.@AlexBowman88 is talking about a possible steering issue. The team is in the garage to diagnose the problem.

The O’Reilly Auto Parts 500 will run Sunday afternoon (March 31) at 3 p.m. ET. Jimmie Johnson will lead the field to the green flag.