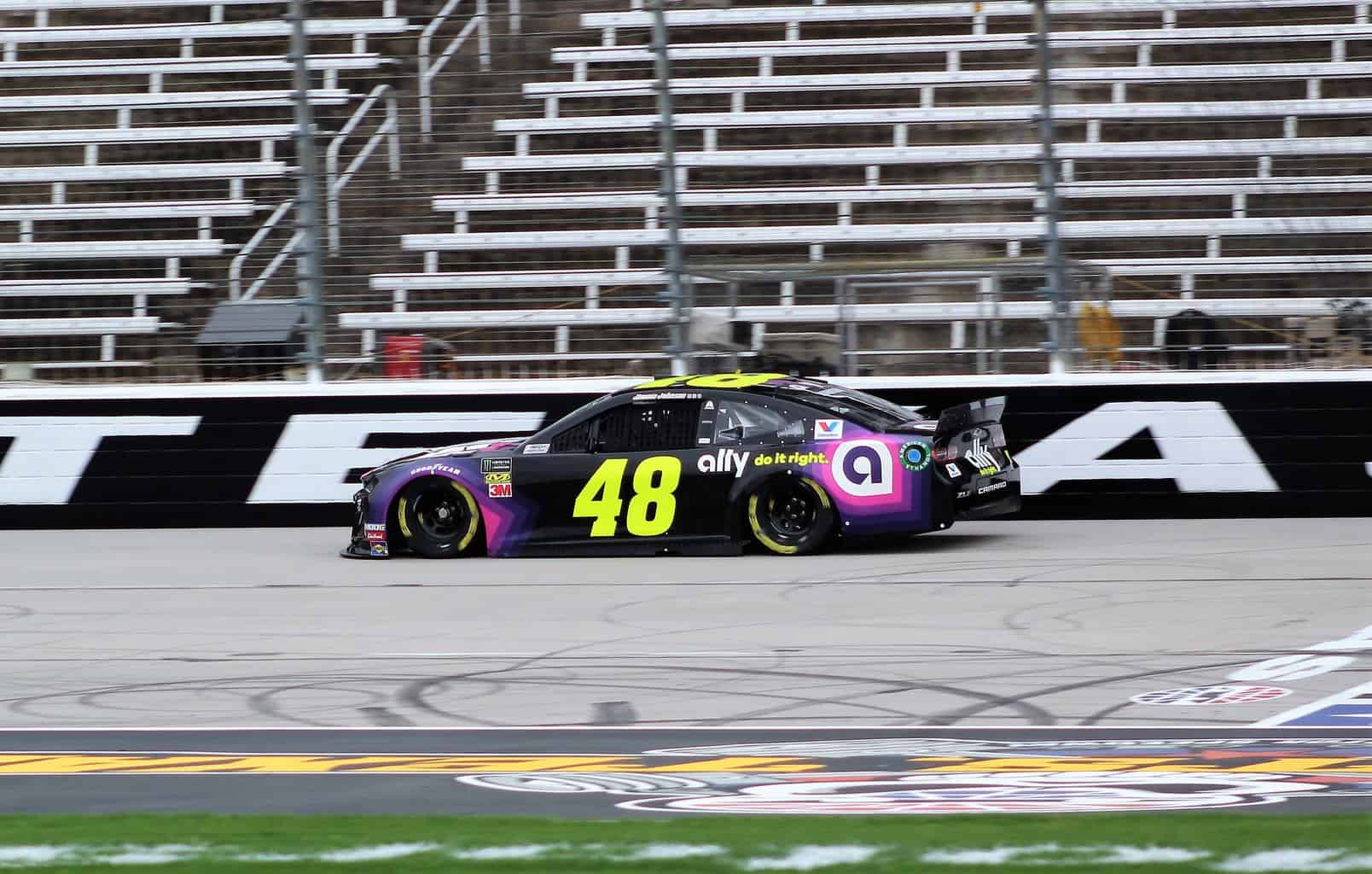 Jimmie Johnson walked away from the 2019 O’Reilly Auto Parts 500 at Texas Motor Speedway Sunday afternoon (March 31) with a smile on his face and his best finish since a third-place result at Bristol Motor Speedway last April. A fifth-place performance was also his first top-five result since Charlotte Motor Speedway last May.

And even though it wasn’t the victory the No. 48 team was looking for, they “are definitely moving in the right direction,” especially after a dismal showing at Martinsville Speedway last weekend (24th).

“For me, I was just trying to get a consistent weekend,” an exuberant Johnson explained after the race. “It is one thing to have one-lap pace, we needed that and we did that on Friday. Then, Saturday went really well. So, in the back of my mind, I was thinking we just needed to have a rock-solid day, and if we did that, then I could confirm to myself and to everyone else we are moving in the right direction.

For Johnson, it wasn’t a flash in the pan kind of race either. He led the first practice session on Friday (March 28), along with all three rounds of qualifying to score his first pole since New Hampshire Motor Speedway in 2016. Additionally, he was fifth-quickest in final practice but led with the top average speed in that session.

“I feel like over my career good Fridays mean good Sundays,” Johnson said after qualifying. “I’m thankful to have just raw speed in the car and I think it’s that.”

Fast forward to race day and not only did Johnson lead the field to the green, he also held onto the top spot for the first 59 laps, more than he led throughout the entire 2018 season. Johnson did relinquish the lead in a round of green flag pit stops, but once back in traffic, the No. 48 Chevrolet still showed solid pace. The team battled back from falling outside the top 10 to charge into contention during the final stage.

In fact, even a loose jack handle in the middle of the race wasn’t enough to derail Johnson’s run.

Trouble on pit road for @jimmiejohnson as the handle comes loose on the jack! pic.twitter.com/Ua6qmBlGEI

One solid race doesn’t indicate the season has turned around. But it’s a hopeful sign for Hendrick Motorsports as a whole.

“I think we’ve found some really good direction and this is a great learning point for us,” Johnson explained. “Vegas went so bad. We just scrapped it all and started over. Fontana was OK, but still not what we needed.”

Johnson’s fifth-place finish highlighted what was a strong weekend for HMS. The organization swept the top three starting positions with him on the pole. William Byron, who tied his career-best finish with a sixth-place run, started second. Meanwhile, Chase Elliott, who took the checkered flag 13th but led 35 laps early in stage two, qualified third.

The only outlier was Alex Bowman, who crashed his primary car in round one of qualifying on Friday and had to start at the rear of the field in a backup car. He ended the race 18th, one lap down.

“For the No. 48, No. 24 and No. 9 were all good. Not sure what happened with the No. 88 but the majority of our cars all ran really strong today, so I feel much better about things. All the cars had speed in them. We have great information to go forward with.”