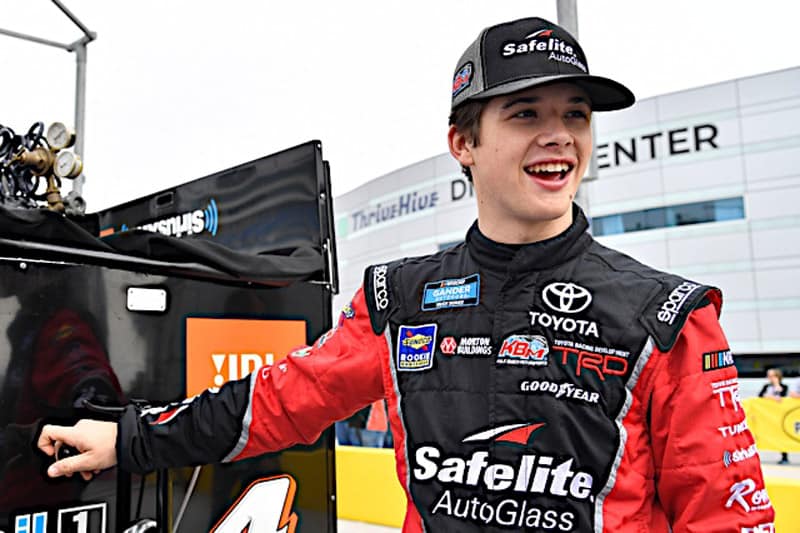 This weekend at Bristol Motor Speedway, 18-year-old Harrison Burton will make his NASCAR Xfinity Series debut. The teenager will take the next step, driving the No. 18 Toyota Supra for Joe Gibbs Racing on April 6 in the Alsco 300. It will be the first of eight races this season for the young driver, a schedule announced Monday (April 1) through a Facebook live video on the Joe Gibbs Racing page.

“Harrison continues to impress at each level of his racing career,” Steve DeSouza, executive vice president of  Xfinity Series and development for Joe Gibbs Racing, said. “Ben (Beshore, crew chief) has the No. 18 team off to a strong start this season and we believe Harrison will continue that momentum for us starting at Bristol.”

Burton will have DEX Imaging, which has backed him for several years, on the car during those eight races.

“It is going to be a life-changing experience for me,” Burton said during the live-streamed JGR announcement. “I’ve been working my whole life for this.”