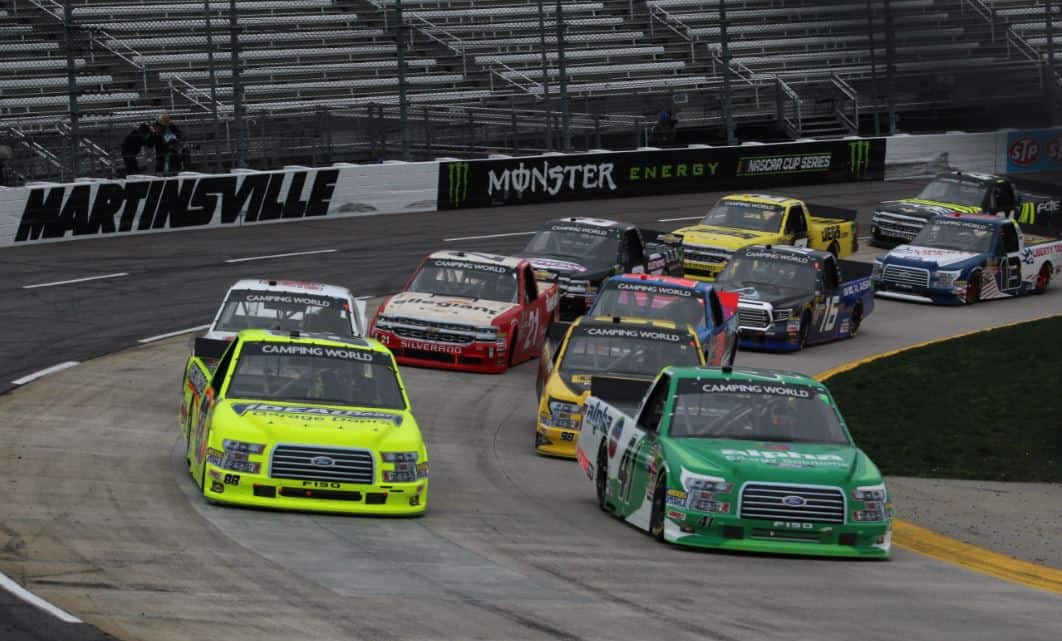 NASCAR released the 2020 schedules for both the Xfinity and Gander Outdoors Truck series on Wednesday afternoon (April 3).

Both season finales are moving from Homestead-Miami Speedway to ISM Raceway, which was to be expected after the release Monster Energy NASCAR Cup Series schedule release, but the length of the schedules remains the same. Xfinity teams will run 33 events, while the Truck Series will continue to run 23.

Also, the Xfinity Series will return to Martinsville Speedway, where the series hasn’t been since 2006.

“The NASCAR Xfinity Series and NASCAR Gander Outdoors Truck series were both built on short-track racing, and it is important that short tracks remain a prominent part of our series schedules,” Ben Kennedy, NASCAR managing director of racing operations and international development, told NASCAR.com. “We returned to our roots in many ways with today’s announcement. Martinsville and Richmond were part of the original Xfinity and Gander Trucks schedules, and we’re excited for their return as part of a strong overall slate.”

The Truck Series will return to Richmond Raceway for the first time since 2005.

Among the changes in the Xfinity Series, the Homestead race moves to March 21, Atlanta moves back to March 14, Richmond becomes the regular season finale on Sept. 11, and the second Daytona race is pushed back to Aug. 28 from early July. Bristol and Las Vegas were inserted into the playoffs for the first time as well.

The Truck Series sees its Homestead date move up to March just after Atlanta, Michigan becomes the regular season finale on Aug. 8 and Gateway becomes the opening playoff race. Richmond will also be visited in April.

Also, both Xfinity and the Truck series will race at Pocono Raceway during the Cup doubleheader weekend, making four races in 48 hours.

“I definitely think it’ll be a bucket-list item for fans,” Kennedy said. “It’s going to be a unique piece of our schedule for all three series.”

So other than the last race of the year what really changed??? Looks like the same old, same old.

Tracks added for both series, but same number of races?

What was removed? Come on reporter, report! :D